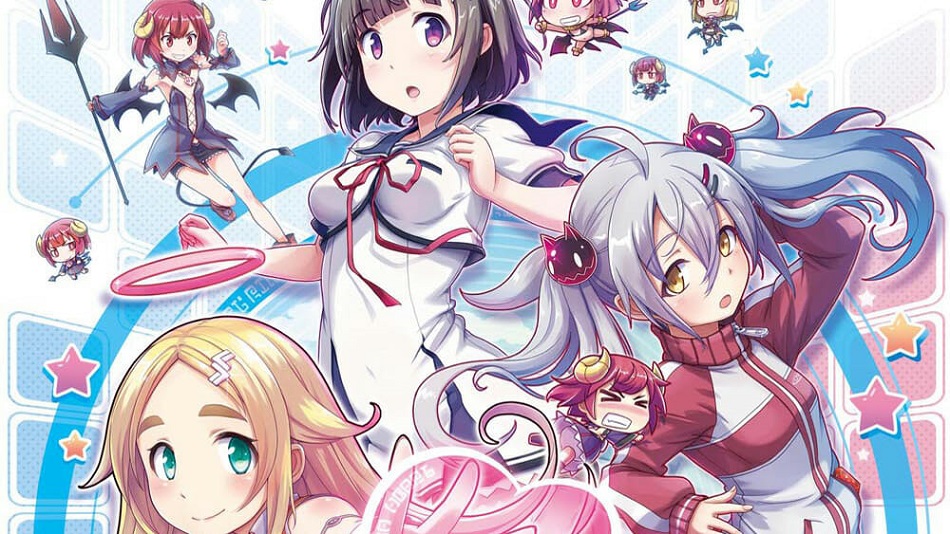 LOW Trying to figure out the exact path to the endings.

A high-school romance rail shooter, Gal*Gun 2 is set in a cosmically horrifying world where corporate angels battle prankster demons on the battlefield of human emotions. It’s sweet and cute, and at the same time slightly disturbing when an angel casually observes that the most tragic thing is seeing someone pine after a person that the angels haven’t decided to match them with – in this game, all human pairings are governed by the work of Cupids. The devs are largely uninterested in the free-will implications of its storyline, however, as it’s the kind of light comedy in which a character can find out that they’re half-demon and respond with little more reaction than ‘huh, well that explains a lot’.

Set in a Japanese high school, Gal*Gun 2 casts the player as an ordinary student whose life is thrown into an uproar when he’s recruited by an angel to prevent a demon from causing a disaster on campus. To accomplish this, he’s armed with some AR goggles and a gun that can either defeat demons with Cupid bullets or suck them up with a vacuum. The one drawback is that carrying these items causes the user to become irresistible to the opposite sex. They become so irresistible, in fact, that they would happily tear the hero apart to be closer to him. His only option is to stun them with Cupid bullets or vacuum up their clothes, leaving them in such a state of bliss that they forget to attack him. 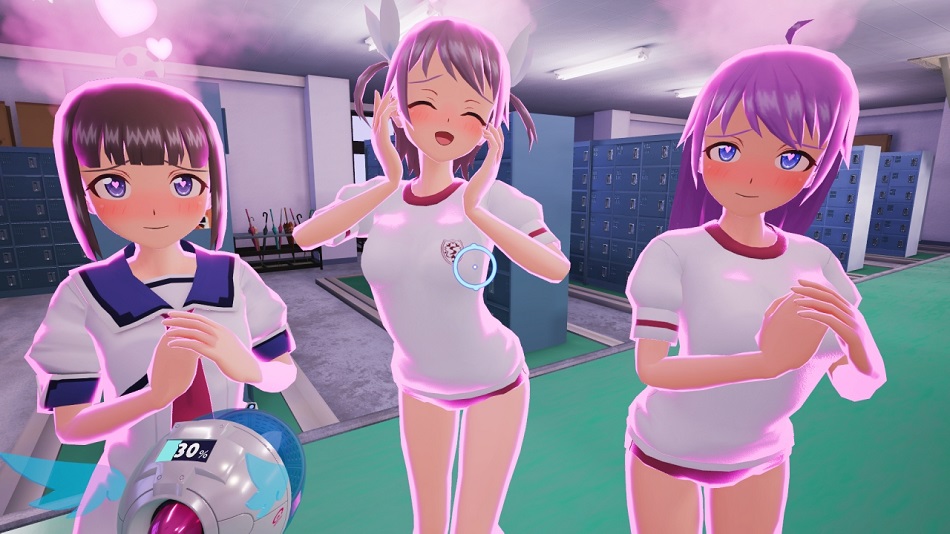 As a rail shooter, Gal*Gun 2 has surprisingly robust gameplay options. The player chooses a mission, either from the main plotline, the character-based side stories, or free missions that crop up, and does one of a few different shooting activities. These range from the completely tame ‘defend girls from demon possession’ in which the player must defeat miniature demons that fly towards their prey in swarms, all the way to the openly salacious ‘demon exorcism’, in which players have to locate specific places on a girl’s body where demons are hiding, then blast the demons out to the sound of appreciative moans.

The maps are built with considerable care, each one offering multiple paths through depending on which type of mission is being played. Where players might crawl through vents sniping amorous teens in a combat mission, in an item-search they’ll be asked to search high and low for key items by leaning around obstacles and using the vacuum to move items. Gal*Gun 2 has a 20-day limit to the story, with the player able to take on up to two missions a day, so there are more than enough maps and mission types to full up those 40 slots without it ever feeling too repetitive. 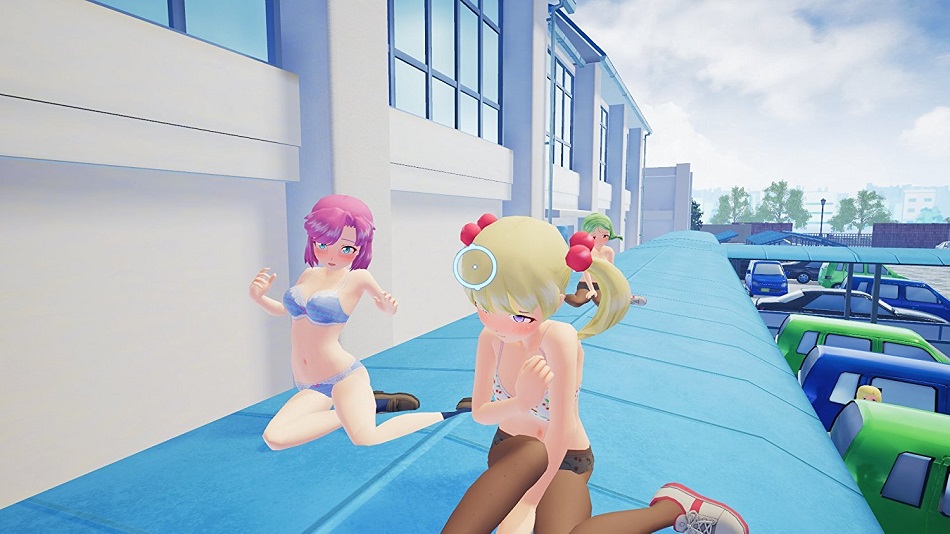 For a game so clearly built around the indulgence of fanservice, the game is generally chaste in its portrayal of relationships. There are romance pathways with a number of different characters, and while the player gets to choose how to respond in conversations on a scale from sweet to perverted, the relationships are treated with a deft hand, focusing more on sweetness than anything else. This attitude even extends to the extra dates, in which the player can call up girls (or even teachers) they’ve met in side missions and meet them for conversation and light nudging. It leans heavily towards cuteness rather than lasciviousness, even though the player always has the option of sucking up their date’s clothes with a vacuum gun, which naturally precipitates an abrupt ending to the date.

With a few decent plot twists and likeable characters, Gal*Gun 2 is a satisfying relationship comedy with a solid rail shooter at its core. With multiple endings and dozens of girls to meet there’s a robust amount of content, never falling for the trap of offering just a handful of missions with no reason to come back after a couple of hours. As games about supernatural romance go, it will be difficult to find one cuter or sweeter than this one.Rating: 8 out of 10

Disclosures: This game is developed by INTI Creates and published by PQube. It is currently available on PS4. This copy of the game was obtained via publisher and reviewed on the PS4 Pro. Approximately 15 hours of play were devoted to the single-player mode, and the game was completed. There are no multiplayer modes.

Parents: According to the ESRB, this game is rated M and contains Sexual Themes. While the game is mostly sweet and tame, it’s also decidedly lewd. There’s plenty of time spent around high school girls in swimsuits, gym outfits, and yes, their underwear. It’s never excessively sexualized or predatory – the main character is trying to defend himself from the amorous advances of mind-altered girls, after all. Still, the game is absolutely packed with half-naked teenagers, so take that as a clear warning.

Deaf & Hard of Hearing Gamers: All dialogue is subtitled and there are indicators onscreen pointing to whichever direction attackers are present in, long before they actually attack. I played much of the game with no audio, and this is as Deaf-friendly a shooter as I’ve encountered. The subtitles cannot be resized. 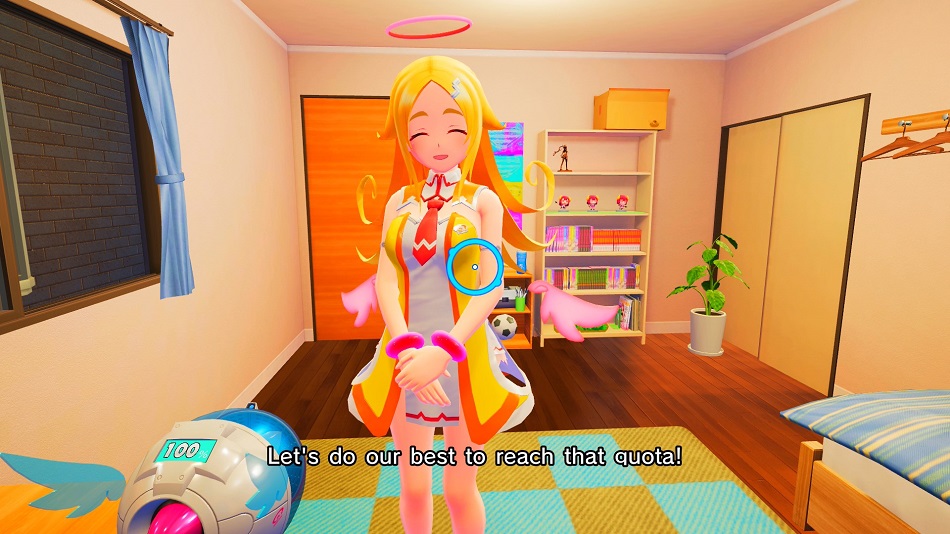 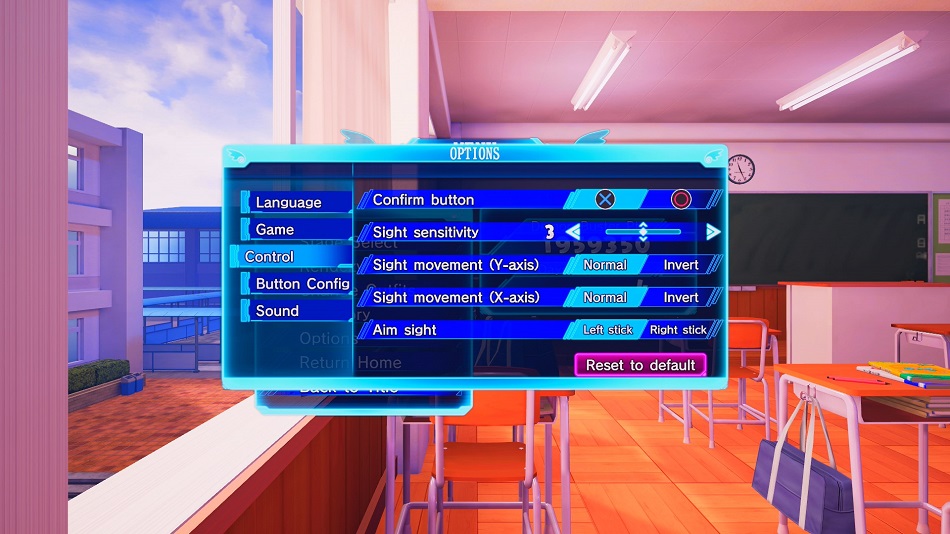