Better To Remain Silent Than Thought A Fool 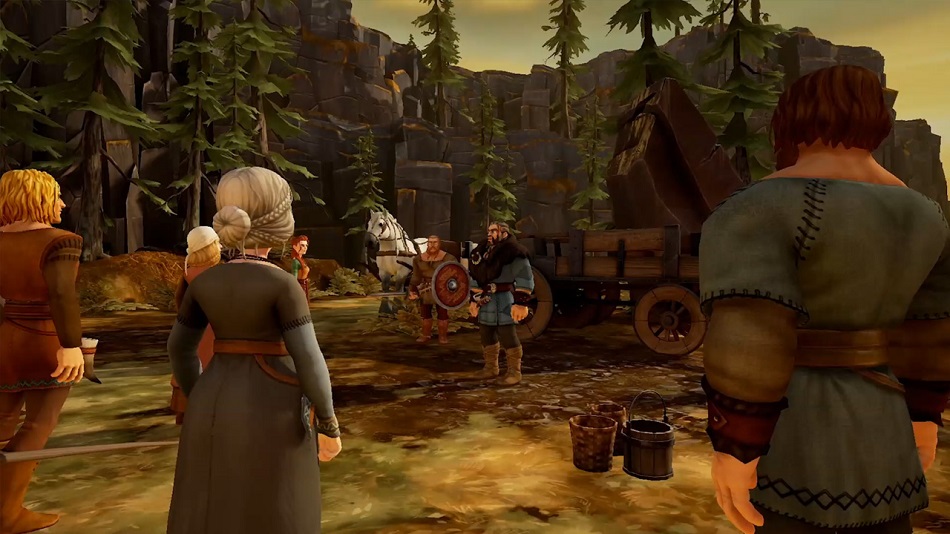 WTF Did I just wander into The Last Crusade?

The silent protagonist. It’s a tough thing to get right at the best of times. Optimally, it’s when the main character is a cipher for the player to the project themselves onto. And when it’s not  the best of times? Well, the developers of Fated: The Silent Oath do themselves no favors by building a plot-focused experience around a main character who isn’t able to express himself with anything other than nods or shakes of his head.

Fated is a first-person title for PSVR that takes the player through the aftermath of cataclysm in a Scandinavian village. The heart of the experience is following the villagers as they try to put their lives back together, and then discovering the truth behind the tragedy.

During play, attention will mostly be focused on watching characters interacting with one another — the main character has a wife, child and some extended family. Throughout the hour-long runtime, the player will get to know them fairly well through solid writing and affecting voice acting, both of which do a good job of establishing relationships and then fleshing them out. Unfortunately, the player never gets to feel like anything other than a spectator due to Fated‘s central conceit — the main character is mute.

The tale opens with a Valkyrie offering the player a chance to return to life in exchange for his voice. On one level, this is a clever way of avoiding dialogue trees, and it’s not like the main character can write things down and pass a note to someone — most of the characters are illiterate. 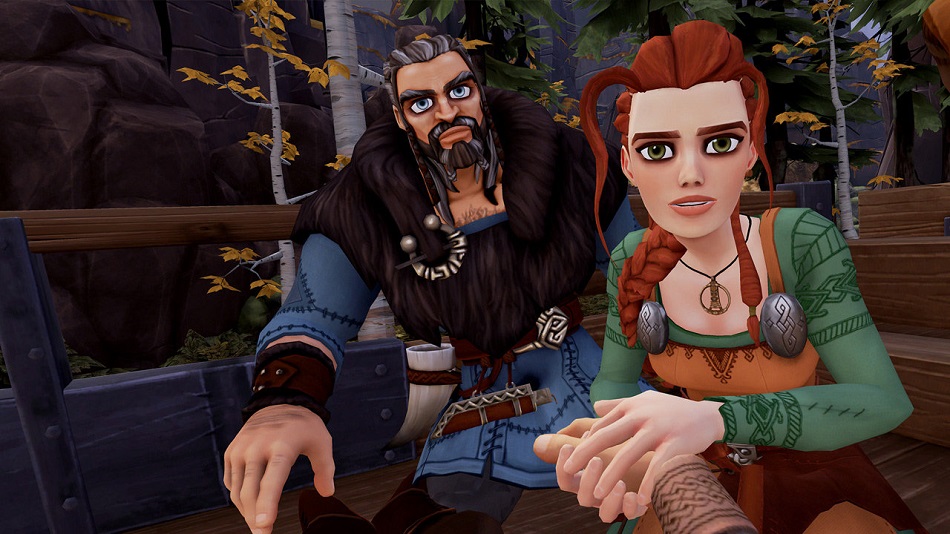 This setup would be acceptable if the main character was the kind of neutral personality whose actions define his character, but that’s not the case here. No, the developers have decided to give the main character an extensive and troubling backstory. It seems that this mute man is a lifelong atheist who never believed in gods, giants or warrior spirits. Now, that’s a fairly preposterous trait for a person living in that place during that point in history, but the real problem is that it sets up an expectation for the character to have a journey of growth.

We are in the shoes of a man who steadfastly refused to believe in the supernatural his entire life, and with the appearance of this Valkyrie he’s been proven crushingly, definitively wrong. One would expect that he’d have a strong reaction as the fundamental beliefs of his worldview are stripped away as a warrior angel restores him to life and assigns him a task. But, because the devs have made him a mute observer to the game’s action, his journey never even gets a chance to start. Why bother setting up for an interesting look at secular people at the mercy of the divine if it wasn’t going to factor into the narrative?

Despite the poor handling of the protagonist, the story largely works. The stage-setting exposition is well-written and intriguing to learn, and players get a broad overview of Norse Mythology, see potential villains established, and get a sense of the world that the characters inhabit… Until everything stops abruptly. The ending feels like it comes out of nowhere and attempts to pay off the main character’s arc, but only winds up feeling contrived and unsatisfying.

While Fated‘s narrative makes a few disappointing decisions, being in the world is spectacular. The lush forests, dank caves, and detailed characters are all fantastically drawn in a cel-shaded style, letting the player feel like they’re inside a fantasy world. Likewise, the ‘game’ segments — three action sequences and two puzzles — are well-handled. There’s even a thrilling chase that goes a long way towards reminding us just how effective a simple thing like speeding horse carts can be when the player is placed in the middle of the action via VR.

As a visual feast and a technical achievement, Fated is a success. This is a beautiful world to explore, and features some of the most interesting and unique design aesthetics available on PSVR. Much of the writing and all of the acting is admirable, and it’s only the strange choice to keep the main character so distant from the action that prevents this project from being an unqualified success. When viewed as a one-hour stroll through a unique environment, it’s a winner. When taken as a larger work, the developers bungled their chance to do something more resonant. Rating: 7 out of 10

Disclosures: This game is developed and published by Frima Studios. It is currently available on PSVR and PC VR. This copy of the game was obtained via publisher and reviewed on the PSVR. Approximately 1 hour of play was devoted to the single-player mode, and the game was completed.  There are no multiplayer modes.

Parents: According to the ESRB, this game is rated T and contains blood and violence. There’s quite a bit of blood here – people are killed, animals are hunted, and tragedy strikes over and over again. Some pretty dark material is at the center of the game, and despite the cartoonish look, it’s not for the faint for heart.

Deaf & Hard of Hearing Gamers: The game is borderline-unplayable for the hard of hearing, as it does not have any subtitles or visual instructions. Players will never know what they’re supposed to do or how to accomplish it. Don’t bother with this one if you have trouble hearing.

Remappable Controls: No, this game’s controls are not remappable, but it has a number of comfort options for people who have trouble navigating in VR.