I Want To Play Half A Game 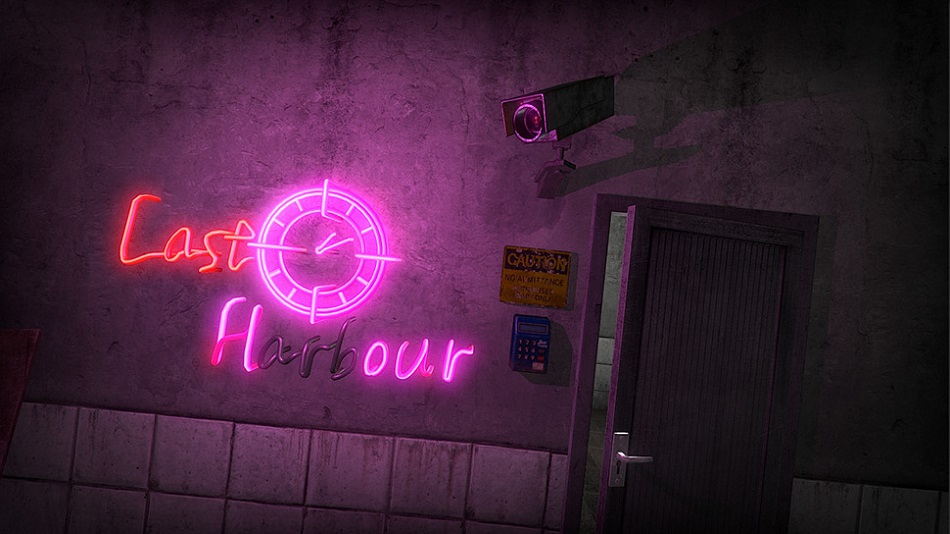 HIGH Working out the bar’s safe code by carefully examining the environment.

LOW Trying to figure which of the six digits I’m not supposed to use on a five digit lock.

An escape-room experience that cribs heavily from the SAW franchise, Dying: Reborn puts the player in the role of Mathew, a man looking for his missing sister in the town of Last Harbor. No sooner does he arrive in town than he finds himself clonked over the head and dragged to a derelict hotel, where a series of six (or three… but more on that later) games have been arranged. It’s up to the player to explore this first-person world and solve the puzzles that separate Mathew from his lost sibling.

In a highly unusual move, DR is available as two different games on the PS4 – one is for the base system, designed to be played on a standard monitor, The other is a half-price, less-than-half content version for the PSVR.

Playing both versions offers an interesting window into the development restrictions that virtual reality places on developers – the differences are mostly down to things being cut from PSVR such as lighting effects, moving objects in the world, and a story. It’s interesting to see both versions, but I find it more than a little strange that the VR levels weren’t included with the main game as a bonus feature to encourage owners to pick up Sony’s headset.

The story in question is surprisingly solid despite the obvious problems that the developers have with English. There are many instances of awkward phrasing and some truly baffling speeches from the fish-head-wearing villain, but the thrust of the plot is clear and effective, and the first-person adventure is a genre uniquely well-suited to tell this kind of horror story. Despite the often-shoddy production values, this is leaps and bounds ahead of the third-person action games that developers attempted to jam the SAW franchise into.

The generally good quality of the story is why it’s such a pity that it’s completely missing from the PSVR edition. 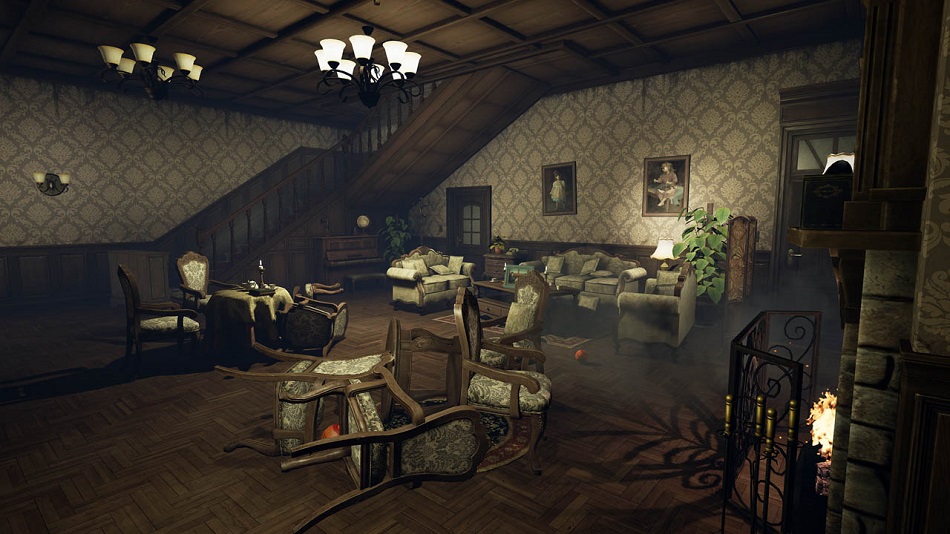 Whenever a story segment begins in the standard version, the game takes over the camera and points it in a direction relevant to the next bit of exposition. The developers weren’t able to figure out a way to do this in VR, so they elected to cut the story out of the game. The PSVR version features chapters 1, 2, and 4, and it stops abruptly at the end of its final level, offering no closure whatsoever to the storyline. This has the unfortunate effect of making the PSVR version feel like a demo for the main game, just whetting the player’s appetite for the full experience that the standard PS4 version offers.

While DR‘s puzzles aren’t the most taxing I’ve encountered, there’s a wide enough variety to keep things fresh for the entire two-plus hours it takes to complete the game. There are math, logic, and object-based puzzles, and a few of them have notable differences between the two versions, ensuring that someone could play both and have distinctly different experiences each time.

Unfortunately, at the time this review was written, there is a broken puzzle in the game. The developer doesn’t explain the rules of a number-to-letter translation based-puzzle, creating a baffling situation where the player is presented with six numbers to enter into a five-digit code box, and no logical means by which to determine which number they’re supposed to drop. The puzzle can be completed with simple trial and error – the game does show which order the numbers belong in, after all, but a little more work on the developers’ part could have avoided a lot of frustration.

With its bleak atmosphere and intriguing story, Dying: Reborn is an acceptable effort, bringing the escape room experience to consoles in an interesting, if often disturbing fashion. The PSVR version, while a little more viscerally effective, just doesn’t feel like a complete experience to recommend. Add in some weird glitches that make examining items in VR exceedingly difficult, and the result is the opposite of Resident Evil 7 – this is a VR-enabled game that’s much more satisfying when played on a standard television.   Rating for PSVR: 4.5 out of 10 / Rating for standard PS4 version: 6 out of 10

Disclosures: This game is developed by Nekcom and published by Oasis Games. It is currently available on PS4 and PSVR. This copy of the game was obtained via publisher and reviewed on both PS4 and PSVR. Approximately 6 hours of play were devoted to the single-player mode, and the game was completed.

Parents: According to the ESRB, this game is rated M and contains Violence and Blood. The ESRB says that the PSVR version is just a T, but I don’t know how that’s possible. There’s references to alcoholism, plenty of horror imagery, and even human organs left lying around. This is full-on horror any way you slice it, and it’s not suitable for younger teens by any stretch of the imagination.

Deaf & Hard of Hearing Gamers: Surprsingly, both versions are quite playable even without sound. PSVR players will have to look around a little more carefully, since they won’t have a camera inset letting them know when something has changed in the environment, but all of the puzzles are solvable without audio cues.

Remappable Controls: No, this game’s controls are not remappable. Both versions are played exclusively with the DS4.

it shouldnt be reborned