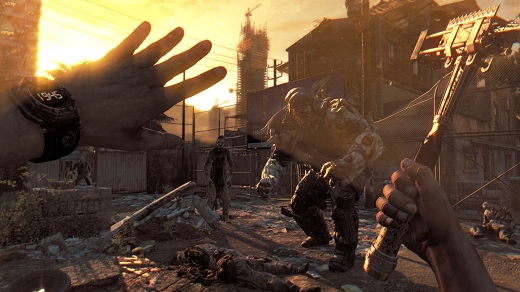 HIGH Watching a horde of zombies immolate as a molotov explodes in their midst.

LOW Falling off a zipline to my death for the tenth time in a row.

WTF Sure, I'll just toss all this medicine in a fire. No chance it'll be useful later!

Dead Island had problems. Many, many problems.

But it also had promise.

As a ‘first-person open-world zombie killer' years before they started clogging Steam's Early Access Channel, it was fresh and vital. But, its real appeal was what it promised.

With the rough edges sanded away, with a complete overhaul of the economy and crafting mechanics, and with an excision of all the sexual assault, Dead Island could have been something incredible. Sadly, the semi-sequel, Dead Island: Riptide, was absolutely not the leap forward the franchise needed.

On the other hand, Dying Light is everything Dead Island wanted to be, while going on to deliver even more. Growing past its roots, it's an incredible game in its own right.

As a Dead Island spin-off in all but name (many of the devs worked on DI, and most of its systems are ported directly) Dying Light moves the setting from tropical islands to the middle-eastern city of Harran, which has had its preparations for the 2016 pseudo-Olympics foiled by a pesky outbreak of a zombpocalypse.

Players take on the role of Crane, a mercenary employed by the 'Global Relief Effort' to retrieve a vitally-important file which could point to a cure for the plague. Complications ensue when it turns out that the info is in the hands of a warlord who's busy building himself an empire within the shattered remains of the city. It's a familiar setup and effective enough as a springboard for an action story, but generally uninspiring. Where the writing does impress is in its character moments and philosophical depth.

The tower that serves as the hero's hub has a good number of interesting characters whose opinions about the end of world are worth listening to. The conversations delve into survivor guilt, the meaning of sacrifice, and the central question of proper social construction. It's standard zomb-fic material, but it's written well and presented seriously enough to make for interesting viewing.

On the other hand, most of the game's human villains aren't shaded at all, and come across as generically monstrous. Strangely, Crane himself does a couple of inexcusably stupid things that don't fit at all with how the player is supposed to think about the character. Still, the campaign remains more than compelling enough to warrant playing through to the end.

Technically, it's amazing how much Dying Light has done to fix some of the problems that plagued Dead Island.

The first thing they did—thankfully—is to get rid of 'levels'. No longer will players find themselves bedeviled by overpowered zombies with heads that can magically withstand dozens of strikes from a low-level club. Now zombies are always zombies, and the same creatures who forced me to knock them off their feet and repeatedly bash their heads with lead pipes at the beginning fell like tenpins with a late-game bastard sword. Arbitrary math has been removed from the combat. 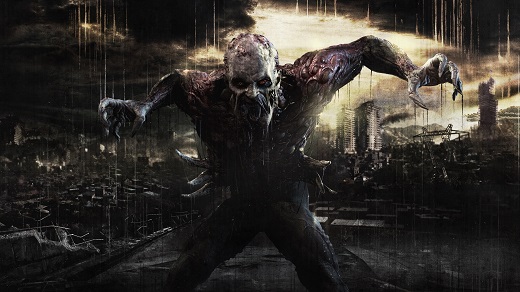 The skill system has been elegantly crafted to keep players feeling involved in their character's progress. Rather than generic 'experience points' paying for everything, Dying Light classifies the player's achievements in three different ways: Survivor, Agility, and Combat. Vaulting over walls and sprinting past zombies unlocks new parkour techniques. Crushing skulls lets Crane get better at slaughtering foes, and helping other survivors unlocks new traps and crafting recipes. It's a very naturalistic approach to the experience system, and it manages to make players feel like they're learning alongside Crane—a fact highlighted by the game's treatment of firearms.

While shooting human enemies is occasionally necessary, it's almost never a good idea to cap zombies. The loud reports attract unwanted attention, but the bigger issue is that it provides almost no experience points. It makes perfect sense. After all, Crane is already good at shooting people, so headshotting a crowd of zombies isn't going to push him to get any better. It's only when he (and by extension, the player) are challenged to try something new that they start seeing real rewards. It's a fantastic example of developers using systems to encourage different types of play while still giving players the freedom to engage however they want. Nothing is stopping players from using the hundreds of guns left lying around Harran, but there are clearly better ways of dealing with the undead.

All of Techland's improvements to the Dead Island formula are huge successes here, but the real standout in Dying Light is the parkour mechanic. It's the best I've come across in a game.

Fluid traversal is a tough thing to get right, and the limited field of view offered by the first-person perspective usually makes jumping more difficult. Dying Light manages to transcend these obstacles, and rather than being held back by its perspective, uses it to create an unparalleled sense of motion. Sprinting captures the essence of rapid acceleration. Vaulting over low walls and scrambling up to rooftops feels like an exhausting triumph. And falling feels… Well, it feels terrifying. While the color-coded paths and helicopter chases of Mirror's Edge may have done slightly better in terms of cinematic presentation, Dying Light truly captures the improvisational spirit of parkour.

In fact, the parkour is so fully realized that I was shocked to only find three real problems with it. One is that the climbing mechanic works well on buildings, but hits real problems when asked to deal with irregular cliff faces. The Bionic Commando-style grappling hook Crane gets about halfway through the game makes getting to the tops of buildings easier, but if it isn't used in a completely open area, it has a bad habit of getting caught on geometry. Worst of all, there's a glitch which caused me to regularly fall off of ziplines just a second after starting my slide. Ziplines aren't necessary to navigate the map and the penalty for dying isn't very serious, but this issue got frustrating very quickly.

While the game is clearly designed as a single-player experience, the developers have included a multiplayer component which works quite well. At any point up to three additional players can jump into the host's campaign so that a flock of Cranes can team up to deal with zombie hordes.

In addition to simply helping with objectives, the game encourages friendly competition, both timing how quickly certain checkpoints are reached, and offering up dynamic missions during free-roam. For example, players might be given a prompt to see who can kill the most zombies or find the most loot in a set amount of time. If all players agree, a quick diversion begins within the area they're exploring. It's a completely non-invasive way to flip from co-op to competitive multiplayer (and back again) and it's great.

There's also an asymmetrical PVP mode, where one player 'invades' a group as a superpowered zombie that seems to be a mix of Resident Evil's Nemesis and Spider-Man. In this instance, the unlucky team are pulled into a mission that requires them to destroy a series of zombie nests while being hunted by a foe with terrifying powers. It's a well-designed inclusion, managing to let players fight each other without sacrificing the game's reality or themes.

Dying Light is a great experience from beginning to end. The combat is stellar, the parkour is a genre best, and it's taking place in an environment perfectly designed for the game's strengths. For all of its problems, Dead Island was pointing towards something great in the future, and it's clear that Dying Light is that something. The only thing that concerns me? How can Dead Island 2 can possibly reach the bar that Dying Light has set? Rating: 9 out of 10

Parents: According to the ESRB, this game contains: blood and gore, strong language, intense violence. Swearing, alcohol, drugs, literally hundreds of beheadings. Gosh, is there even a second in this thing that actually would be appropriate for your children to see? The answer, sadly, is no. Keep them as far from this one as you can.

Deaf & Hard of Hearing: You're going to have a little bit of trouble. Without noise to warn you about zombies, there are going to be plenty of nasty surprises. Fast-running and especially-strong zombies show up on the minimap, as do all human foes, but there are plenty of lumbering oafs waiting just around the corner to grab the unsuspecting. Without their telltale audio groans to warn of their presence, it's going to be a challenge. Fortunately, all dialogue is subtitled, so you won't miss any of the plot!