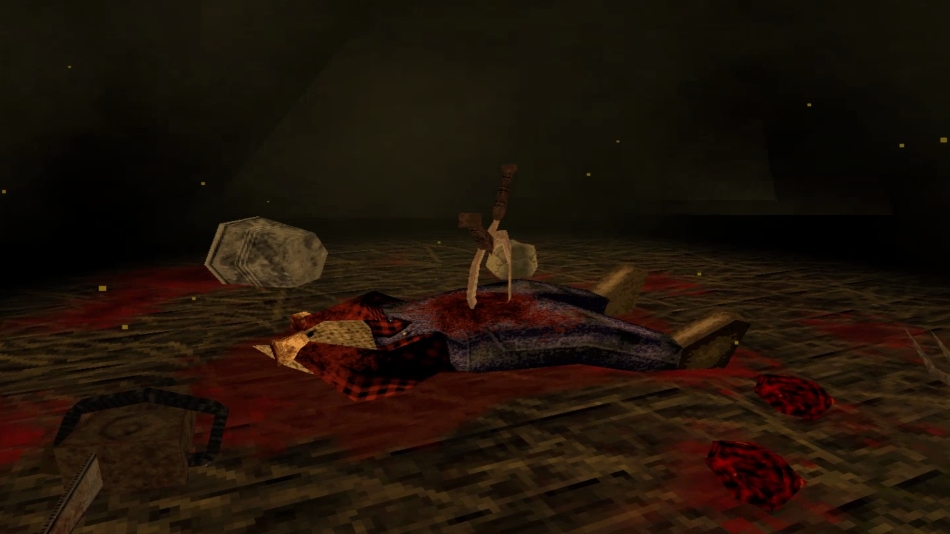 The best part about experimental retro games is the ability for game makers with some vision to explore an interesting idea – what if previous generations of devs kept making titles at a given level of technology rather than constantly chasing graphical improvements?

Take Dusk, for example. A horror FPS in its purest form, Dusk functions as a love letter to the gameplay and level design of Quake. The blocky foes, the open arenas built for circle-strafing, the floaty movement which creates the impressions that the player is constantly sliding on wet ice… In every meaningful way, Dusk IS Quake, just with its own set of paint and some original enemies. 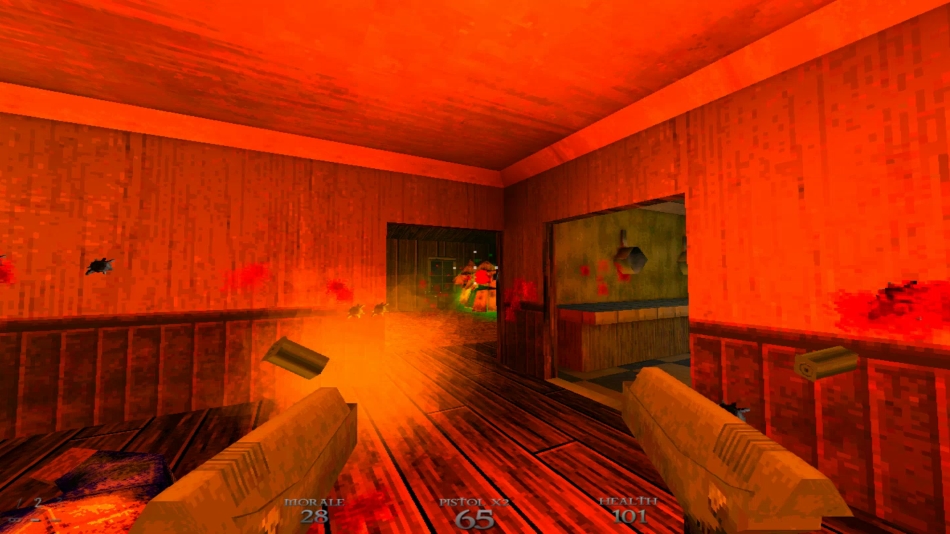 Opening in a blood-soaked sacrificial chamber underneath a farm, Dusk absolutely revels in rural brutality, throwing bizarre, over-the-top monstrosities at the player. There are acid-spitting cows, chainsaw hillbillies, shotgun-wielding scarecrows, even powerful wizards who wear outfits suspiciously similar to those of a popular white-supremacist organization. They’re all designed well – viscerally revolting, and visually distinct enough that they can be easily spotted among the blurred textures of the simple terrain. 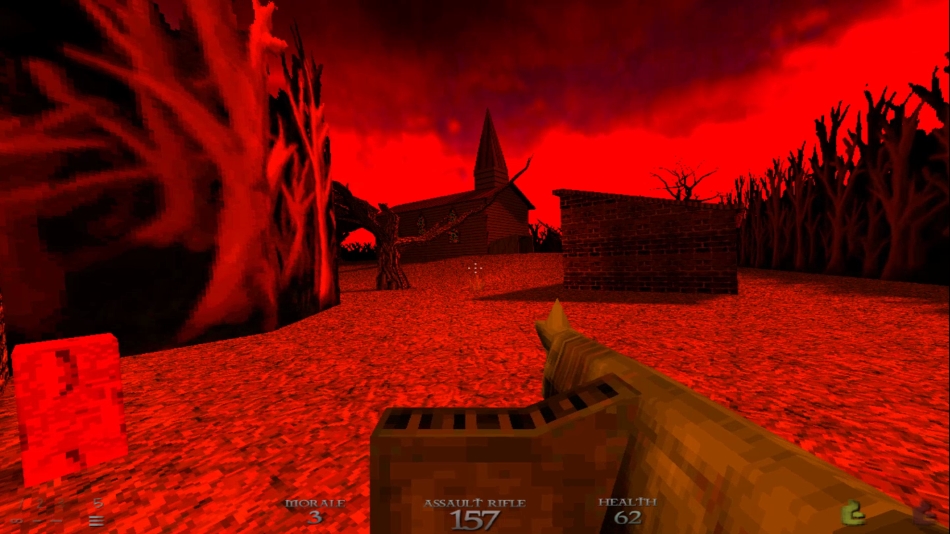 However, like many games from that bygone era, Dusk is needlessly oblique – it can be easy to get lost due to the lack of a map, and secret areas are oddly difficult to locate. I managed to find 2 out of a possible 30 in the levels I played! There’s also a mechanic that goes completely unexplained — as I found jewels throughout the levels, my ‘Morale’ would go up, and it would go down as I took damage. Is this just armor with a different name? Dusk doesn’t bother to offer details. 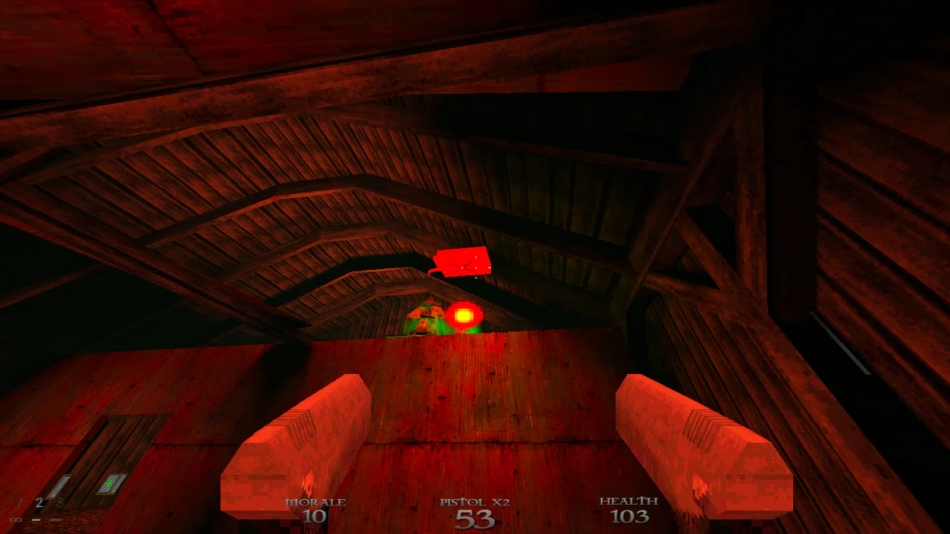 That said, at it’s best, Dusk is a high-octane bloodbath, This is a dispatch from a time when heavy metal was the default soundtrack of shooters, every death was accompanied by a flood of red pixels, and reloading was just for super shotguns and Rainbow 6 games. If the developers can keep their sights locked on their weirdly specific goal, they’ll wind up with something uniquely special — Dusk is the lovechild of Blood and Quake that’s been waiting 20 years to be born.