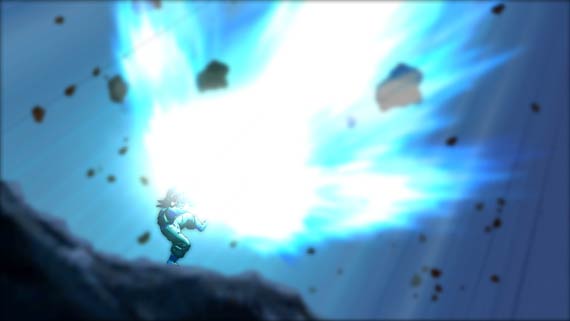 Parents should fine with even their younger teens playing the game. (It's teen-friendly to the point that even the series' rougher moments have had their edges sanded off. Goku doesn't get a hole blown in him, and Frieza never gets dismembered.)

Dragon Ball Z fans probably ran out and bought the game the day it was released, but on the slim chance that you didn't, go do that now.

Fighting game fans might want to check it out, but be warned, it just doesn't have the depth or complexity you're probably used to. That's not to say it isn't a fast fun fight, it's just that fast and fun are just about all it is.

Those considering getting into fighting games should definitely pick this up, as it's a perfect starting point. Never daunting, it lets the player get right into the action and start learning fighting game tropes on the fly. Kind of like a less confusing and random Super Smash Brothers.

Deaf and Hard of Hearing gamers should have no real trouble with the game. You'll be missing out on the wonderful voice acting, but everything is subtitled, and while there are plenty of audio cues in the fighting, they all have accompanying visual cues so you won't be left out or confused.