What Year Is It? 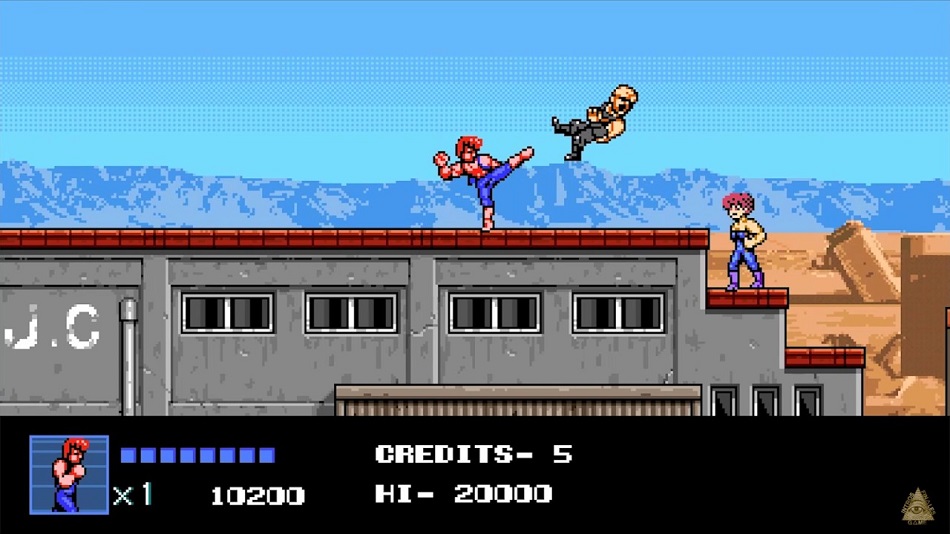 HIGH Unlocking the character who can kill anything with an invisible ki blast.

LOW Trying to beat that same character in the main game.

WTF Oh, Marian, will you ever stop getting punched in the stomach?

More of an experiment in nostalgia than an actual game, Double Dragon 4 takes players back to the early ’90s, and asks “What if there had been a fourth NES Double Dragon game”?

Following on the heels of the solid Double Dragon Neon, this is a bold direction for the series to take, especially since the NES Double Dragon games were not particularly good titles. That’s not to say I didn’t love them at the time, it’s just that while I can go back to Legend of Zelda, Metal Gear, and even Friday the 13th and have good experiences, Double Dragon 1 and 2 were largely terrible, thanks to cheap AI, inexplicable controls, and terrible framerate issues.

…And the less said about Double Dragon 3, the better.

In light of this, it’s a little strange to see a brand new game attempting to recreate those experiences exactly as they were — every terrible design choice and bad bit of code has been faithfully reproduced, with only a single technical improvement made: The framerate is now rock-solid, no matter how many characters appear onscreen at once. Sadly, this winds up creating problems of its own…

Set after the events of DD3, Double Dragon IV follows the Lee brothers on a trip that starts in the deserts of the American Southwest and ends at the base of Mount Fuji, with a dozen detours to beat up bad guys along the way. It’s remarkable how well the developers have captured the feel of Double Dragon 2 on the NES, which serves as this game’s visual and gameplay foundation. The character graphics are perfect, the combat is finicky, the AI is incredibly cheap — it even features a couple of ill-advised one-hit-kill platforming segments, which are, famously, the worst part of the series. 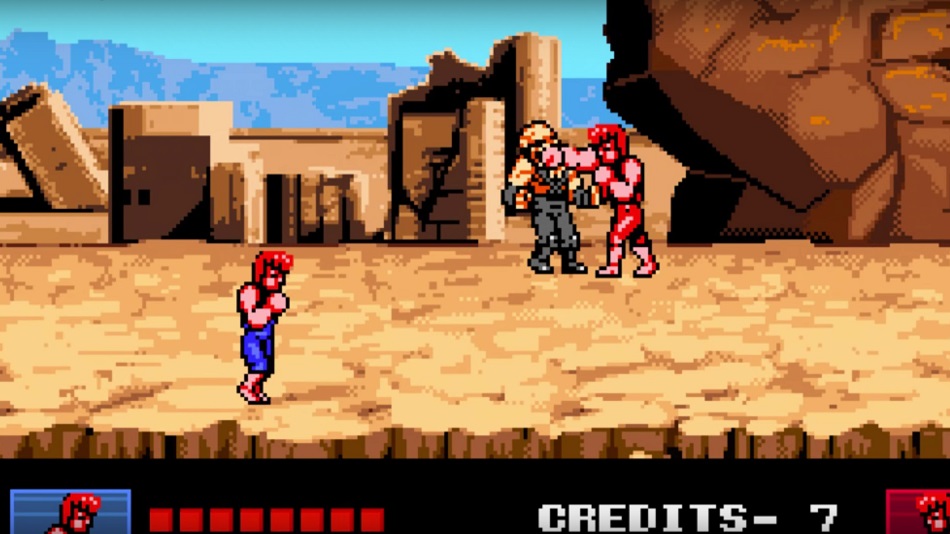 It’s an incredibly hard game as well. The developers have tuned it for two-player co-op, but even with both Lee brothers working together it can be a challenge getting through all twelve chapters with just five credits. There are any number of enemies that can stun-lock a player into oblivion, and with up to eight foes being able to appear onscreen at once, encounters generally range from unfair to purely masochistic. Only the ability to access already-completed levels makes the game beatable by anything but an incredibly skilled single player.

Something happens after the game has been beaten, though — Double Dragon IV actually becomes incredibly interesting.

Finishing the campaign unlocks a challenge tower, featuring a hundred floors of enemies, and climbing the tower unlocks enemies for use in any game mode. This means that players can play the entire game as Abobo, should they see fit.

After the slog that was the story mode, I found replaying as my enemies to be surprisingly delightful. Each foe is armed with either a ranged weapon or a devastatingly powerful super-move that can lay waste to the opposition, and with the entire game taking just 25-30 minutes to beat, I found myself going back time after time to try all the villain movesets. The developers have included a surprisingly deep bench of characters — not only is every foe from the main mode playable, enterprising players can unlock characters from the original games, including the low-res Billy Lee from DD1. As bonus content goes, this is incredible stuff.

Despite how fabulous the extra stuff is, though, Double Dragon IV just isn’t a good game. It is, however, a compelling and fascinating oddity. For franchise fans it’s a must-purchase, since it’s as much a historical trip as it is a new entry. While I can’t recommend it based on gameplay, the fact that it’s such a straight-faced resurrection of a long-dead style alone makes it worth a look. Rating: 6.5 out of 10

Parents: According to the ESRB, this game is rated T and contains blood, violence, language. Yes, it’s a game about goons punching each other in a post-apocalyptic wasteland, but it’s pretty tame, largely due to the pixel-art graphics. There’s a little blood here and there, but enemies simply flash and disappear when defeated, and the supposedly ‘harsh’ language is such a small part of the game that I honestly can’t remember where it appeared.