The Chicken-House is Coming For You 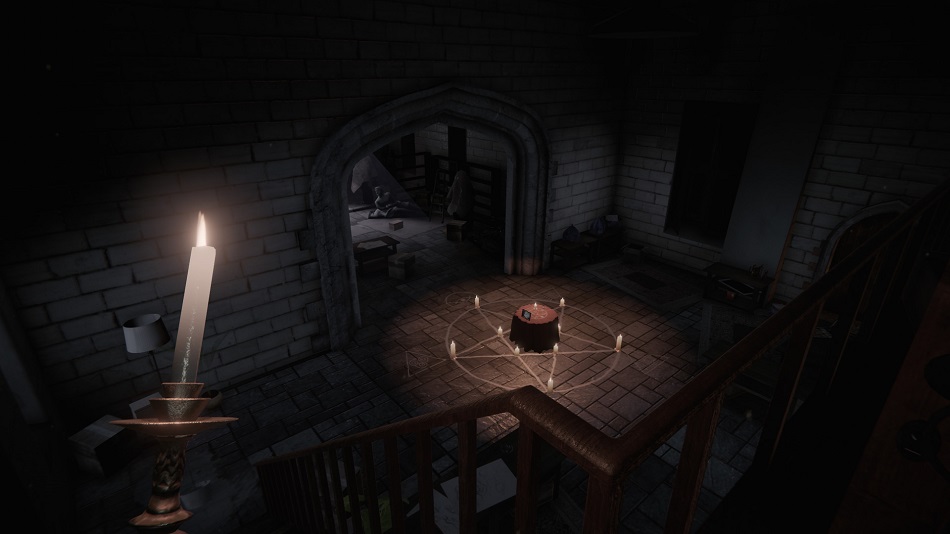 HIGH Knocking down a kitchen wall and finding…

LOW The game apparently thinks I’m the height of a baby?

WTF Is no one concerned about this fissure to hell in the basement?

A haunted house sim very much in the vein of the recent Paranormal Activity game, Don’t Knock Twice put players in the role of a woman searching for her missing daughter in the halls of their preposterously huge house in the Welsh countryside. The gameplay centers around solving simple environmental puzzles, exploring a creepy house, and – of course – lots and lots of jump scares.

To start with the positive, DKT has some spectacular sound design. The house is full of creaks and echoes, and there’s a thunderstorm raging outside — even the sound of an axe smashing off doorknobs manages to be perfectly satisfying. The developers really went all-out with getting the audio experience of this haunted house just right.

Likewise, they’ve crafted a half-dozen highly-effective scares during the hour-plus running time. DKT prominently features a naked, black-skinned witch with absurdly long fingers, and she’s used to great success time and again. The developers do this by taking advantage of the limitations of the PSVR headset, creating situations where the player is encouraged to look in a particular direction, and then have things creep in at the edge of their vision. It’s an effective technique, and the game makes the most of it. 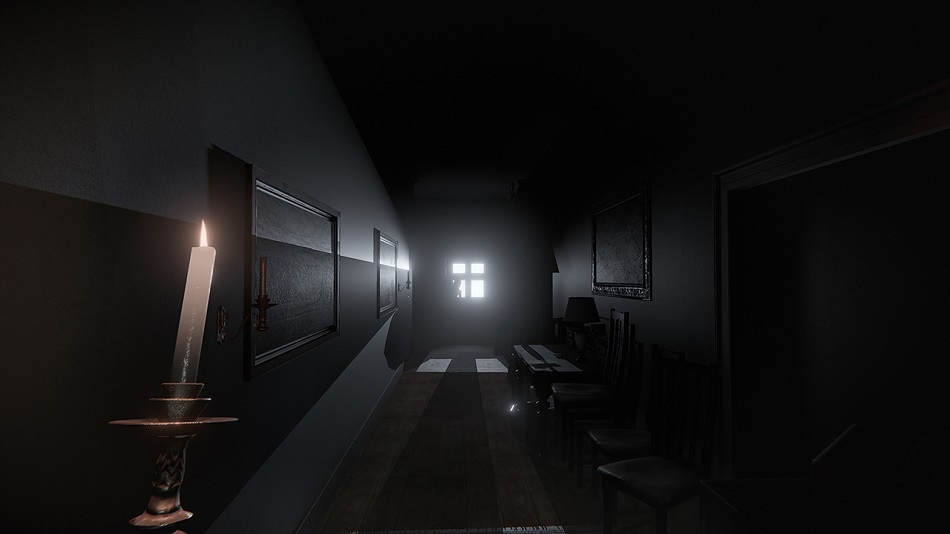 The same can’t be said for most of the puzzles, which are so simple that they almost don’t deserve to be called puzzles. The player has to find five gems hidden around the house, but they’re constantly provided notes and text messages laying out exactly what they’re supposed to do, with no room for interpretation or confusion. The notes themselves are decently written, and outline an interesting backstory about the mythical Slavic monster called Baba Yaga and a family attempting to deal with the mother’s history of drug abuse. Sadly, they never tie closely into the gameplay, which remains fairly simple and object-oriented.

DKT can be played in both VR and standard modes, which wound up being fairly important, since I encountered a fairly major bug that made playing the game far more difficult than it should have been. My PSVR’s camera is mounted high on a wall – this allows for clear view of the helmet’s light array, and reduces the chance of the Move controllers interrupting the camera’s view of the headset. It’s improved tracking on every game I play, with no negative side effects. Until now, that is. Apparently raising the camera and aiming it down confuses the heck out of DKT’s code, as the game interpreted my height in the game world at around two feet tall, forcing me to play the entire game in baby mode, shuffling along the carpets, hopping to see on top of chairs, and completely unable to find three of the gems because they were placed out of reach. Finally I gave up and switched over to standard television mode, and the game played perfectly well.

It’s an especially unfortunate bug because the developers have done an exceptional job of getting the VR controls just right. While I personally prefer smooth movement and turning, the teleporting and four-directional turns work perfectly well, especially since the game never calls for fast action or asks players to flee from monsters. They also put in a good number of simulated tactile experiences, giving players a chance to knock down loose brick walls, smash through doors, and pull-start a generator.

I would have rated Don’t Knock Twice a little higher if the weird dwarf bug hadn’t forced me to switch to a television, but even setting that flaw aside, there’s not much special here. As a haunted house simulator it delivers a few high-quality scares, but never really challenges the player with its mysteries or makes them feel involved in the story. It’s creepy enough for anyone looking to be unnerved as Halloween season creeps closer, but that’s all it has to offer. Rating: 6 out of 10

Disclosures: This game is developed and published by Wales Interactive. It is currently available on PC, PS4, XBO, PSVR, Vive, and Oculus. This copy of the game was obtained via publisher and reviewed on the PSVR.  Approximately 2 hours of play were devoted to the single-player mode, and the game was completed. There are no multiplayer modes.

Parents: This game’s ESRB info was not available at the time of review, but contains Violence, Blood and Gore, and Foul Language. Adults only, please — there are corpses, blood, murder here. It’s not the most intense VR horror out there, but it’s still pretty intense. Also, the main character is a recovering heroin addict, so there’s that.

Deaf & Hard of Hearing Gamers: You’re going to have a lot of trouble with this one. The game often tips off players as to which direction they’re supposed to go in via audio cues, and nothing else. It’s still playable, but be prepared to do a lot of wandering.