Inside Every Computer Is A Deeply Silly World 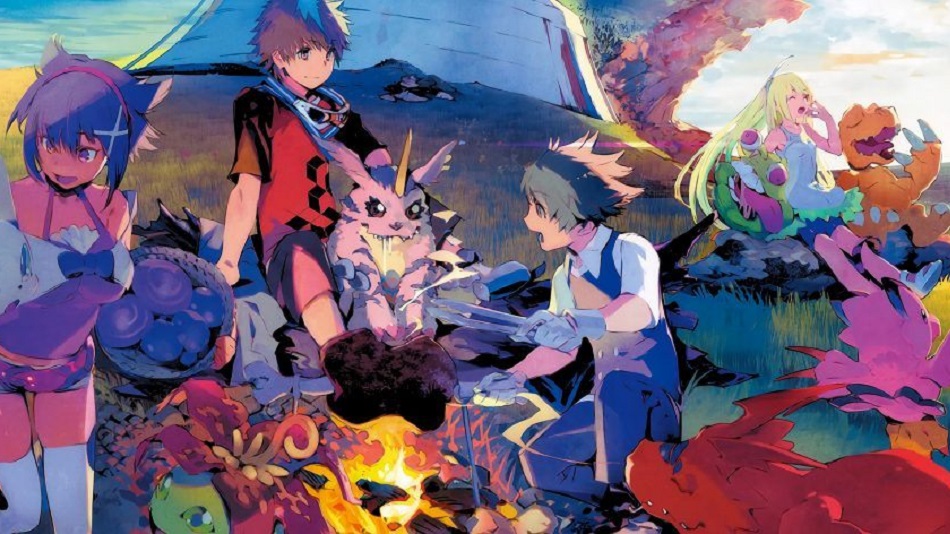 HIGH Super-combining to wipe out a giant viking cat thing.

LOW Spending an hour trying to evolve an ice Digimon to complete a quest.

WTF So he went from being a set of floating gears to a fire-breathing dragon, huh?

Before going into this game, I had zero familiarity with Digimon. I knew nothing about the series’ premise, plot, or gameplay. I assumed that the title was short for Digital Monsters, but that was it. Whatever positives Digimon World: Next Order has as a JRPG/Monster Training Game (and there are a few) its strongest point, by far, are the Digimon themselves — they’re the most eclectic group of videogame characters I’ve ever seen in one place. I’m sure this is old hat to veterans of the series, but I spent hours and hours simply delighted by the consistently bizarre creatures I encountered.

There seems to be no internal logic or consistent art style underlying Digimon creation. Literally anything that can be dreamed up might wind up wandering around one of Next Order‘s fields. This is the kind of adventure where a cactus wearing boxing gloves could find itself in a fight with a shark riding a giant skeleton, or an archangel might throw down with a crudely-built LEGO dinosaur. There’s so much nonsensical energy shooting off in every direction that it’s hard not to smile even during the less compelling sections.

The story follows a mute protagonist (name and gender are player’s choice) who finds themselves Tron-ned into the Digital World, where a virus is periodically transforming random Digimon into horrible robot T-Rexes that rampage around, destroying the carefully-maintained circuitry of the computer where all this takes place. It’s up to the player to train their Digimon into fighting shape before venturing out to seek answers. They’ll also recruiting wild Digimon to help rebuild Floatia, the town that serves as home base.

As is to be expected from a monster training game, a good amount of time is spent attempting to increase Digimon stats while looking after their basic needs. The player controls two separate Digimon at once — they train together, eat together, and fight together. The main thrust is to build trust levels between the creatures, enabling them to work better as a unit and eventually unlocking dual attacks that can wipe out even the fiercest opposition in seconds.

The training mechanics are surprisingly intuitive. There’s a gym for Digimon to work out in, with the player using a wheel of fortune to try and earn them bonus training results. There are also restaurants and other activities they can take part in. While it seemed a little strange to level up RPG characters for combat rather than in combat, the game does such a good job of explaining the rules and making things accessible that I never found myself annoyed that ten percent of my gameplay was spent prepping for the other ninety.

That ninety percent is certainly worth the effort, as the world is full of colorful characters that need to have sidequests solved before they can be recruited to the town-building section of the game. There are resources to collect, cooking ingredients to pick up, and many, many monsters to fight – while the world isn’t huge, there are a huge amount of things to accomplish within it, which makes exploring feel worthwhile. 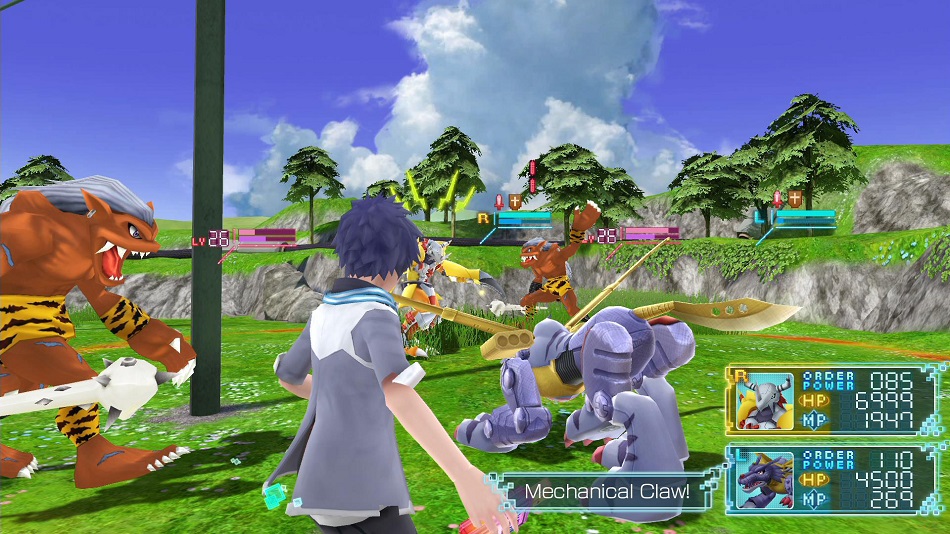 Combat is also a high point. Digimon handle the duties themselves, with the player mostly relegated to cheering them on from the sidelines. This never feels like it’s excluding the player, however, since that cheering builds up ‘order points’ that allows them to command their Digimon to perform specific attacks. Unlike regular moves, these don’t use up any MP. Between constant cheering and tossing in items to heal and buff their troops, it never feels like the player is simply watching.

Digimon World does have two fairly significant problems, however. The first is the evolution system, which can be as frustrating as its results are charming.

Players start out with two eggs that can be trained into Digimon – the specific creatures they’ll evolve into are determined by how they’re trained, what they’re fed, how they behave, and half a dozen other criteria. The problem is that it takes too long for the game to reveal the details of how these transformations can be guided. Every potential Digimon has a laundry list of conditions that have to be achieved, and only a couple are revealed each in-game day. I was nearly twenty hours into the adventure (and on my third set of Digimon) before I had the resources necessary to get the Digimon I actually wanted. It feels like too long to wait before the central mechanics start kicking in.

The bigger problem, though, is one caused by the training system. No matter how much I gave my Digimon, I didn’t have a good idea what ‘level’ they were, or how they compared to the enemy Digimon I’d meet in the field. They may have evolved twice and have hundreds of points in attack and defense, but I never had any idea whether they’d destroy a level six goblin or if he would one-shot my team into oblivion.

Next Order doesn’t offer help in determining what a fight’s result will be in advance, and worse, the player isn’t warned about sidequest levels at all – and those fights can’t be escaped from! I once started a fight with a Digimon who turned out to be level 40, and there was no way to stop my party from getting immediately wiped out. Unfortunately, this ends up incentivizing the player to over-level as much as possible before heading into the world. The story becomes more manageable, but random encounters become a joke.

With solid JRPG gameplay and surprisingly accessible mechanics, I was shocked by how much I got out of my time with Digimon World: Next Order. I will say, however, that the game will probably be most appreciated by those with a strong affection for whimsical nonsense — two of the game’s main characters are a dignified kung-fu cat and a tiny caveman whose hair completely obscures his features, and the most bizarre transformation involved a spike-shelled walrus evolving into an axe-wielding Frankenstein. This is a solid game, but more than that, it’s a strange one, and that strangeness has to be played to be believed. Rating: 7 out of 10

Disclosures: This game is developed by BB Studio and published by Bandai Namco. It is currently available on PS4. This copy of the game was obtained via publisher and reviewed on the PS4. Approximately 45 hours of play were devoted to the single-player mode, and the game was completed. There are no multiplayer modes.

Parents: According to the ESRB, this game is rated E10 and contains crude humor, fantasy violence, mild language, and mild suggestive themes. It’s almost completely harmless. There’s some cartoon poop-throwing, and a few salacious costumes such as a cat monster which transforms into a busty angel. The violence is tame by any definition – each fight ends with the defeated party fleeing, rather than being killed. The only iffy material comes when the players’ Digimon get too old and die, but since they’re immediately reborn in another egg, that shouldn’t be too traumatic.

Deaf & Hard of Hearing Gamers: There are no audio cues, and all dialogue is subtitled.