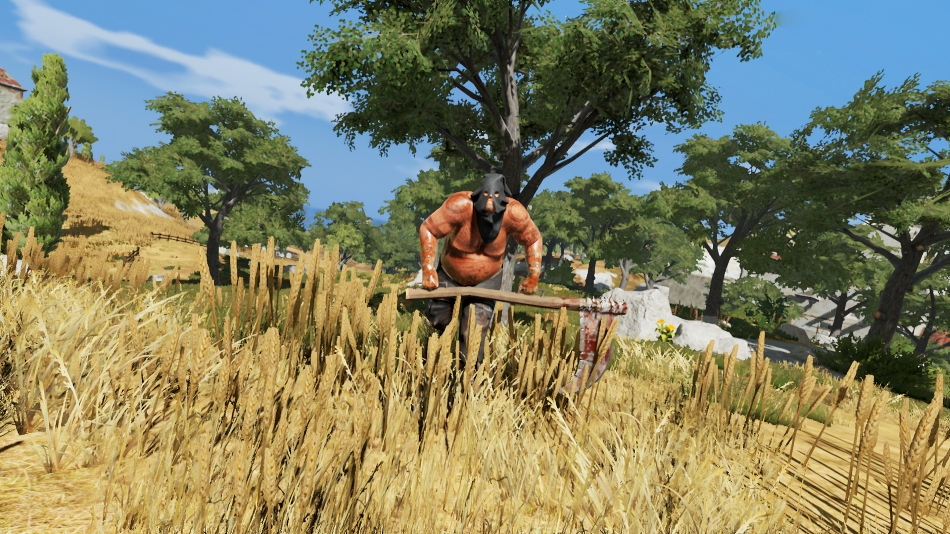 Die Young takes players to a mysterious Mediterranean island and sets them loose in a parched playground packed with wild dogs and scythe-wielding executioners. It offers a stellar opening – the main character awakes at the bottom of dry well, almost dead from thirst. A cover is removed from the top of the well, and instructions are dropped down by a mysterious benefactor, or possibly the villain responsible for the dire situation. Once the player has used a first-person wall-climbing mechanic to hoist their way out of the darkness, they’re presented with a large island full of rolling hills and long sight lines.

This is open-world horror with an intriguing new twist – Die Young takes the parkour mechanics from Dying Light and strips out everything combat-related and RPGish, creating an experience vastly different from the standard horror adventure game.

This is more a horror-exploration than anything else. In the two hours I’ve played, I’ve clambered my way through caves and towers, crawled through a field of sunflowers while a goon stomped by just a few feet away, and sprinted through ruins with a Rottweiler nipping at my heels. Dying Light was the first game to make first-person platforming feel effortless, and the mechanics work nearly as well here. The game is obviously still a work-in-progress and I encountered a few jumps with questionable spacing, but by and large it’s just as easy to navigate this world as it was with DL’s Harran.

I’m also intrigued by what I’ve seen of the story so far. There’s some creepy environmental storytelling and solid writing on the game’s notes, but for right now the main draw is the experience of crouching atop a hill and watching enemies patrolling a field a hundred yards off, trying to figure out the best way to sneak past to the ancient ruins they’re guarding. It’s about leaping from one crumbling structure to the next, watching a stamina bar quickly drain. It’s about glancing backwards to see how far behind the scythe-wielding maniac is while sprinting for the comparative safety of a 12-foot leap across a chasm.

Die Young is still an early game, to be sure, but there are already some great experiences available in it, and I hope that the game it develops into realizes the considerable promise that this Alpha shows.

Die Young is currently available from the Indiegala store, and this preview was based on a paid download of the game. You can see the video of my first hour with the game below.