Good evening all, welcome to the Demo Critic, where I, the titular critic, judge videogames based on the small portions that their developers and publishers see fit to release over Xbox Live Marketplace. Today's subject? Tony Hawk's Proving Ground.

In stark contrast to the recent skate demo, Tony Hawk's Proving Ground suggests that there's nothing at all wrong with the classic button-intensive style of unrealistic sports gaming. Yes, this is yet another Tony Hawk game where people launch themselves dozens of feet into the air, grind across buses, and finally end up crashing headfirst into a telephone pole. Ah, Tony, how I've missed you. 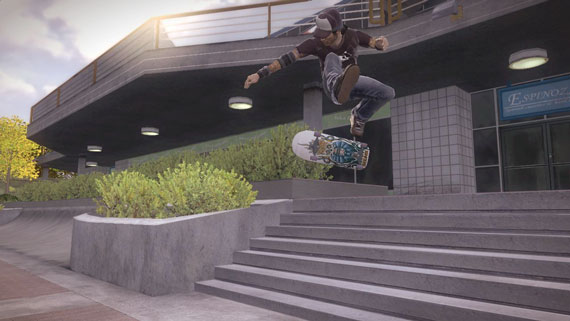 As is to be expected, this is the prettiest Tony Hawk game of all time, in fact, the graphics are good enough to realistically represent just how monstrously ugly most professional skateboarders are. Frankly, I preferred it when their faces were smooth pink and brown textures. What really makes the demo stand out, though, is the fact that it consists of the game's training mode, giving players a chance to try out the new features, which include: 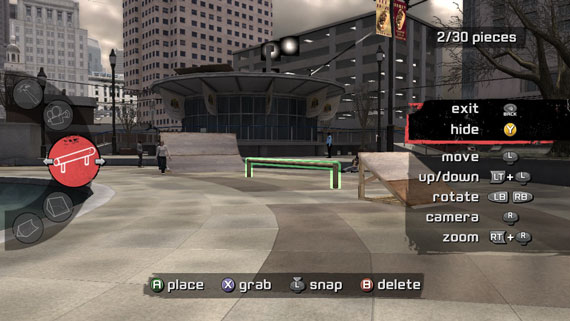 The demo trained me to place various jumps and grindable surfaces, thereby creating my own 'line' to achieve various point or distance goals. It's simple enough to do, and the primitive gamer in me really appreciates the fact that fundamentally changing the face of a playable level is just a few button presses away. 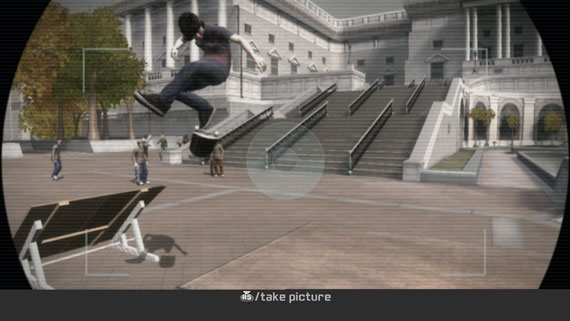 While the demo doesn't actually offer me an opportunity to use a camera, it did assure me that I would be able to take screenshots of my tricks in the full version. I did have access to video cameras, though, which can record a series of tricks from any number of angles. While watching the tricks again isn't as fun as doing them the first time, I can honestly say that reliving a successful move can act as a fun dessert-between this and Stuntman, I'm really starting to appreciate the instant replay. 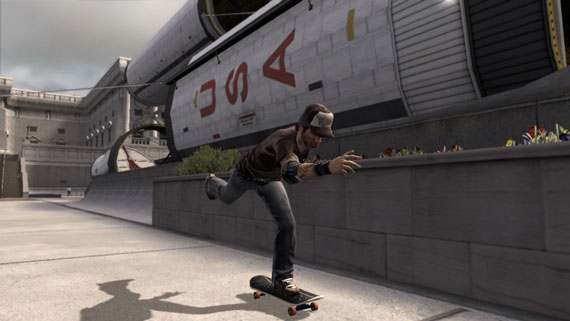 Now instead of just holding down a button to speed up, I was forced to time a button push with the movement of my character's leg to accelerate in the hopes of making really big jumps. It's a little on the awkward side, but I can't fault any game that cribs a gameplay device from Rocket Ranger. 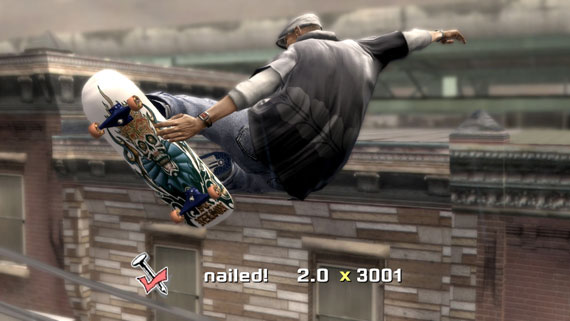 This is the game's central feature, the answer to skate's flick-based controls. Now, whenever I get a little air, I can click both thumbsticks to go into slow-mo. Once there, I'm given control over my character's arms and legs, allowing me to kick and grab the board in whatever way I see fit, generating tricks on the fly. While it may seem like a poor choice to slow an action-packed game down to a crawl, I loved watching the board spin slowly through the air as the world drifted by in the background-and finding the exact moment to end the trick so that my feet landed back on the board rather than kicking it away.

Tony Hawk's Proving Ground is the best demo I've come across in a long while, because it takes the time to teach me how to play the game, then gives me ten full minutes to explore the game's depth. This is the ideal demo, in that it will give anyone, with any level of familiarity with there series, the ability to decide for themselves whether they'll like the finished product. You should absolutely download it if you're at all curious.

Good job with the summary. Having played through the entire game, I can say that it is easily my favorite Tony Hawk game since THPS4 which I still think was the pinnacle of the franchise. THPG also gives gamers virtually countless hours of gameplay even outside of the online gameplay because of how many things to do in it are. Put it this way, nobody will be getting all 1000 Gamerscore without sinking MMO-types of time into doing so. One comment on your blog post though: the Nail the Trick stuff isn’t an answer to SKATE. Last year’s Tony Hawk’s… Read more »