You Don’t Want to Know What the Third Eye Saw 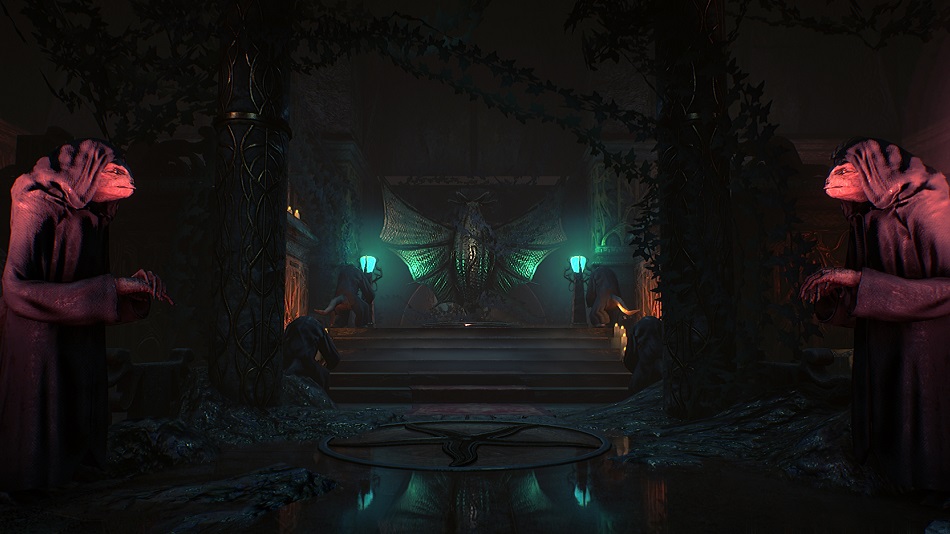 LOW The developers failing to flag something crucial, costing me an hour of backtracking.

WTF Why is smashing walls so satisfying?

“It’s a first-person Lovecraft game without any combat.”

To a certain audience, that should be all the review that Conarium requires. Lovecraft has one of the most impressive bestiaries of any Fantasy or Horror author, creating an unholy host of monsters in every conceivable shape and form. Or, rather, inconceivable shapes and forms, since their abhorrent nature was kind of the whole point. Videogame developers, always on the lookout for compelling visuals, have cribbed from him with great frequency. But, being videogame developers, more often than not those monsters are there to be shot, slashed, or blown up.

As viscerally satisfying as it might be to blast Deep Ones apart with shotguns, that’s fundamentally not what the Cthulhu Mythos is about. Lovecraft was an author committed to isolationism, and prized ignorance as the highest virtue – in his mind, the most horrifying thing imaginable was a true understanding of the nature of the universe. His works – and those of his successors – are full of scientists, historians, or any kind of intellectual learning just a tiny piece of reality’s true nature and being shattered by the realization. 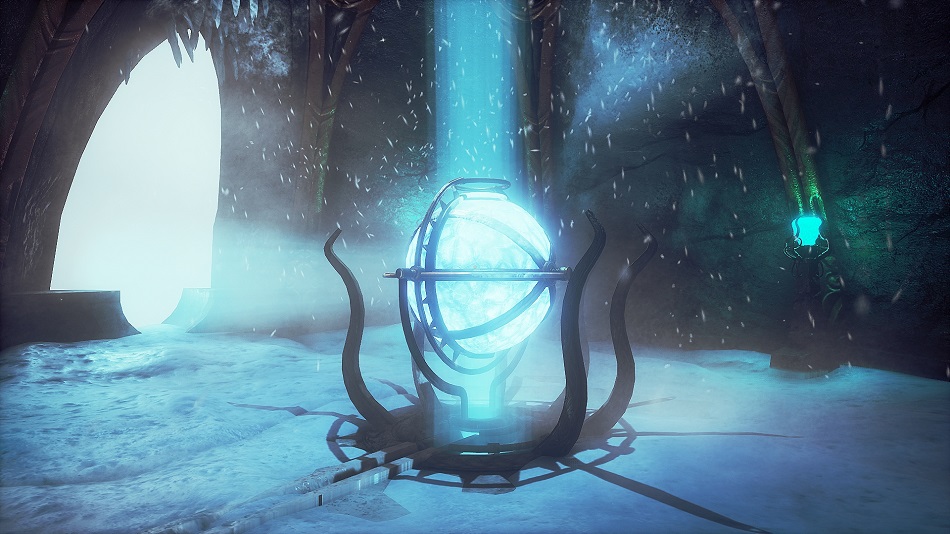 Conarium is about a team of these hubris-filled academics on an expedition to Antarctica. Their aim is to confirm the findings of the team from Lovecraft’s At The Mountains of Madness, and to discover what technological advancements there might be in the ruins of the Elder Things’ city. Naturally they’re unprepared for what they find there, leading to the predicament the player is in when the game starts – placed in control of a man whose mind has been shattered by his experiences, following the expedition’s tracks, and gradually piecing together just enough information to understand how completely and utterly screwed he is.

Now, this might not sound like the best pitch for an adventure, and that would be a fair criticism. This isn’t a game built for thrills or easy satisfaction. Players wander through a gorgeously-rendered Anarctic research facility solving simple item-interaction puzzles, reading documents, and watching cutscenes that detail the expedition’s discoveries. Then the action moves through a series of other locations, none of which I can detail without spoiling the surprises, but suffice it to say that every location is perfectly chosen to expand the world and deepen its narrative, which is pitch-perfect for the subject matter.

It’s difficult to compliment Conarium‘s writing too strongly. The developers’ greatest accomplishment is not merely that they’ve written the kind of story that fits neatly into the Cthulhu Mythos canon, but that they’ve done so in Lovecraft’s style. The obsolete vocabulary, the too-florid and oddly precise turns of phrase, the slightly awkward dialogue – it’s all just right. This title is a product of people building a tribute not just to the ideas and themes of Lovecraft’s work, but to every specific detail that made his fiction what it was. This may be the most purely Lovecraftian game ever made.

To be clear, Conarium isn’t quite a walking simulator, but it does put the player into a strange location and let them fully experience it. While it’s only about three hours, it succeeds so thoroughly at what it sets out to do that I don’t want to fault the developers for pricing it a little high for the amount of content it offers. This is one of the most faithful expressions of the Lovecraft aesthetic and worldview offered in a game, and anyone who values that should make it their business to track it down. Rating: 8.5 out of 10

Disclosures: This game is developed by Zoetrope Interactive and published by Iceberg Interactive. It is currently available on PC. This copy of the game was obtained via publisher and reviewed on the PC. Approximately 7 hours of play were devoted to the single-player mode, and the game was completed.

Parents: According to the ESRB, this game is rated E and contains mild language. Okay, no, I’m just kidding – as of the time of review this game was not rated. There’s no combat or gore, but this is cosmic horror in its purest form. It’s designed to freak people out by hinting at the impossibly cruel nature of reality, and the fact that nobody gets beheaded doesn’t mean that it’s for everybody. The game also prominently features the use of drugs and suicide. Teens and above, please.

Deaf & Hard of Hearing Gamers: You should be fine – the game has no key audio cues, and all instructions are presented in text. It’s fully accessible.