What Is Sunken May Rise 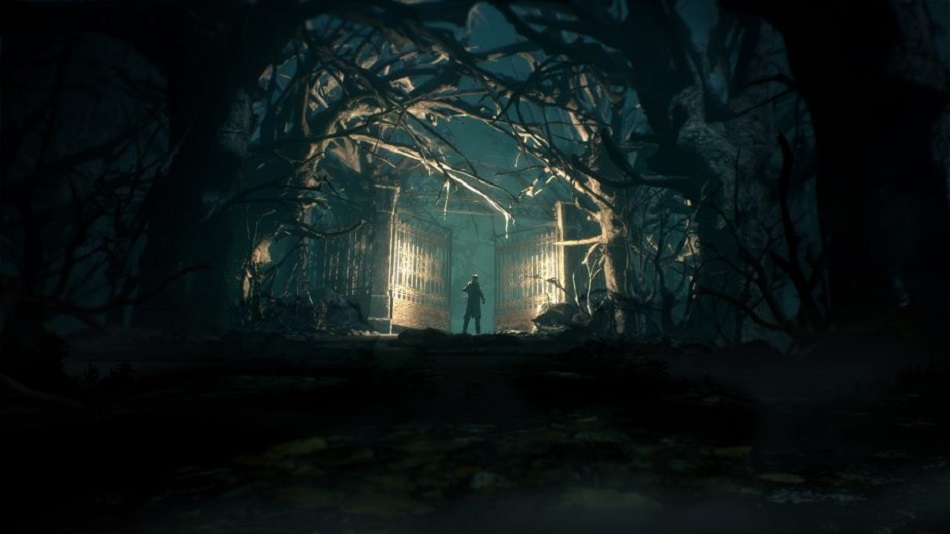 HIGH When the big C finally shows up.

LOW Is it even possible to max out medical skills?

WTF So, to get the ‘good’ ending I have to skip most of the game? Huh.

The Call of Cthulhu is a strange thing to build a singleplayer adventure around, because videogames generally try to offer players a path to success — something that is a largely alien concept in the works of H.P. Lovecraft. His is an entire mythology built around characters who go mad, die, or, in many cases, both. Is it possible to build a satisfying experience around such a dire premise?

Cyanide Studios, creators of the Styx series, have given it their level best in this first-person adventure. They put players into the shoes of worn-down WWI vet-turned-private-investigator Edward Pierce. He’s dispatched to the island of Darkwater by the father of a famous painter who recently perished in a mysterious fire, and he’s hired Pierce to discover the truth of what happened. Players can find that truth, but in a Lovecraftian tale where ignorance is the greatest virtue, searching for answers is essentially a slow form of suicide. 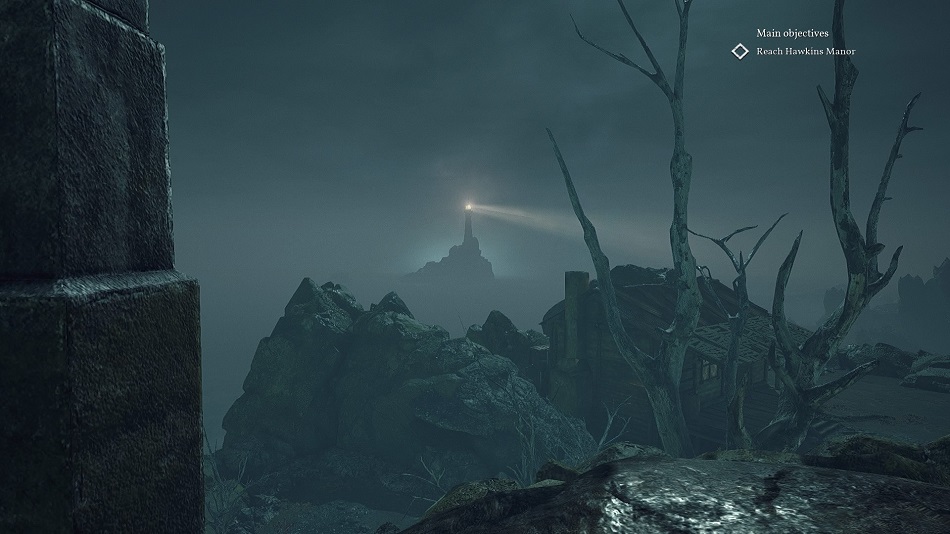 Aa an adaptation of the Chaosium pen-and-paper RPG of the same name, CoC is built with a languid pace in mind. Each one of the chapters moves the player to a new location that they’re free to explore, ferreting out secret items and pieces of backstory which they can use to inform the questions they pose during interrogation scenes. The story is classic Lovecraft – there’s a whaling town built on secrets, ancient pacts coming due, a main character spiraling into madness – this was made by people with a love for and understanding of what makes ‘cosmic horror’ work, and as such, it winds up being more faithful to its inspiration than many other attempts.

In addition to an adherence to the source, Cyanide has managed to use modern adventure elements quite effectively. Ever since the Arkham games codified how a ‘detective scene’ should work, other devs have attempted to put interesting spins on the concept, and CoC offers one of the most visually stunning yet. When Pierce reaches a crime scene, the game moves into his imaginary version of events – as the player spots clues, a scene changes thanks to writhing, ephemeral versions of characters that appear around the room as the player begins to put together what happened in each encounter. Mystery games need an engaging investigation mechanic, and CoC nails it so well that the lackluster digressions into stealth and combat barely even register.

The RPG elements aren’t as well-represented as the deductions, however. By completing objectives, the player earns character points which they can sink into various attributes. Two of these have concrete in-game effects — Spot Hidden reveals items that wouldn’t otherwise appear, and Investigation allows the player to pick locks. The rest are far more obtuse and mostly used in conversation trees, and even then to little effect. It’s frustrating because the game doesn’t clearly communicate whether the player has succeeded a ‘skill check.’ The conversation simply continues, and there are no fail states that I could find in the interrogations. 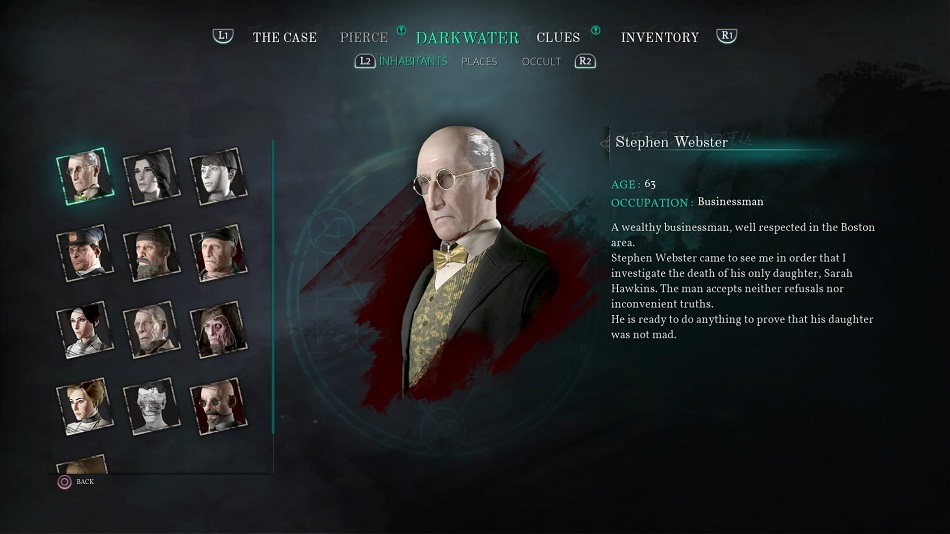 Worse, I found extremely few opportunities where different skillsets had any meaningful impact on gameplay. There are a few locations where players can use alternate paths depending on the stats they possess, but from what I could gather, using different skills affects a few lines of dialogue here and there, and nothing else. I played through the campaign using two completely different builds, and not once in the second playthrough did I encounter a new character, find a different item, or learn a significant new fact that I’d missed the first time. While it’s good that players can expect to see almost the whole story on their first time through (FYI, there are two secret endings that are quite tough to unlock) I was disappointed to find a lack of depth when I went back to poke around some more.

Spending more time in the world was a pleasure, though. While the character models are a little stiff and the lip-syncing is best not discussed, the world is beautifully rendered. The game features a number of crumbling locales all built around the theme of opulence gone to seed. Fifty years ago Darkwater was a sight to behold, but now it’s just a ghost of what it once was. This is a world built of rotting wood and rusted metal, bathed in the suspiciously green glow of the oil lanterns that provide the only sources of light in the perpetually dark locales. 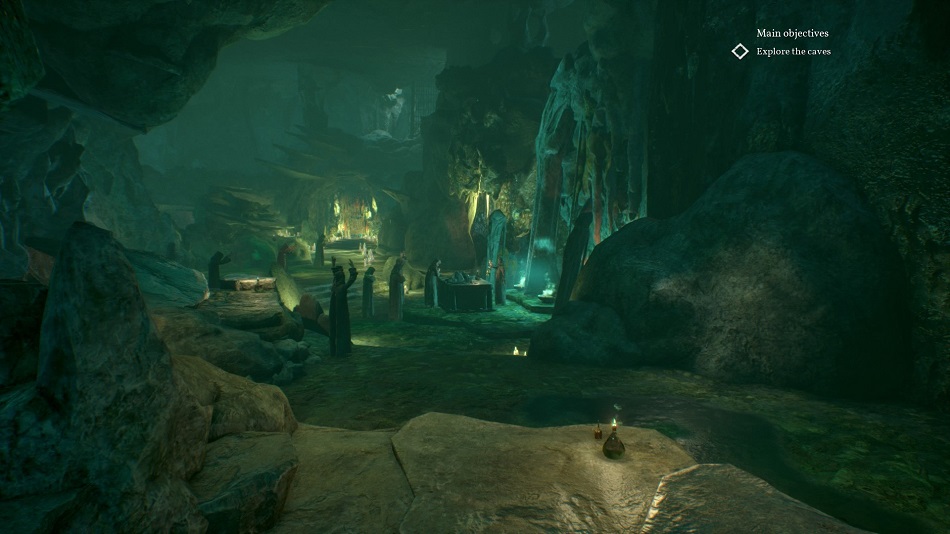 Call of Cthulhu has the tone, and it nails the storytelling and investigations — it’s only the peripheral mechanics that falter. This isn’t an RPG, it’s just an adventure game pretending to be one. Call of Cthulhu had plenty of interesting complications already thanks to a number of hidden items to be found, a sanity meter that changes how Pierce sees the world, and multiple endings to unlock. Despite all that, it’s a more linear experience than the skill system suggests — if the devs had simply dropped the skill points and let players freely explore at their own pace, it would have been a better experience. It’s still a good one, though, and a required play for anyone with even the slightest interest in the mythos that inspired it. Rating: 7.5 out of 10

Disclosures: This game is developed by Cyanide Studios and published by Focus Home Interactive. It is currently available on PC, XBO and PS4. This copy of the game was obtained via publisher and reviewed on the PS4 Pro. Approximately 35 hours of play were devoted to the single-player mode, and the game was completed multiple times. There are no multiplayer modes.

Parents: According to the ESRB, this game is rated M and contains Blood and Gore, Intense Violence, Strong Language, and Use of Alcohol. The official description reads as follows: This is an adventure game in which players assume the role of a private investigator searching for answers in a supernatural murder case. From a first-person perspective, players search for clues, interact with characters, and engage in combat against humans and creatures. Players use guns and engage in fistfights to defeat enemies. Some cutscenes depict violent beatings (e.g., a victim being struck repeatedly in the head with a rock), often in close-up. During one sequence, players’ character can choose to commit suicide (i.e., Sacrifice Yourself), resulting in a pistol shot to the head. One cutscene depicts a character pushing his thumbs into a victim’s eyes. The game includes several depictions of blood, and some scenes contain severed human limbs and corpse piles. During the course of the game, players’ character can drink from a glass of whiskey; repeated drinking causes the screen to blur and distort. The words “f**k,” “sh*t,” and “a*shole” appear in the dialogue.

Deaf & Hard of Hearing Gamers: I played much of the game without sound, and didn’t encounter many issues. There only big one is in the stealth mechanics – normally in stealth sequences there’s a white line on the edge of the screen letting players know if they’re being spotted, which are quite useful if you can’t hear the approaching footsteps of a guard. In the art museum stealth sequence this onscreen guide is inexplicably missing, making the level far more difficult than it would be otherwise. There are subtitles which are perfectly acceptable, other than one scene set in a bar at the game’s outset, where too many characters are speaking at once for it to be clear what any one of them is saying. The subtitles cannot be resized. 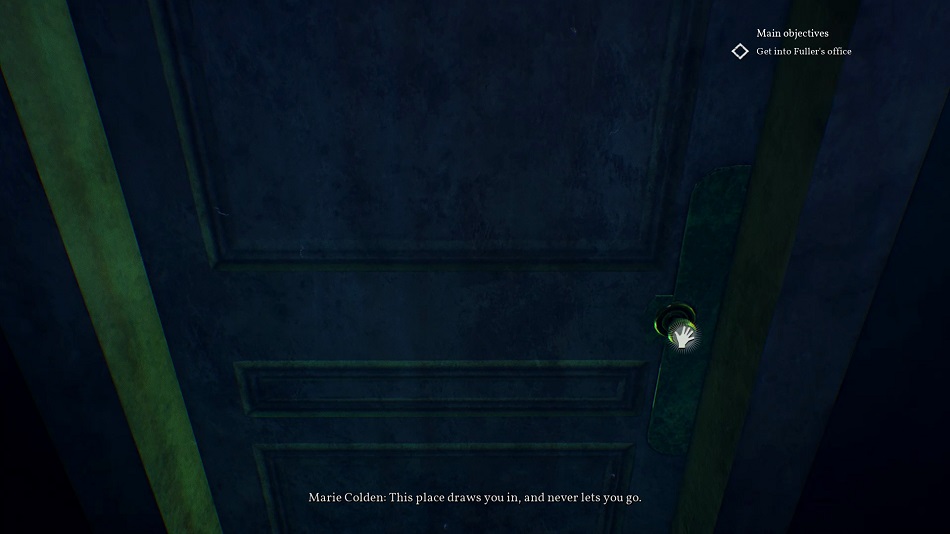 Remappable Controls: No, this game’s controls are not remappable. This game does not offer a controller map diagram, but movement is on the left stick. Camera is the right stick. Players interact with the world and navigate menus using face buttons, with shoulder buttons employed for leaning during stealth, and firing during combat.