The ’90s Are Back With A Vengeance 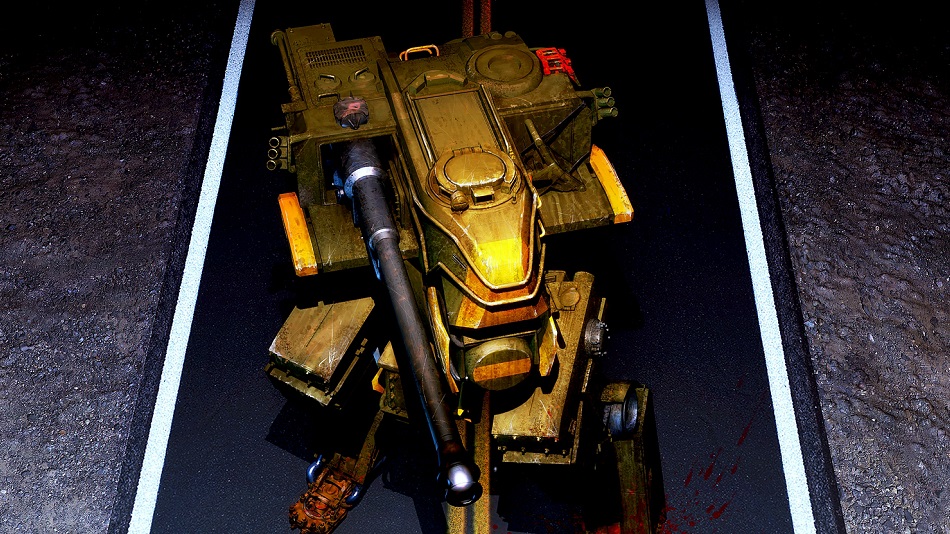 HIGH Luring a group of enemies into the blast radius of a fuel depot, and then detonating it.

WTF Strapping two shotguns to this Tuk-Tuk to see how it stacked up against some tanks.

Between Syndicate, Crusader, and Project Overkill, the 90s were the heyday of the isometric shooter. Big worlds to explore, powerful weapons to fire, elaborately decorated rooms to destroy – it was a genre notable primarily for the brutality of the games it offered. Looking for something unsettling? Keep your Mortal Kombat spine-ripping, I’ll be controlling a team of four armored cyborgs as they gatling gun an entire downtown core, thanks. As computers and consoles got more powerful, developers began focusing on building fully 3D worlds to explore, leaving sprite-based carnage to the ash-heap of history.

A throwback in all the best ways, Brigador puts players in control of a variety of vehicles built to deliver shocking amounts of damage in as little time as possible. Looking at the action from a classic three-quarters perspective, players stomp their way around intricately designed cityscapes, carefully aiming weapons and transforming houses into clouds of matchsticks, turning buildings into piles of rubble, and reducing crowds of civilians into splotches of red slime.

Yes, in the grand tradition of the best isometric shooters, things get dark in Brigador.

The plot kicks off with the death of a planetary dictator. Civil war starts immediately, and the player plays as a series of mercenaries hired to battle the factions who vie for control. The 30-odd level campaign takes players on a journey through targeted assassination, all-out-war, and the occasional public suppression. There’s a truly huge number of locations, from railyard packed with shipping containers, to gated suburbs, to dense cites – even a lush country club, and all of it readily available for stomping purposes. 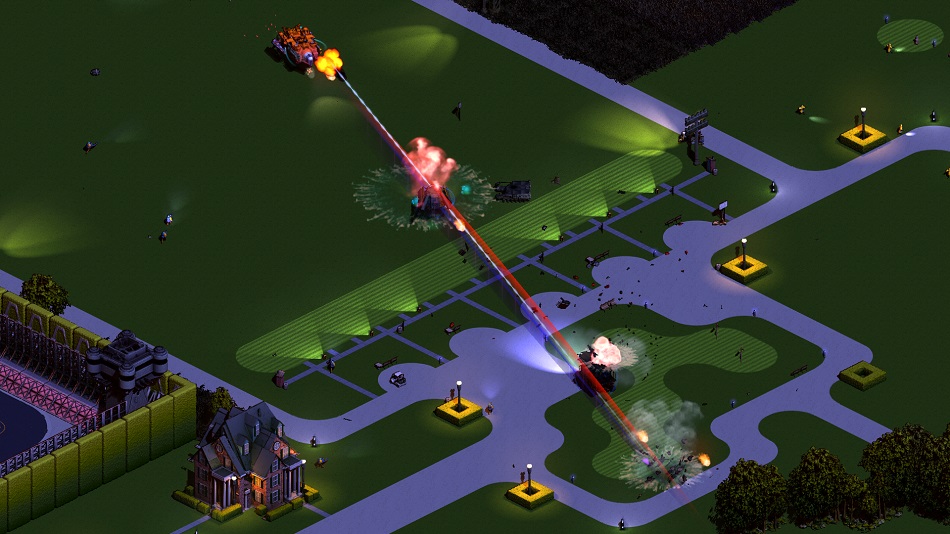 Each of the three main vehicle types (mechs, tanks, and hovercraft) have a distinct control scheme, and all work equally well. Players move with the keyboard and aim with their mouse, with weapon trajectories automatically compensating to strike the target the reticle is highlighting. In Brigador, simply aiming in a foe’s direction isn’t sufficient – success demands precision.

Combat is a complex and layered affair, and the developers have seemingly thought of every possible variable in combat and jammed them all into one game.

Players can sneak around foes using smokescreens, camouflage, or hide behind tall structures. Those not interested in stealth can go in full force, confident that enemies will die quickly.  It’s also viable to play a game of strategic hit-and-run, blowing up targets to attract enemy attention to a specific location, and then striking them from behind, or just fading away to strike somewhere else.

Brigador also offers robust enemy AI. In a nice touch, foes react dynamically to to perceived threats by swarming weaker foes and fleeing from stronger ones. The player can use this to their advantage by building hulking mechs that wipe out enemy tanks as they roll away, or miniature hovercraft that can slide right up to foes, blow them apart with a single shot, and then zoom away before anyone knows what happened.

Once Brigador‘s campaign is complete, it has plenty more to offer – specifically a Freelance mode in which players spend the money they made in the campaign to unlock all of the game’s mechs. These can then be armed any way the player desires and then sent out on multi-mission campaigns designed to test player skill to the maximum. These new challenges can range anywhere from a two-mission jaunt to a thirty-six mission tour of every map in the game. This mode offers a completely different experience than the campaign, and requires the player to learn entirely new strategies or face destruction over and over again.

Brigador knows its audience. In the tooltips that occasionally come up, it goes out of its way to mention that every single thing within each level is completely destructible. This isn’t a boast – there’s not a tree, power station, or blade of grass that can’t be stomped or blown apart – and this is exactly how it should be. Brigador is a throwback, but it’s also the realization of the potential of its genre. For those who wondered what isometric combat might have become if 3D hadn’t turned into the wave of the future, now we have an answer. It would be Brigador. Rating: 9 out of 10

Disclosures: This game is developed and published by Stellar Jockeys. It is currently available on PC. This copy of the game was obtained via paid download and reviewed on the PC. Approximately 20 hours of play were devoted to the single-player mode, and the game was completed. There are no multiplayer modes.

Parents: This game was not reviewed by the ESRB, but it contains blood and gore, and violence. Players control mercenaries laying waste to cities, either giving no mind to the civilians who live there or actively targeting them. This is a game about war crimes. No children allowed.