The Smile Is Mightier Than The Sword 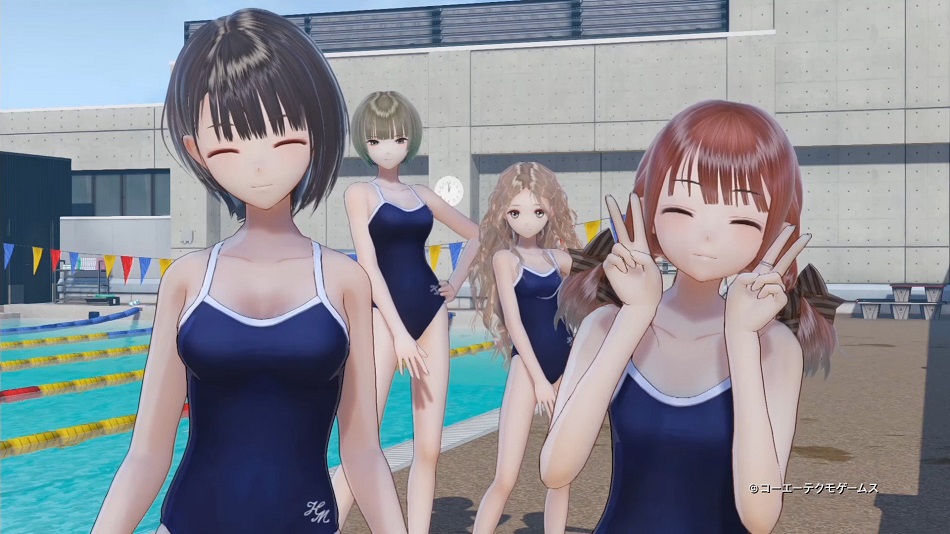 HIGH The bosses, who appear to have been pulled out of a From Software game.

LOW Trying to puzzle out how the ‘ugly bear doll’ sidequest worked.

WTF Yay! My pocket monster grew up to be prime minister of the monster cave!

When metaphor meets text, it can be in intriguing combination. Many stories about super-powered youth trade in heightened examinations of adolescent anxieties and problems, so it’s refreshing to encounter a game that tosses all artifice aside and announces that it’s going to be, literally, about the thing that other stories imply. Blue Reflection‘s heroines don’t fight monsters meant to represent the emotional challenges that high school girls face — they fight monsters built out of those emotions.

Set in (where else?) a Japanese high school, Blue Reflection is the story of Hinako, a morose freshman whose dreams of becoming a top-tier ballerina have been shattered by a career-ending knee injury. This setback has led her to drift through life as a mediocre student until she discovers that she has the potential to become a ‘Reflector’ — essentially, a Magical Girl capable of jumping into the collective unconsciousness made up of all sentient humans’ minds.

Once transported to this supernatural plane and clad in a preposterous costume that satisfies the time-honored Magical Girl tradition, Hinako and her two sidekicks fight beasts that are formed by the negative emotions of the schoolgirls that surround them. They then draw power from these newly-stable classmates in order to fight the Sephira — horrifying beasts planning to end the world using the endless font of negative feelings that is an all-girls high school. 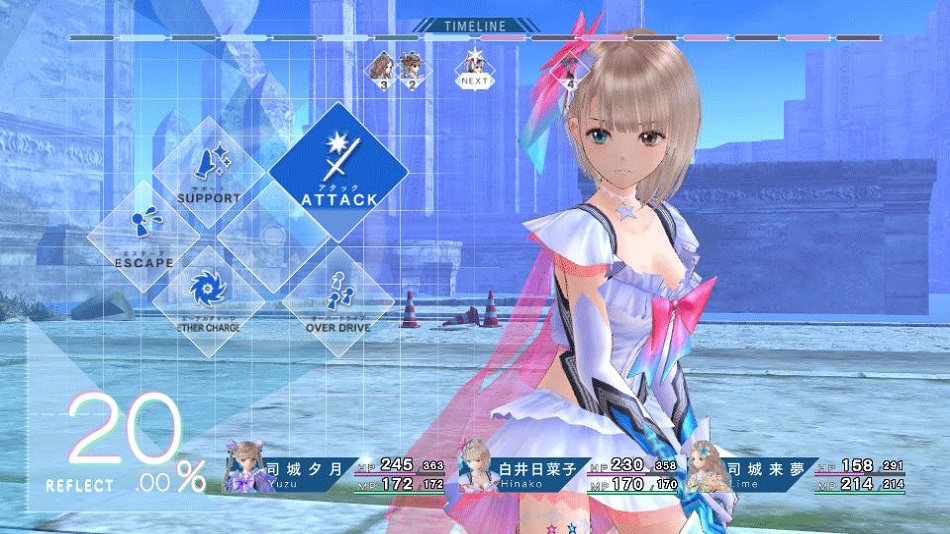 The game uses a fairly basic JRPG structure. Players wander around the school, completing sidequests and leveling up their characters before taking on harder and harder main quests.Over time they gradually work their way through a series of boss fights against giant monstrosities that look like they belong in a Dark Souls title.

There are a number of interesting departures from standard RPG systems, though. Rather than leveling up by killing enemies, stat improvement points are offered for increasing friendship bonds with other characters. As Hinako makes friends by either diving into their subconscious to battle bizarre energy golems or just by hanging out at lunchtime, she grows more powerful – the school’s collective good vibes are what empower her to become a more fearsome warrior, and it’s only by being a decent person that she can she can save the school, and eventually, the world.

The turn-based combat system is largely standard for the JRPG genre, but it also has a few interesting tweaks. Other than bosses and key enemies for quests, one twist is that all combat is optional. Dead enemies offer only items that can be used to make consumables or to level up combat techniques. It’s as if the developers want the players to understand that the combat is secondary to the narrative.

Also, many moves have the ability to knock enemies back and delay their attacks, increasing their wait times as they’re jostled around on a literal timeline visible at the top of the screen. This creates a system where a canny player can control when each enemy gets to attack, allowing them to better prepare for the assault. While the combat certainly isn’t the most important part of Blue Reflection, it’s nice to see the developers adding strategy to keep it interesting.

Blue Reflection is incredibly upfront about what it’s trying to accomplish here — it’s explicitly about the real dangers to life and limb that can be caused by depression and negative emotional states, and it’s also about the importance of reaching out to those who are suffering and trying to make their lives better.  I can’t say that I’ve seen many games with the same goal, but I enjoyed making the world a better place. The experience is sweet, funny, intense, and one of the most fundamentally good-hearted titles I’ve seen in ages. Rating: 8.5 out of 10

Disclosures: This game is developed by Gust and published by Koei-Tecmo. It is currently available on PS4 and PC. This copy of the game was obtained via publisher and reviewed on the PS4. Approximately 35 hours of play were devoted to the single-player mode, and the game was completed. There are no multiplayer modes.

Parents: According to the ESRB, this game is rated Teen and contains Fantasy Violence, Mild Language, Partial Nudity, and Suggestive Themes. Well, it’s a girl’s high school, so there are bathing, changing and shower scenes. Why? Because it’s a game about pretty girls from Japan — we’d be crazy to expect anything else. However, there’s very little overtly salacious content, and some fairly serious issues are raised by the plot – characters stalk and peep, suggesting truly unpleasant situations that the game doesn’t explicitly show. So while it comes with a T rating, expect kids to have some questions about its content.

Deaf & Hard of Hearing Gamers: Everything is subtitled and there are no audio cues of note! It’s fully accessible!