Burn Rubber (And Your Foes!) 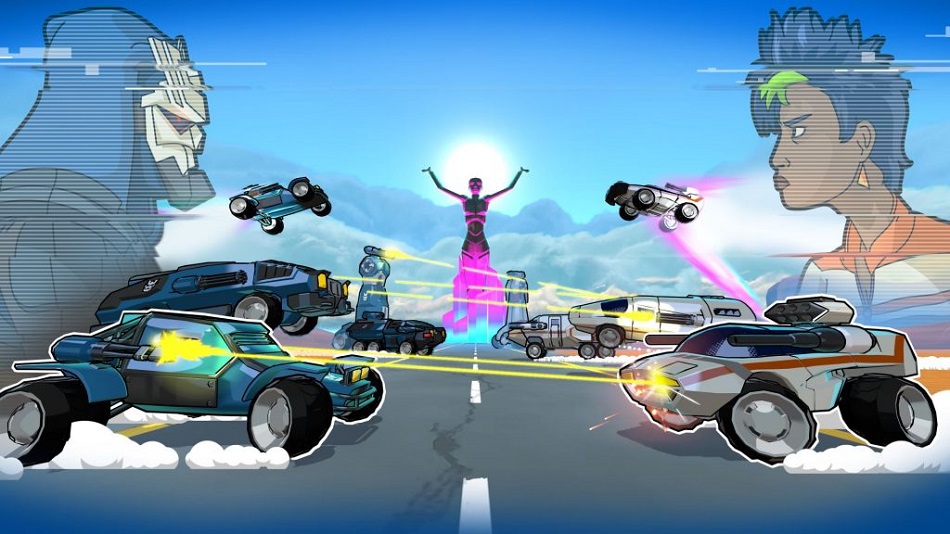 HIGH Speeding up the wall of a dam and straight into a water pipe while under fire.

LOW A boss with an unrestricted ability to heal.

WTF Why no campaign?

It’s rare to see a game totally botch something as simple as what genre it should be in, but Auto Age manages it. It isn’t often that I see something squander initial promise as quickly as this one does once the tutorial ends, but that’s exactly what happens the moment Auto Age stops being a singleplayer game.

Set in a Mad Max future where an auto-dueling champion teams up with a friendly AI to take on the wasteland warlord who murdered her sister, Auto Age has all of the elements in place to create a stellar car combat adventure including tight controls, attractive cell-shaded graphics, and an ’80s-inspired soundtrack. Everything conspires to make this feel like the best M.A.S.K. game that never was. At least, it would have if the developers pursued their own premise to its logical conclusion.

The world is introduced through a narrative tutorial that starts with an animated opening and some backstory conversation, and then the player has to learn to drive and fight with the game’s three main vehicle types. This entails speeding around the broken remains of a huge dam, blasting their way through increasingly tough foes until a boss truck finally makes an appearance. This boss fight is a conceptual disaster since the developers have given it an unlimited field of fire and the ability to heal 25% of its total damage points every ten seconds, but everything else up until this point had been golden. 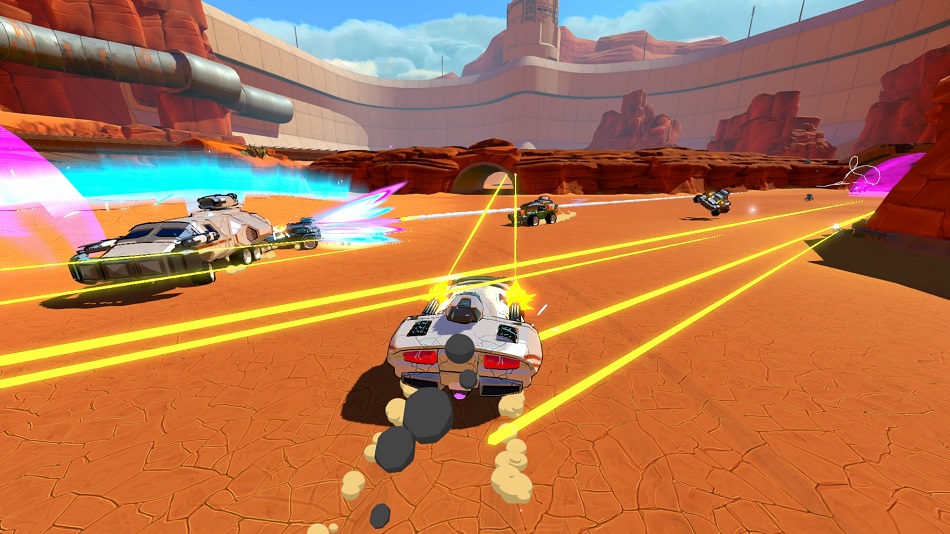 Then the tutorial ends, and just when the game should be opening up its world, introducing colorful new characters, varied vehicle types and bigger maps with more complex objectives, Auto Age reveals that instead of being a grand four-wheeled wasteland adventure, no, it’s just a multiplayer game with just a handful of too-small maps, generic vehicles, and a shockingly anemic number of modes.

The mechanics that the developers have built just aren’t suited to this kind of multiplayer experience. The auto-aim weapons make getting through the tutorial’s onslaught of drones a snap, but it makes PVP feel more like a battle of attrition than skill. This is especially true when one considers the type of matches the game offers — Deathmatch and Team Deathmatch make enough sense, but area control? What’s that doing in a car combat game? This should be about racing from point-to-point, not having a bunch of cars parked in a tight circle, blasting away at each other while an energy bar fills up. Also, where is Capture the Flag? It’s the mode that arguably makes more sense in car games than any other genre.

Auto Age is a fascinating misfire, making one weird mistake after another. This talented group of developers generate a wonderful setting and engineer great control mechanics for exploring a world, and then cram it all into the most ill-fitting genre possible for the foundation they’ve laid. I don’t know what convinced them to aim so low with their concept, but Auto Age: Standoff is an experience that’s only a shadow of what the intro and tutorial suggest it should be. Rating: 5 out of 10

Parents: This game was not reviewed by the ESRB, but it contains Violence. It really is ’80s-cartoon level violence, parents. Cars shooting at each other until one explodes, while the driver is whisked away by drones and dropped into a new vehicle. You should be fine with even younger teens playing this one.

Deaf & Hard of Hearing Gamers: While the sound of weapons being fired can be a useful warning, there are visual indicators letting you know when you’re being hit, so you shouldn’t have too much trouble.