The Curies Must Be Weeping 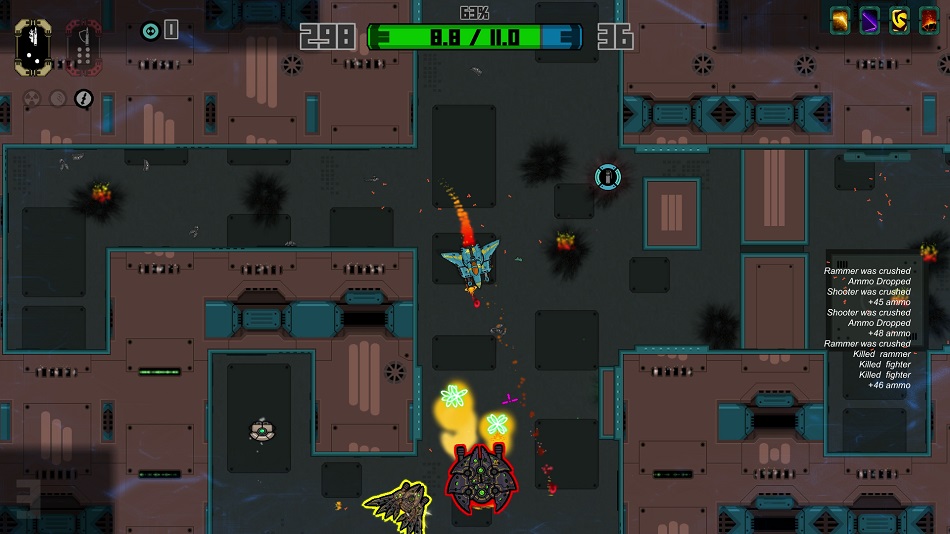 HIGH In many levels, up to half of the enemies will be killed by traps before the player gets to them.

WTF Why is the HUD defaulted to OFF?

If Atomic Heist proves nothing else, it’s that it’s incredibly difficult to get the difficulty curve in roguelite games just right. There has to be enough challenge to stymie the player and make them truly appreciate the upgrades they earn, but those upgrades for future runs have to come quickly enough so that they don’t get discouraged. As such, it wouldn’t surprise me to find most players giving up on Atomic Heist after just fifteen or twenty minutes, and they’re probably better off for doing so because the devs make a series of crucial mistakes that render it unplayably difficult without sinking five or six hours into it first.

A top-down mouselook shooter, Atomic Heist puts players in control of a ship tasked with grabbing the atomic reactor from the core of a facility and then making an escape. Its most notable feature is an innovation on the standard per-level time limit. The player’s ship has a maximum health limit which any non-fatal damage slowly chips away at. The atomic pile they carry also does continuous damage to that maximum health cap, however, and that damage can only be repaired by picking up enemy drops or finding radiation scrubbers within the levels.

It’s an interesting system undercut by problematic implementation. Enemy drops are random, so it’s possible to go a couple of levels without ever finding one to lower the radiation level. Scrubbers are incredibly fragile, and even if the player is careful, enemies have a bad habit of destroying them by firing wildly with explosive or ricocheting ammunition. Atomic Heist gave me nasty flashbacks to The Pit, and the way it made food both incredibly vital and ridiculously hard to find. 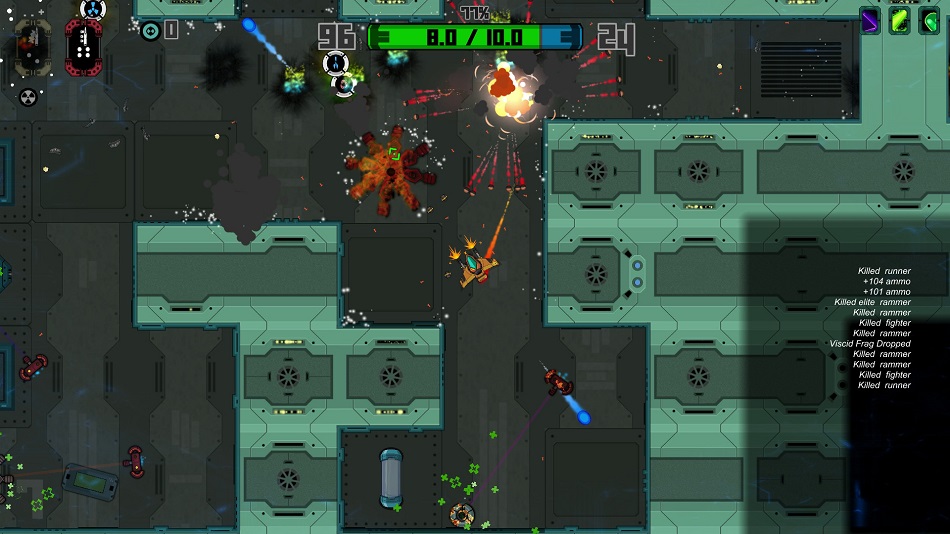 Combat is similarly problematic, due mostly to a far-too-close camera. Enemies will happily fire in from offscreen, and just two or three hits will destroy the default ship – up that to four or five if they’ve managed to unlock the reinforced armor. I’ll never understand how developers can look at their game, see that players are frequently being killed when energy blasts fly in from off-screen with no warning whatsoever, and then think to themselves ‘sure, that’s shippable’. Also troubling is the fact that explosions from player-planted mines and missiles have such a huge blast radius that it’s not safe to even be on the same screen as them! As such, they are incredibly difficult to use.

The biggest problem, though, is how Atomic Heist handles weapons. There are a wide variety of arms players can pick up – grenades, machineguns, homing shots, and more – but rather than giving each one strengths and weaknesses and letting the player find their own style, the devs chose to restrict players by making certain enemies immune to everything other than particular weapons. I nearly abandoned the game after running into the first area’s boss five different times and being wiped out in two shots while doing negligible amounts of damage with the hundreds of bullets I’d fired. My mistake? Not bringing the flak cannon for the boss, which is an otherwise awkward and impractical weapon. Or, more likely, a flak cannon didn’t happen to spawn, making the fight essentially impossible. Each weapon eventually unlocks as a starting option once the player has achieved 200 kills with it, but I wonder how many will ever see that point when Atomic Heist is so actively hostile to players?

While I can see Atomic Heist appealing to the truly hardcore roguelike fans who wallow in the cruel agony of random number generation until the unlocks finally get good, I can’t see that the effort would be worth it for anyone else. I eventually made it to the third area, and when I found another set of new enemies with new immunities and new weapons I’d be forced to unlock, I finally called it quits. There just isn’t enough good here to warrant the time and effort it takes to see it all. Rating: 4 out of 10

Disclosures: This game is developed and published by Live Aliens. It is currently available on PC. This copy of the game was obtained via publisher and reviewed on the PC. Approximately 6 hours of play were devoted to the single-player mode, and the game was not completed. There are no multiplayer modes.

Parents: According to the ESRB, this game is rated E10+ and contains Fantasy Violence. Nothing objectionable here. Just ships blowing up other ships. As bloodless as violence can get. Heck, maybe they’re all drones!

Deaf & Hard of Hearing Gamers: I played the game with the sound off, and encountered no issues. I’d say it’s fully accessible. 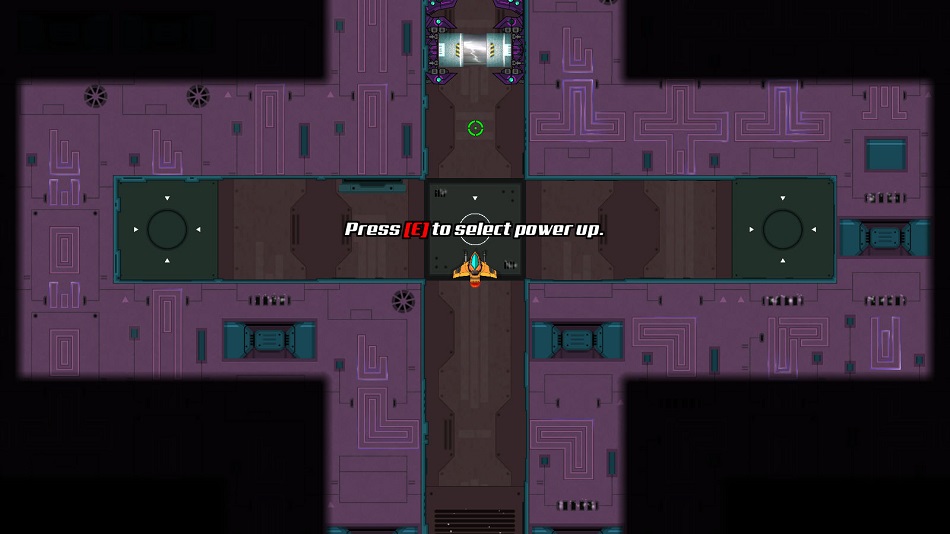 Remappable Controls: No, this game’s controls are not remappable. As a traditional mouselook shooter, the player moves their ship with WASD and aims/shoots with the mouse, using other keys to swap weapons and interact with the environment. 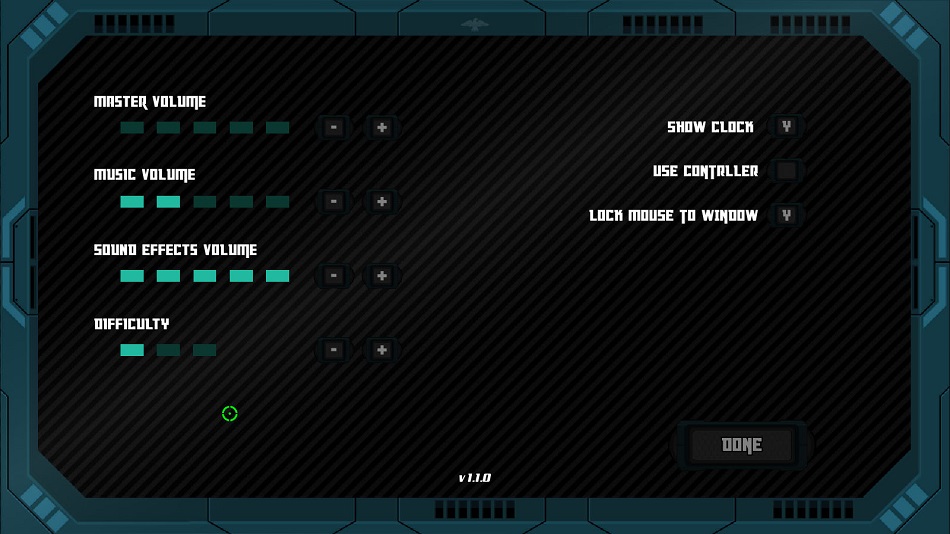