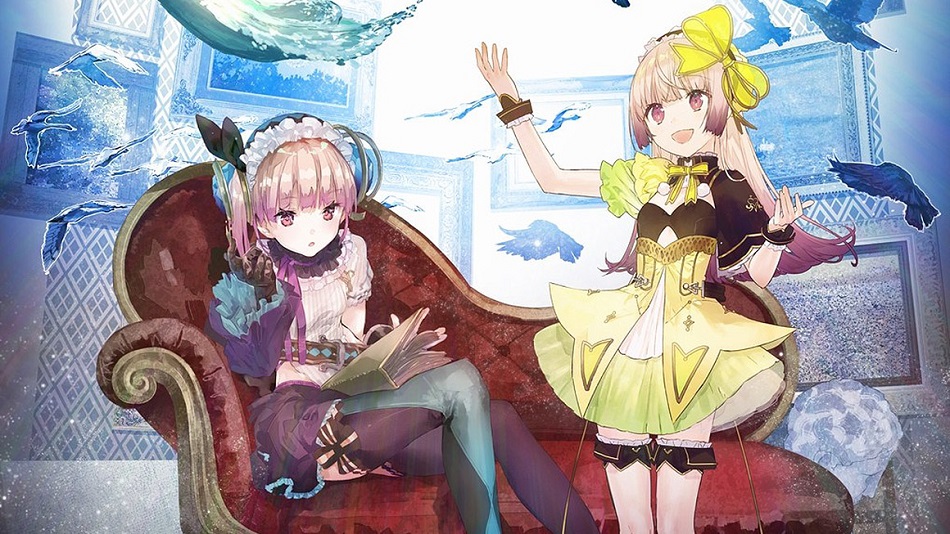 HIGH The entirety of the final painting!

LOW Walking around in circles trying to find quest triggers without a map.

WTF More Weissbergs? Are you screwing with me, Gust?

Well, Gust has done it again. On some level, I could just end the review there – Atelier is the most consistently excellent series in JRPGs, each one offering a high-quality story and mechanics that are refined and perfected with each new iteration. Atelier Lydie and Suelle: Alchemists of the Mysterious Paintings is no different, bringing players into a world where mystical threats endangers the world, and only optimistic alchemy girls can save the day!

Like the previous entries in the series, AL&S:AotMP is primarily concerned with how talented people can find a place in society and use their skills to make everyone’s lives better. The twist this time is that the story is seen largely through a filter of entrepreneurship – Lydie and Suelle are as concerned with building a successful business as they are with defeating terrifying beasts.

Unlike the last two games, the town that serves as the location in AL&S:AotMP is full of alchemists. There’s so much competition, in fact, that the main characters (a set of twin alchemists who live with their absent-minded father) are constantly having to scrounge up money for basics such as food and repairs to their ramshackle residence. This financial pressure doesn’t have any gameplay impact – players still get money by completing requests and selling the materials they find on their journeys – but the characters’ lower social status is a point for the story to be emotionally grounded on, especially when the girls wind up with royalty in their party.

As the latest in the Atelier series, AL&S:AotMP features return appearances by main characters of the previous entries, one of which proves unusually satisfying. With consistently-great writing and relatable characters, it’s impossible to avoid getting emotionally involved with each character’s journey, and Sophie is one of the best heroines the series has ever had. She’s demonstrated huge growth as a character, and Gust’s dedication to fully fleshing out their casts over multi-game arcs is one of the series’ greatest pleasures.

As always, the alchemy system has been again tuned and improved. Players still make items by combining materials on a grid and using catalysts to improve the results, but the innovation this time is how catalysts work — not only do they decide the size of the grid players will be working on, but what kind of bonuses will be available. 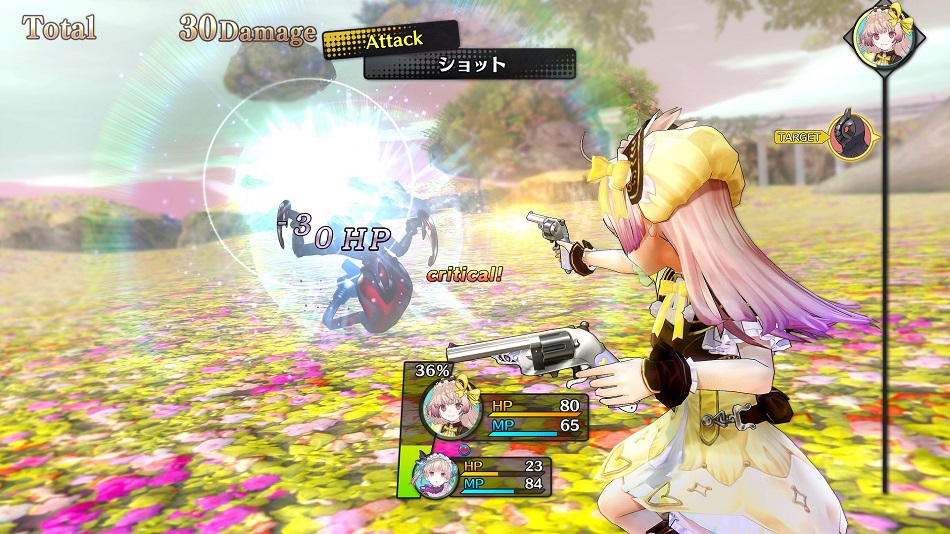 Craftable items now have both alchemical symbols and colors attached to their various traits, so while ‘power attack’ might be increased by adding red materials to the grid, and ‘speed up’ could require blue, both of those traits might also be ‘moon’ characteristics, meaning that the player could place a material of any color on a moon square and power up both of them simultaneously. More than ever, these alchemy sequences play like their own puzzle minigame, and it’s one that can be mastered not only by hunting top-level ingredients, but by paying careful attention to the rules. As always, Atelier manages to make players feel like they’re learning a skill along with the characters.

The combat is serviceable, and I fear we’ll never again see the epic six-character mass brawls of Escha and Logy. Here, players fight with a three-person party, with each one having a support character. These support characters are an interesting addition because there are certain characters who are more useful when placed behind another character than they are in combat themselves.

Take Firis, for example. In the front row she’s just another alchemist, throwing bombs and buffing the team. But in the back, she puts her archery skills to the test and unleashes terrifying mass-destruction attacks whenever her partner does elemental damage. Every character has similar situations in which they excel, and so long as the player is willing to spend a little time experimenting with different combinations, they should find a number of workable squads for almost any situation.

While AL&S:AotMP‘s art is mostly generic lush 3D fantasy and heavily reliant on returning monsters from previous games, the developers have taken a few chances with the titular paintings, and the result is gorgeous. As part of the story, the twins must travel into various paintings to find rare materials and defeat powerful creatures. The worlds inside these works of art have distinct art styles, with visible brushstrokes on backgrounds and props, and strange paint-themed villains. After the continent-spanning adventure that was Atelier Firis, the focus on a single town could have seemed too provincial, but the inclusion of world-jumping into the paintings ensures that there are plenty of interesting locales to visit.

The only real problem I found – other than a translation with more typos than is acceptable – is actually a leftover bit of design from Firis. While not as sprawling as Firis‘ open-world levels, Atelier Lydie and Suelle‘s maps are huge, and surprisingly easy to get lost in. The area map has been removed from the game, and I’m not sure why because the levels are large enough that it can be difficult to track down objectives. There’s a mini-map in the corner of the screen, but it’s zoomed in so close in to the action that it’s of no help whatsoever. Keeping this subpar system is a puzzling choice.

The map aside, this is yet another great title in the Atelier series. The stakes are high, the characters are likeable, and the gameplay is as good as it’s ever been. Every year I approach the newest Atelier game with a little trepidation – will this be the year they screw it up? Will the streak finally end? But for at least one more year, the answer is no. Gust has again delivered another fantastic JRPG that does the series proud. Rating: 9 out of 10

Disclosures: This game is developed by Gust and published by Koei Tecmo. It is currently available on PS4 and PC. This copy of the game was obtained via publisher and reviewed on the PS4. Approximately 90 hours of play were devoted to the single-player mode, and the game was completed. There are no multiplayer modes.

Parents: According to the ESRB, this game is rated T and contains Fantasy Violence, Mild Suggestive Themes, and Use of Alcohol. There is drinking in the game, and references to drinking alcohol are a signifier of maturity. The suggestive themes are tame by JRPG standards, and don’t amount to much more than the odd wink. As always, the violence is completely bloodless and fantastical in its presentation. It’s safe for even younger teens.

Deaf & Hard of Hearing Gamers: I played the majority of the game with the sound off, and had no trouble whatsoever. This is fully accessible. The text is not able to be resized. 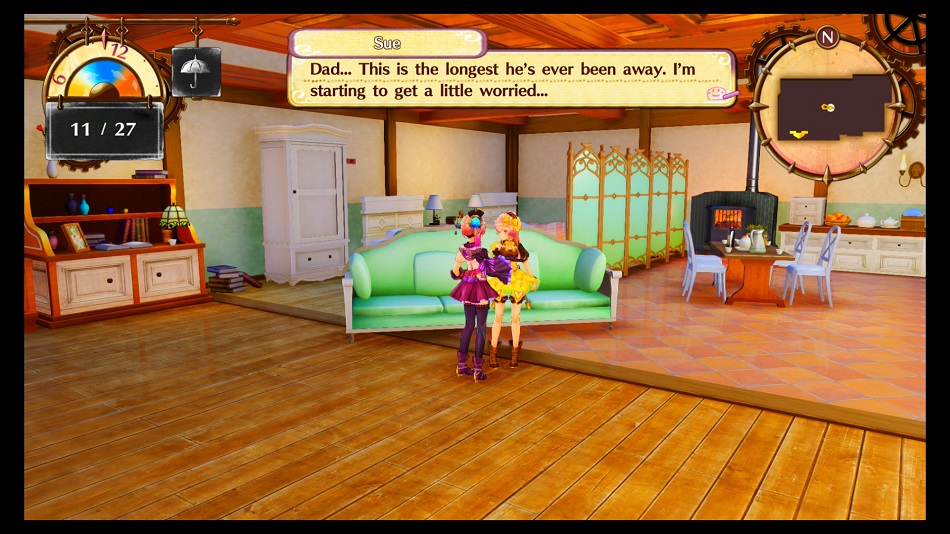 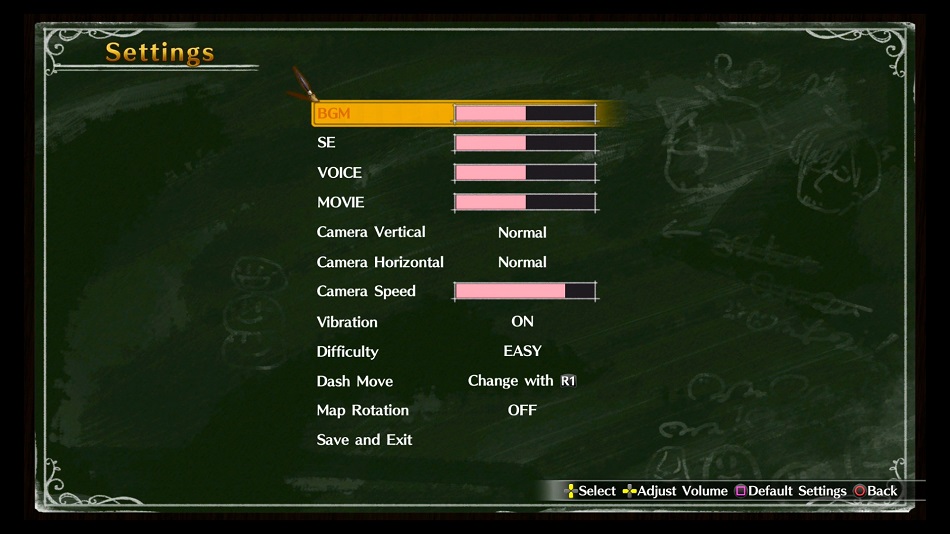 Atelier games are always criminally underrated imo. But this game has actually got some pretty good reviews on MetaCritic and so on. Been playing it pretty much whenever I’ve had the time since it was released… Glad to see you guys reviewing it 🙂