Return Of The Robot Jox 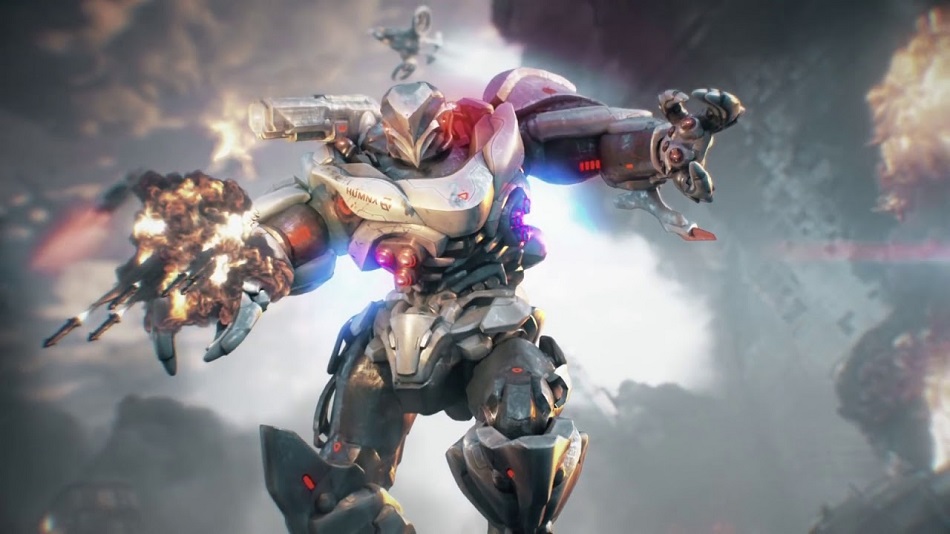 HIGH Dropping from a stone tower and unloading into an unsuspecting enemy’s back.

LOW Forgetting to look down and walking right into a deadly pit. Multiple times.

WTF Wow, the co-op mode isn’t balanced for single players at all!

Hellfire is a multiplayer-focused extra mode included in the PC release of Archangel, which was originally reviewed here by John Vanderhoef. It’s a complete rebuild of that same mech experience that takes it off the rails and into the arena, offering fast-paced team deathmatching.

The big change to free movement necessitates a complete redesign of the controls, which couldn’t have been an easy thing to accomplish. Among Archangel‘s greatest strengths was the way it made the player feel like they were actually sitting in the cockpit of a huge machine – the previous movement limitations actually served to reinforce the idea that the player was at a console controlling a vehicle, rather than the standard approach of taking on the role of a giant robot.

Now that the players can use their motion controllers – the only way of controlling the game, by the way – to sprint, turn, and jump around arenas to their heart’s content, there was a risk that the project would shift into mech simulation after starting out as a mech pilot simulation The developers have pulled it off, though, by once again making the cockpit feel like a real place. The monitors and radar are functional, the player has to glance around to see the HUD elements, and the player even has to reach forward and hit the super-attack buttons. All of it works to offer an unparalleled level of realism. 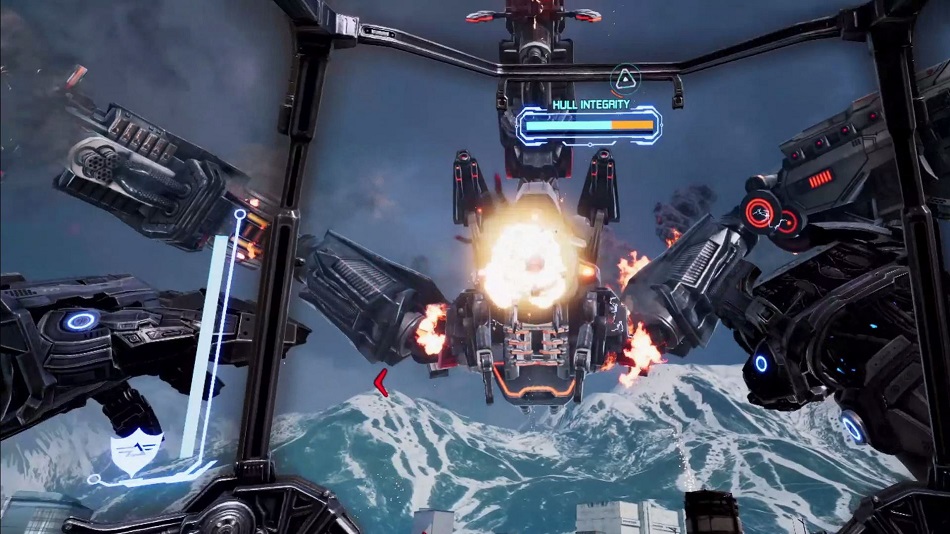 Combat is fast and intuitive. One thumbpad controls movement and strafing, and the other is assigned to turning. It’s simple to stomp through levels – almost too simple at times. All of the mechs move with an impressive alacrity, never offering the feel of weight and momentum that the main game, or even something like Titanfall offered. It’s obviously a design choice to make the battles as kinetic as possible and let players rely on their dodging abilities as much as their shields. Speaking of shields, they’re now static, each one covering half the front of the mech, rather than the arm-mounted bucklers they were.

Even if the speed feels a little strange, it leads to some truly impressive high-octane battles. The weapons still use arm-based tracking, so players often have to multitask by moving their thumb one way while aiming their arm in another before squeezing a grip button and a trigger. It’s overwhelming at first, but after an hour or two of practice the controls began to feel natural. At that point, just as the game intended, the mech started to feel like an extension of my body.

There are three types of mechs available — light, medium, and heavy, with armaments and armor going up as mobility goes down. In addition, each type of mech has its own ultimate attacks, ranging from EMPs to heavy particle cannons. A few more mechs would make Hellfire feel more robust, but each one plays differently enough, and players should be able to find something that conforms to their preferred playstyle.

While the game offers just a handful of maps, each one is well-designed for mech battles by being littered with columns to hide behind, rises to boost to to the tops of, and caverns to race through. The areas are impressively vertical in their design as well, giving players good reason to constantly be scanning above and below their position since the ultra-mobile mechs can ambush from any direction. The co-op is a little more paltry, offering just one map which has players teaming up to battle a variety of threats from the single-player game.

With just a few mechs and maps, Archangel: Hellfire feels more like a small add-on than a full expansion at the moment, but it’s a signpost suggesting the direction in which the developers might take a sequel. The impressive control mechanics, great combat, and genre-high visuals suggest that a well-produced, high-mobility mech game would be a great idea. Hopefully the publishers see enough value in this experiment to turn Archangel into the grand mech combat franchise it has the potential to become. Rating: 7.5 out of 10

Parents: According to the ESRB, this game is rated T and contains Blood, Language, Violence. While the main game features swearing the dialogue and troops that explode into splashes of blood, Hellfire focuses primarily on mech vs mech combat, and is comparatively tame.

Deaf & Hard of Hearing Gamers: I played a couple of matches without audio, and had no real trouble – there are plenty of onscreen indicators for damage direction and letting players know where their enemies are. Unfortunately, there are no non-verbal ways to communicate with teammates, so teamplay will be more difficult. 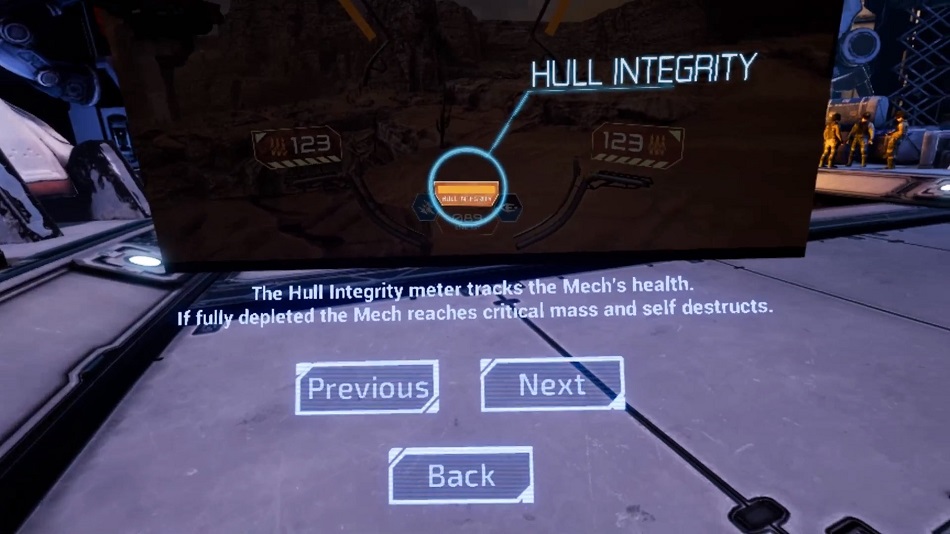 Remappable Controls: No, this game’s controls are not remappable. As I mentioned in the review, the game is played with dual motion controllers, with the player aiming weapons by pointing, while also using the thumbpads to move and trigger shields.