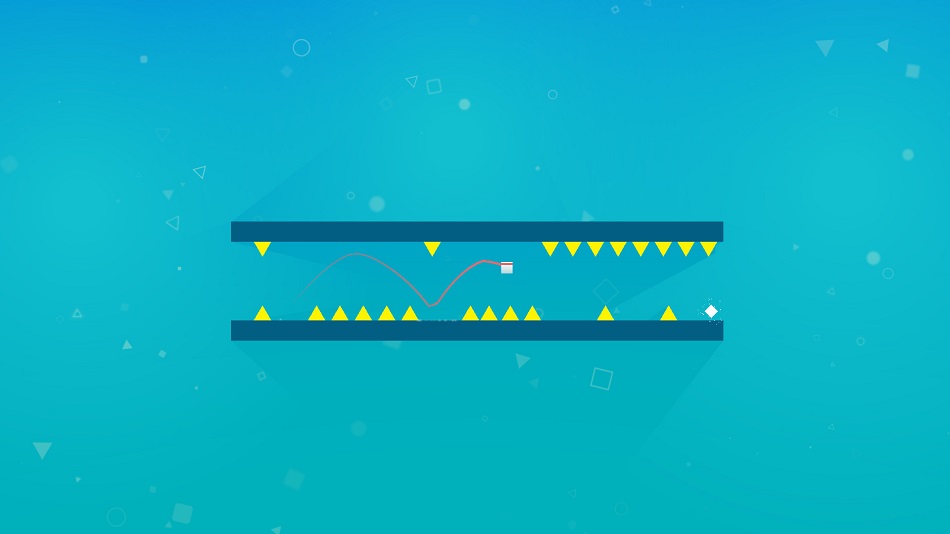 HIGH The bouncy house/missile dodge level is a classic.

LOW A central mechanic is broken.

WTF Wait, I can just go over this wall of lasers? Awesome!

A single, key mechanic is what Almost There gets wrong.

It’s a problem so small that in any other game it could probably be overlooked if there was other content to be enjoyed, but the problem is that Almost There is a sadistic platformer, which is a subgenre that requires – above all else – perfect controls. Players need to be able to trust that every move will be predictable and consistent, and it’s only with absolute faith in those controls as a foundation that players can embark on the epic journeys of perfect timing that are required.

Where another title could survive a single bad mechanic, Almost There is shattered by it.

As a stripped-down Super Meat Boy clone with the hero replaced by a cube with a bandanna and the environments replaced by nothing, Almost There asks players to challenge themselves to 165 levels of increasingly-difficult jumping puzzles. They start out with spikes, then quickly graduate to bounce pads, lasers, buzzsaws, and homing missiles. There’s nothing here that veterans of games like SMB and N+ haven’t seen before, but the devs acquit themselves well in level design. 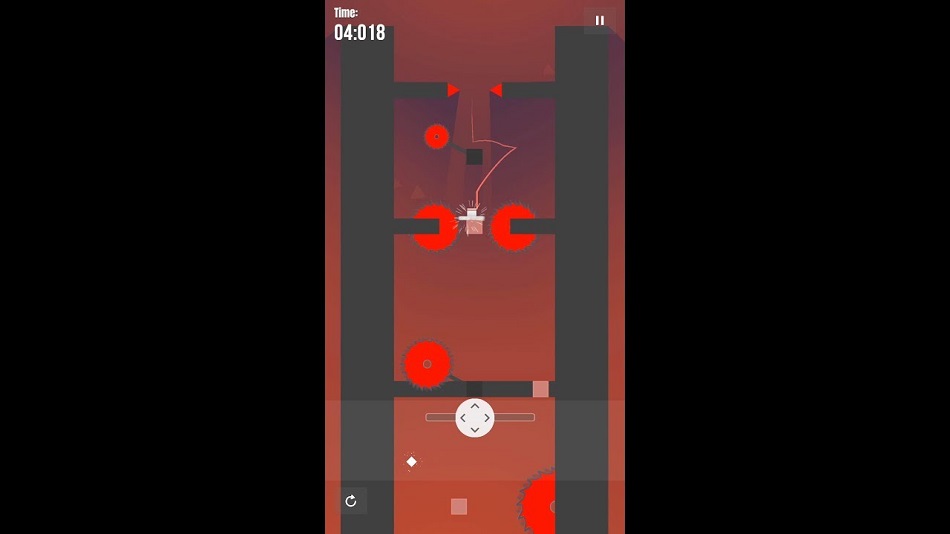 The mix of obstacles and traps is excellent, and new new wrinkles are gradually introduced before blending them all together to create some truly devious and frustrating situations. Frustrating in a good way, of course, since Almost There also has an impressively well-designed difficulty curve.

So where does it all go wrong? Two words — wall jumping.

As a key element in the hardcore platformer genre, wall jumping generally allows players a moment to stick to a wall each time they touch it before jumping off, either in the opposite direction or right back against the wall, allowing them to climb. It’s an impressive mechanic which – when used properly – allows for some truly spectacular level design via quickly exploring vertical spaces or taking homing enemies on a merry chase.

Sadly, Almost There royally screws this key feature up. Despite being a game entirely about jumping, someone made the bizarre decision to bind wall jumping command not to the jump button, but to the movement controls. Instead of using the jump button to leap off walls, players are expected to simply push away from them, and then to push back against the wall to climb. 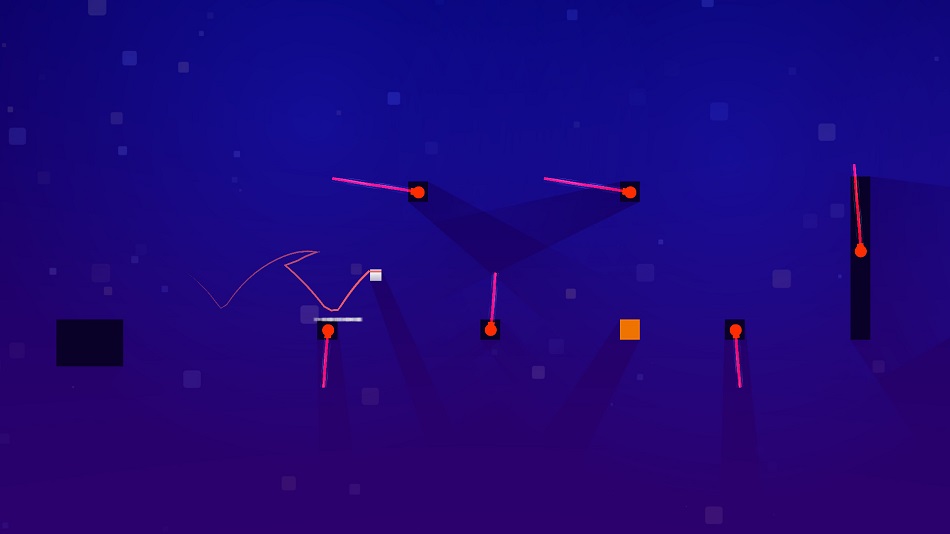 It’s a bizarre, utterly counterintuitive choice that makes already-difficult levels considerably harder than they should be. Climbing walls here means waggling a joystick back and forth quickly, replacing the clean tap of a button with the inexact art of tapping left and right for the exact split seconds necessary to create the perfect arc. It’s frustrating, but not in the way a sadistic platformer should be.

In my hours with the game I learned the level design tricks, I became comfortable with the controls, and I improved quickly, working my way through more than half the levels. However, I never managed to figure out the awful wall-jumping mechanic. It’s not just a bad design choice – it’s an outright mistake, and a terrible one at that.

This wall jumping gaffe is especially frustrating because the developers have so expertly cribbed every other element from Super Meat Boy perfectly – it honestly feels like a level pack or expansion for one of the best platformers of all time, but the compromised controls keep it from functioning the way it should. Almost There provides exactly the kind of challenge I want from my sadistic platformers, but the controls drove me away before finishing it, and I can’t imagine ever going back unless it’s fixed – without perfect and intuitive controls, it goes from sadistic to unfair, and no one deserves that. Rating: 4.5 out of 10

Disclosures: This game is developed by Bony Yousuf and published by The Quantum Astrophysicist’s Guild. It is currently available on PC. This copy of the game was obtained via publisher and reviewed on the PC. Approximately 3 hours of play were devoted to the single-player mode, and the game was not completed. There are no multiplayer modes.

Parents: According to the ESRB, this game is rated E. It contains no questionable content of any kind.

Colorblind Modes: There are b available in the options. 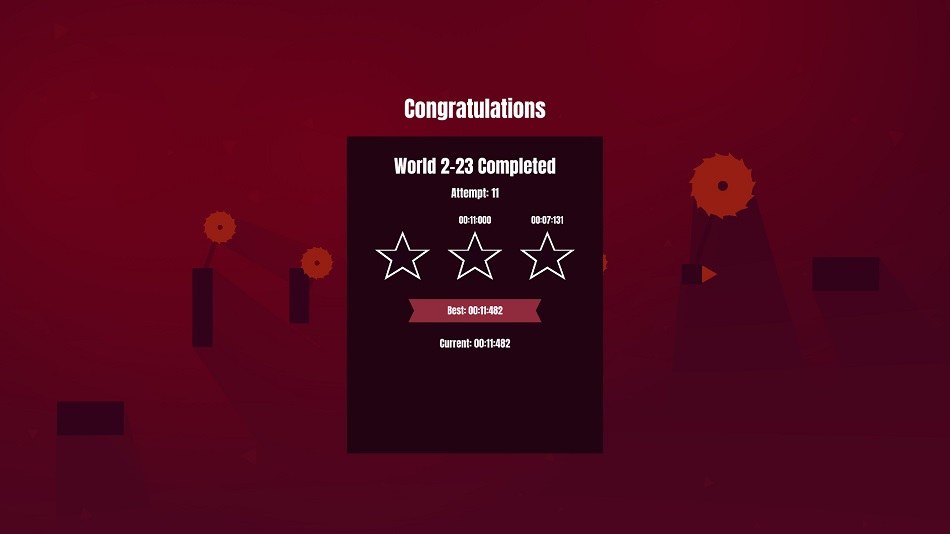 Remappable Controls: No, this game’s controls are not remappable. There is no control diagram. Players control movement with the thumbstick and jumping with face buttons.

Simple yet brutally hard platformers are my cup of tea.

Almost There reminds me of the notorious iOS platformer Nekosan.

Challenging is the new fun!

This game could break anyone’s “No Cursing” rule just like Super Meat Boy.

I’ve had my eye on this game and glad it received a solid review.