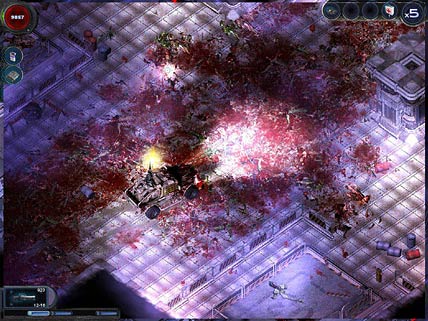 Parents should be worried. This game offers nothing but constant, incredibly gory violence, earning the M rating a couple of times over. However, if you're the kind of parents who doesn't mind violence so long as it isn't accompanied by nudity or excessive swearing, then by all means, let your kids at it.

Twitch gamers should start their index fingers vibrating now. This is classic, ceaseless unltraviolence of the kind you haven't had access to in years.

Deaf and Hard of Hearing gamers should be mostly okay. While directions are printed clearly onscreen, important audio cues, such as the screeching howls of approaching monstrosities, are not. If you still plan on playing, here's a tip: buy the motion detector as early as possible.