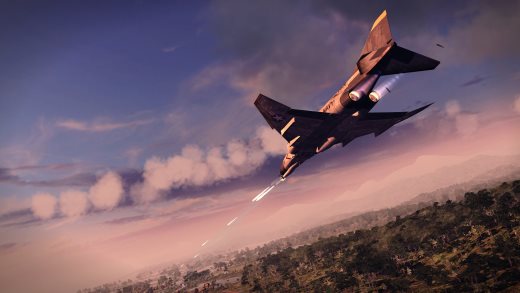 HIGH Finding out what happened to the main character post-game.

LOW Why are there rail shooter segments?

WTF Am I seriously spraying Agent Orange over rural Vietnam?

There's a famous Francois Truffaut quote which states that it's impossible to make an anti-war film, since simply showing the action of war will make the whole endeavor seem thrilling and glamorous no matter the filmmaker's intentions. He was wrong, of course—as many filmmakers have proven, it's simply a matter of presenting war in such an unpleasant way that no one could want to be involved in it.

Whether it's possible to make an anti-war video game is a much trickier question. Won't a developer's desire to make a strong statement against war be sidelined by their need to entertain players with 'fun' gameplay centered around killing enemies?

Hideo Kojima continually makes arguments against militaristic dehumanization in Metal Gear Solid titles, a message that tends to get slightly undercut when the game's plots focus on a badass soldier who keeps saving the world. Spec Ops: The Line attempted the same point by utilizing the power of heavy-handed moralizing designed to make the player feel guilty for enjoying their well-produced third-person shooter. I would argue that it isn't until Air Conflict: Vietnam

that anyone has made a truly successful anti-war game.

Their secret? It's not a good video game.

On its face, making a game about Vietnam-era air combat feels like an impossible task because, for the most part, there wasn't any. One might expect the game to sidestep this fact and include an unrealistic amount of the dogfights that players come to flight simulators expecting. Not only does AC:V not attempt to goose historical accounts for the sake of marketability, it's honest and upfront about the difficulties in making their subject matter engaging. In one of the 'true war factoids' that pops up on loading screens, the game makes mention of the fact that while over five hundred Phantom Jets were lost during the 15-year Vietnam conflict, less than 10 were actually shot down by Vietnamese planes.

So if players aren't going to be engaging in nail-biting air combat, what is the game for? Its primary goal is to simulate the experience of dropping a tiny fraction of the tons of explosives the US dropped on Vietnam, Laos, and Cambodia. All of this is accomplished with only the barest minimum of opposition from AI foes. An occasional MiG will show and put up some token resistance, but they're so easy to defeat that it comes across as a metaphor for how incredibly overmatched the NVA were when it came to air power. The major foe that the game presents is the inconvenient truth that it's nearly impossible to bomb a populace into submission without earning the ire of the entire planet.

This brings me to the game's key narrative framework, which is also its rhetorical masterstroke—between missions, the main character receives letters from a variety of characters stateside, all of them genre standards such as Worried Mother, Impressionable Younger Brother, Supportive Wife and Idolizing Daughter. While none of it is well-written enough to be genuinely touching, the building blocks are established solidly enough that players can get the point. There's also a voiceover comment at the beginning of the game that seems to come from an older, more resentful version of the main character who knows just how badly this whole war is going to turn out.

That's a key element, because it's the one attempt at character building that the developers make. For the rest of the game, the main character is defined by his inactivity.

While the characters at home gradually turn against the war, alternately blaming the main character for his role in it and simply begging him to come home, he remains frustratingly impassive. Gradually it becomes clear that the player is controlling a representation of the entire US government, which theoretically could have stopped the war at any moment, yet refused to, for reasons that seemed more nebulous with each passing year.

I don't believe I'm reading too much into the game's intentions here—not only is it dedicated to all victims of war, but the developers make their intentions clear about what the main character represents by giving him one of the darkest and most unsettling video game endings I've ever come across.

With AC:V attempting to make such a powerful rhetorical point, it's too bad they muddy their message by making half of the game a series of terrible helicopter missions.

Going from bombing runs set thousands of feet in the air to low-level strafing with an entirely different set of controls is a jarring change as it is, but what really turns these sequences into pure garbage is how completely they interfere with everything else the game is trying to accomplish.

I suppose, if one were willing to really reach, they could claim some satirical message is being made by asking players to indiscriminately fire rockets in clear residential areas, but the missions feel like a thousand other helicopter combat games, only with worse production values. The less said about the door-gunner sequences that pop up at the end of some missions, the better. As I'm asked to gun down hundreds of stick figures with a machine gun and throw grenades at tanks, the game has gone from an incisive critique of war to something with all the sensitivity of Operation Wolf.

While it's impossible for any game to convey the experience of the Vietnam War to players, Air Conflict: Vietnam

's senses-dulling mediocrity manages to express just how pointless and destructive the entire endeavor was. While I doubt there's a large audience interested in playing a game specifically about the fact that the game shouldn't be played, for anyone curious as to whether a truly anti-war game can be made, the question now has an answer. Anyone who makes it all the way through AC:V will find themselves on the other side of an experience designed to make war seem not just harrowing, but entirely without cause or merit. It may not be a good game, but it is an important one. Rating: 4 out of 10


Disclosures: This game was obtained via publisher and reviewed on the Xbox 360. Approximately 8 hours of play was devoted to single-player modes (completed 1 times). Multiplayer modes were not sampled.

Parents: According to the ESRB, this game contains blood, mild lyrics, violence. Parents might want to force their children to play this game. It sounds crazy, but in a world of military recruitment tools disguised as entertainment, it might do them well to play a game about the futility of conflict for a change. Maybe if they spend a few hours flying in straight lines, dropping bombs on indistinct squiggles far below, and then have their loved ones question their motives for continuing to take part in carnage they'll give a second before cheering on real wars in the future. I didn't notice the 'mild lyrics' the warnings suggest, but I had the music off for most of the game.

Deaf & Hard of Hearing: should be mostly okay. There are almost no audio cues in combat, and the all-important story sections are fully written out as text.