God Is Dead? Or Just Napping? 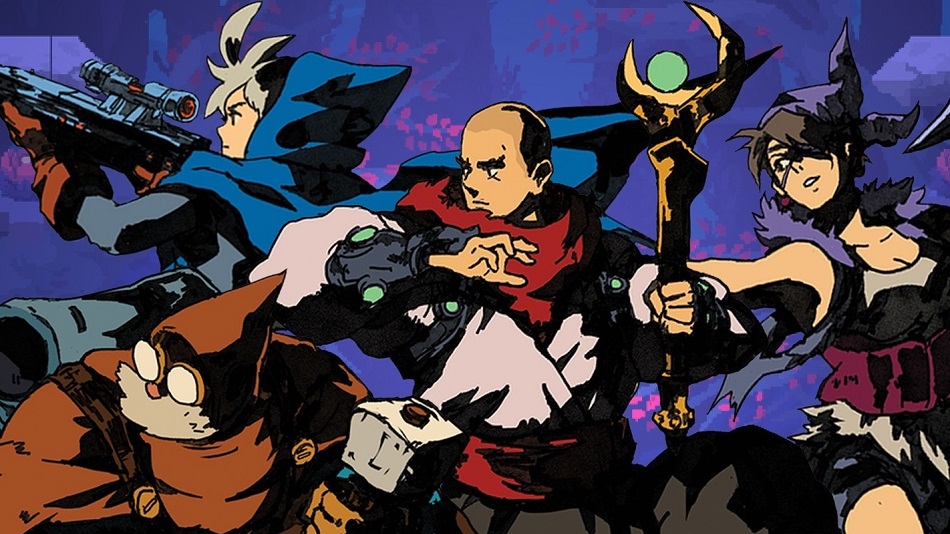 HIGH Basically all of Kobo’s dialogue.

WTF Sure, why wouldn’t adding a mine to a mushroom equal a dragon head that shoots ice?

Tower defense platforming? Sure, why not!

As indie devs start spinning the genre wheel in order to come up with novel premises (Match-3 dating sim! Text-based zombie crafting survival!) every now and then something weirdly compelling happens, like Battle Chef Brigade. While Aegis Defenders may not quite reach those same heights, this eclectic mix of puzzle-platforming and tower defense proves to be oddly winning.

Aegis Defenders is set in the aftermath of a war between nigh-omnipotent robots and human infidels in a dystopian world. If anyone’s looking for subtext about ‘gods’ and belief, it’s here. In a blasted wasteland, a young woman and her grandfather work as scavengers, grabbing bits of technology to buy enough food until their next find comes through. Things get interesting when they come across a working robot who knows the location of some incredible tech — something powerful enough to change the world and get anyone who knows about it killed.

The game is broken up into three-level chapters, most of which follow a fairly regular two-part structure — platforming first, and then defense.

When starting a new level, the player’s group will be dropped into an area where they’ll have to fight their way through insectoid, humanlike, and robotic enemies while manipulating switches and pushing boulders. It plays out like a traditional platform exploration experience with the characters in lush pixel-art jungles, forests, caverns, and deserts on their way to the major relic that sits at the end of each section. 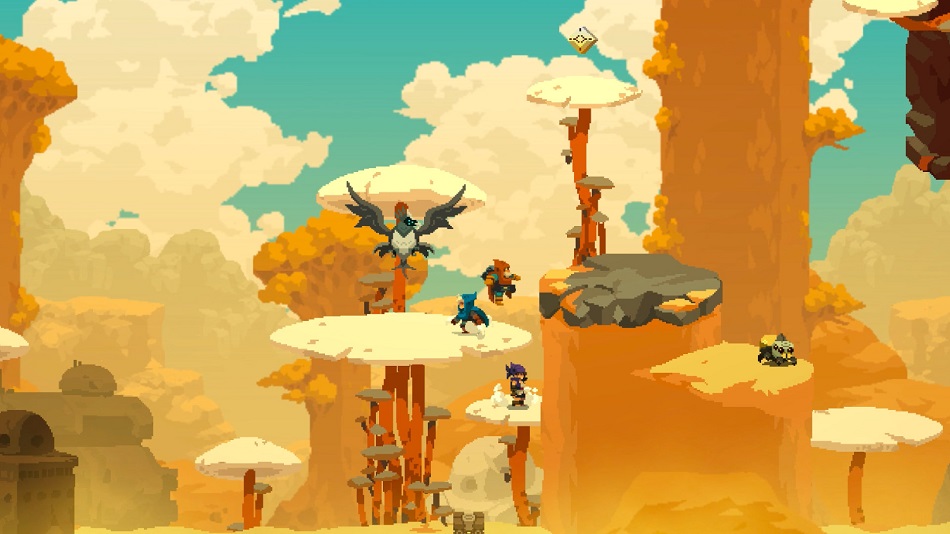 These levels do a great job of exploiting the multi-character party, as each level has puzzles ingeniously designed to force the team to separate and use complementary abilities. At any given moment one character will be setting a brazier on fire while another builds a cannon to shoot a far-off switch, for instance. Every level is loaded with puzzles that have to be overcome if the player is going to make it to the prize that needs to be protected.

Once the prize is located, the second, base-defense section begins. Each character can build a specific type of block, which can then be upgraded or combined with another character’s block to generate a weapon. Players start out using these powers to solve puzzles, and just as they become comfortable with them, they’ll be tossed into a pitched battle against waves of foes. It’s during the secondary base defense sequences that Aegis Defenders has its highest and lowest moments.

Most of the levels are built around a hub that must be defended from six possible avenues of enemy attack – three passages stacked on either side of the field. Before each wave the player has a minute or less to build defenses and position extra characters who will fight from a stationary position. When the player manages to suss out the best possible tower layout, the destruction of enemy waves is a wonder to behold – a flood of monsters beaten back by automatic cannon fire, torn up by mines, and frozen in place. The problem is that the game makes finding successful patterns a lot harder than it should be.

While the player is told which paths a wave of enemies will be coming from, that’s all the information they get. Theoretically they also get a color warning (enemies are color coded, and take bonus damage from like-colored characters and towers) but that’s not worth much since it’s only a generalization. In practice, any color can come from any tunnel.

More problematic is that there’s no warning about what kind of enemies will be coming. Flying enemies require completely different defenses than crawlers, and hoppers frequently find themselves moving quickly from one avenue of attack to another, forcing the player to guard everywhere. Foreknowledge is key to successful play under such circumstances. 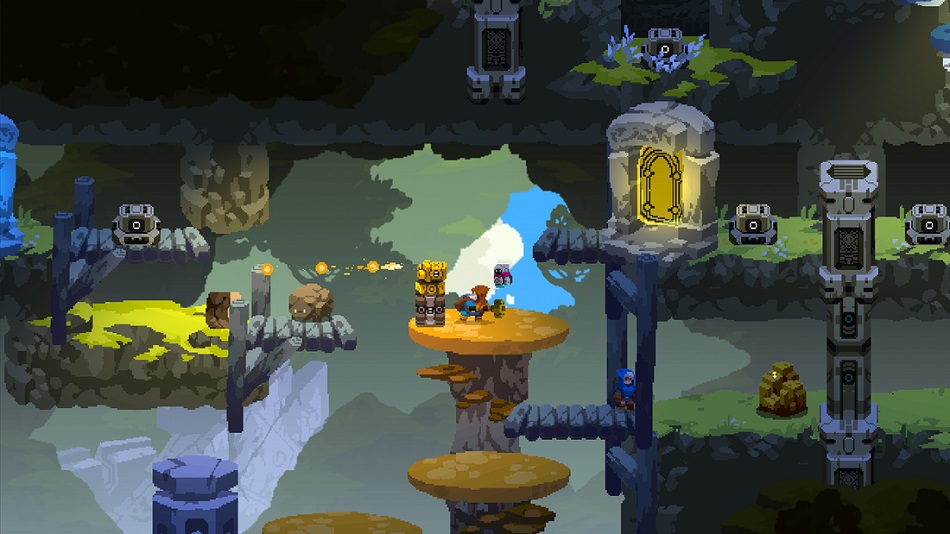 Also, since towers take so long to build, there’s literally no time to build new ones during a wave. So, unless players are extremely lucky, the only way they’ll be able to get through a level is trial and error – accept a painful loss, hit the checkpoint button, and use the layout information to build the correct defenses the second, or third, or fourth time around. Worse, Aegis Defenders doesn’t even let players break down towers for resources, cutting off the vital tactic of respecing between rounds. Heaven help players if they accidentally build a tower facing the wrong way…

Aegis Defenders finds some redemption in its storytelling. The plot has a decent number of interesting turns, and all of the characters have well-developed backstories, delved into using a solid conversation system. While the player controls all of the characters, they’re most directly in charge of Clu, the young woman just starting out in her scrapping career. As characters offer exposition, she’ll have an opportunity to interject or ask questions – if players choose the most character-appropriate one, they’ll not only get more information, but be rewarded with bonus points used to unlock and upgrade tower blueprints. It’s a good system that keeps players feeling involved even when the story scenes get a little lengthy.

With attractive pixel-art design, an entertaining narrative, and largely compelling gameplay, Aegis Defenders is mostly a winner. Unfortunately, the guesswork and lack of flexibility in tower implementation keeps it from being an unqualified success, though. The developers have made a valiant effort at combining genres here, but as good as their platforming is, they didn’t think the tower defense through as well as they needed to, leaving Aegis Defenders a game that gets within striking distance of greatness without ever managing to hit it. Rating: 6.5 out of 10

Parents: According to the ESRB, this game is rated E10+ and contains Fantasy Violence, Mild Blood, Suggestive Themes, and Mild Language. This is a good call by the ESRB, age-wise. There are allusions to genocide and romantic relationships, a few skimpy costumes, and plenty of enemies getting bloodlessly gunned down. You might be in for some conversations about why people might want to murder gods, but that’s a talk you should probably be having anyway..

Deaf & Hard of Hearing Gamers: I played most of the game on mute and noticed no significant issues. All dialogue is subtitled and all direction is presented in text. It’s fully accessible.