I haven't actually gotten around to playing Condemned 2: Hobocide yet, mostly because I'm just not in the mood to beat hobos to death with a rusty pipe at the moment. Perhaps because it's winter and I don't see them around as much. Who knows? Anyhoo, I happened to notice the box in a video store, and noticed something strange about it. 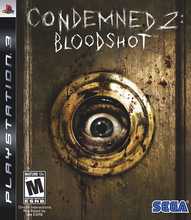 A little generic, sure, and certainly uninspiring. It's not the cover's blandness that offended me, though. No, to make the offensive part abundantly clear, I'm going to blow this up a little. 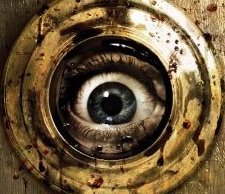 Notice it now? That's right. The eye isn't bloodshot. There are a few red lines, sure, but as anyone who's ever woken up after a night of drinking, stayed up for more than twenty hours, or been within fifty feet of a cat will happily attest, that's pretty darn far from being bloodshot.

Luckily, the good people at Google Image were able to help me prove my point: 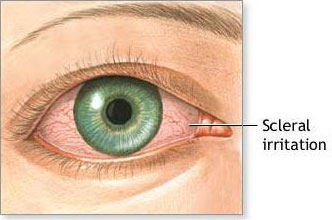 I'm not really sure what the Latin is about there. Perhaps it's the medical term for a bloodshot eye. Who knows. My point is that Sega has put out a game called Bloodshot, whose box art literally centers around an eye, and somehow failed to make that eye bloodshot. Did the artist not know what they were working on? Did they think the game was about Valiant Comics character Bloodshot? 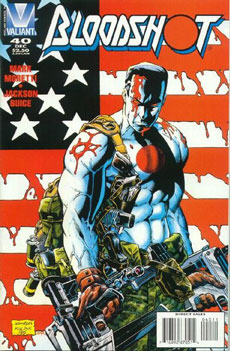 More importantly, why didn't any of the ten or so people who saw this picture between the time it was completed and when it was ready to be slipped into a million game boxes notice the problem and do something about it? I hope they were both sleep deprived and drunk, because it ads a delicious level of irony to the whole thing.