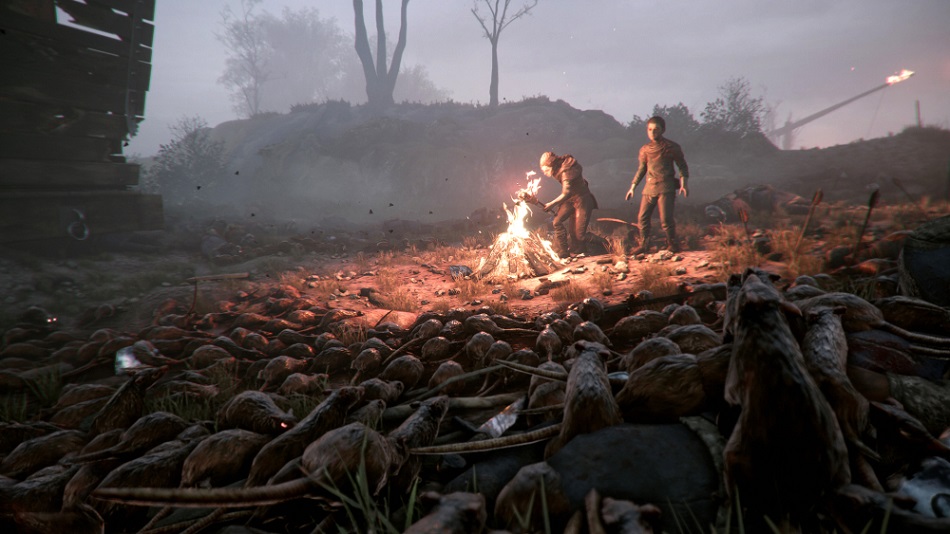 A new entry in the ‘dour and grave’ subgenre of action/adventure games, A Plague Tale: Innocence takes players back to medieval France, when everything was filthy, war was an ever-present threat (and perhaps not coincidentally) a horrific disease was killing people by the millions. Whatever else can be said about the game, it comes by its ominous tone honestly — the setting doesn’t really allow for anything else.

Upon starting, players are put in control of Amicia, the teenage daughter of a minor lord. She’s out for a pleasant stroll that turns into a boar hunt before segueing into something much darker — but the plot isn’t the most important element here, it’s the way that Innocence uses this ten-minute sequence to ease players into its world. 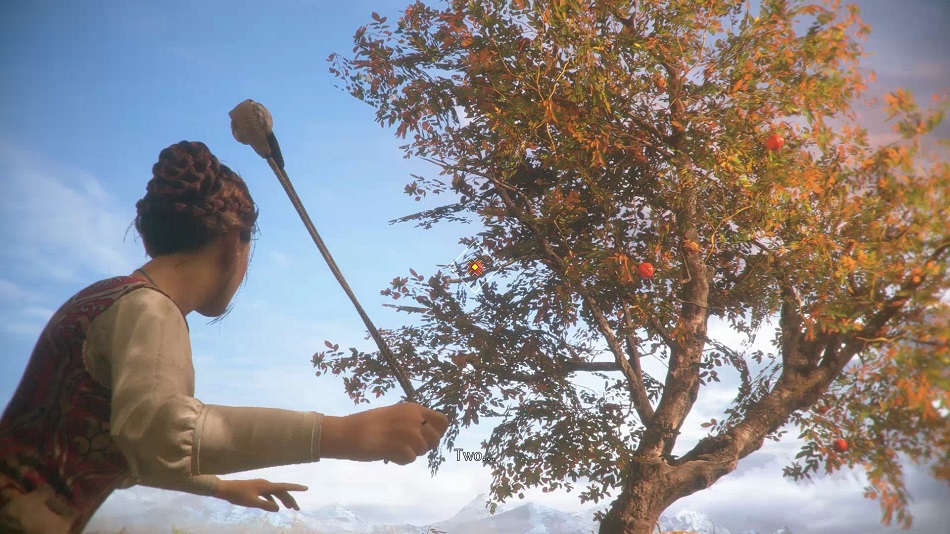 Honestly, A Plague Tale is a masterclass in narrative tutorial design thanks to the way it blends exposition about the world, character sketches, and game mechanics seamlessly together. Despite her ‘advancing’ age and the expectations that come with her gender, Amicia still harbors fanciful dreams of becoming a knight — a detail that serves not just to establish that she’ll be able to handle herself as an action hero for the duration of the story, but also to imply tension with her younger brother Hugo, since the game’s context suggests he should be the one training to assume the mantle of lordship.

After the training chapter, players put their skills to the test as Innocence reveals its hand in a stark way, since plague rats aren’t the only threat in this vision of rural France – sudden, brutal violence is constantly a heartbeat away, and Amicia is quickly called upon to take charge of her brother, leading him away from dangers that harry them from all sides. The game employs tried-and-true stealth and partner mechanics with Amicia hiding in tall grass to avoid patrols, throwing rocks at distant pieces of metal to create distractions, and sending Hugo ahead through small openings and up high walls to open new paths. 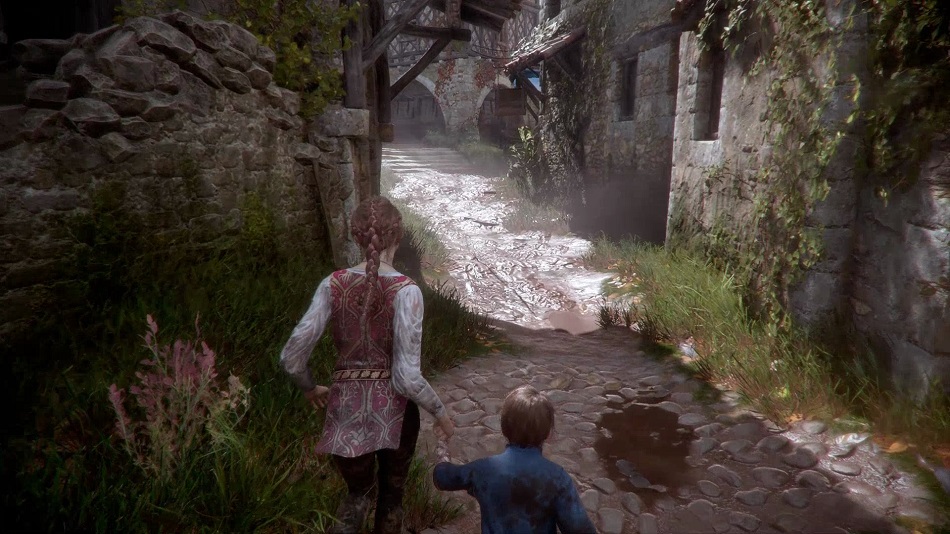 In terms of combat, everything has weight and heft, and although Amicia and Hugo are great at running and hiding, the game never forgets that these are children. So, when combat finally arrives, it’s a desperate, bloody affair, where a single blow from an enemy can result in a game over. These are desperate times in a desperate world but the mechanics are strong, and the enemy AI was glitch-free in the couple of hours I spent advancing steadily from action setpiece to creepy exploration, to harrowing boss fight and beyond. The most important element, though, is the relationship between Amicia and Hugo.

As virtual strangers who grew up in the same estate, they’re understandably tense with one another, especially since Hugo is far too young to comprehend the stakes of the situation he’s in, and Amicia doesn’t have any experience in dealing with children. It’s a pairing that could easily grow tiresome, but from what I’ve seen so far, the developers handle the characters deftly, trusting the audience to get on board with the mysteries of Innocence while learning to love the kids along the way. 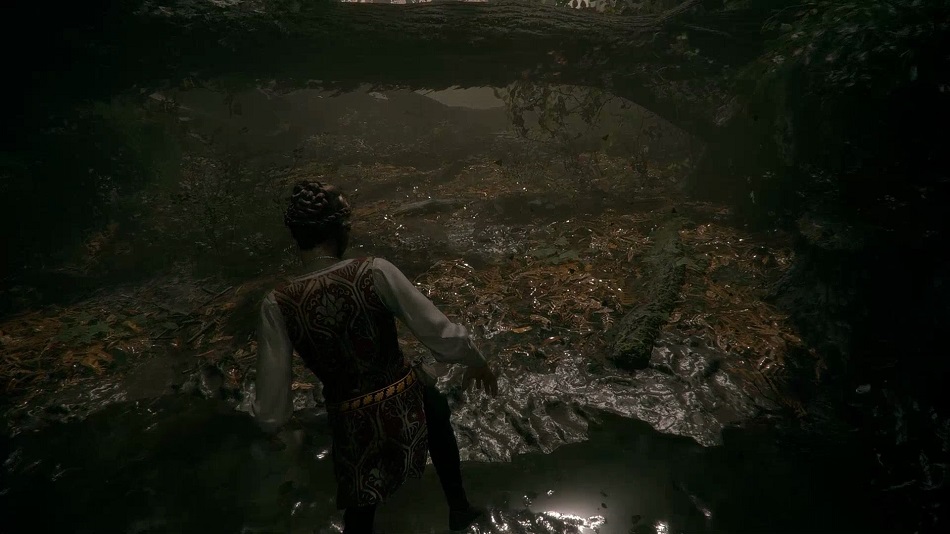 Also, I would be remiss if I didn’t touch on just how beautiful the visuals are. From the opening scene set in an autumn forest, through an incredible recreation of a manor house, and on to the claustrophobic alleyways of a near-empty town, the level of detail on display is astounding. Every bit of rotten fencing and block of chipped stone tells a clear story, and this is a lived-in world that’s only a few degrees removed from the wild nature that surrounds it. Whether depicting muddy trails or burned corpses, great care has gone to make everything as realistic as possible, creating an utterly grounded environment for Amicia to move through.

With a beautifully constructed world, endearing characters, and a plot that had me hooked by the end of the prologue, A Plague Tale: Innocence is already quite impressive after just a few hours. I can only hope that the rest of the game makes good on the promises that the opening sections make, and if it does, the developers will have a title to be proud of.

It made me remember Naughty Dog’s excellent action-adventure survival horror “The Last of Us” and the game’s stealth and gameplay mechanic.

I also watched a video of its gameplay and boy are we in for a treat with this action-adventure masterpiece by Asobo Studio.

Don’t even get me starting with the characters because they’re beautifully voice acted.

This is right up my alley!