While I'm all in favor of Xbox Live (for the game demos, anyway), I don't think I should have to keep my 360 logged on at all times to get the benefits. Here's my gripe: 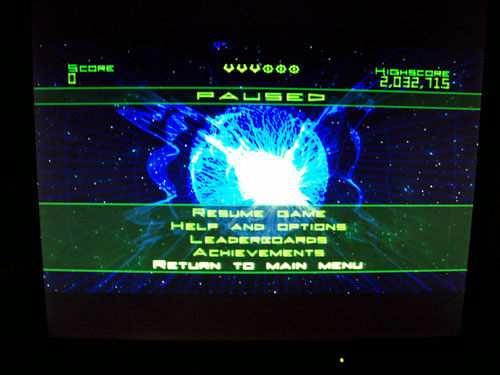 That's my high score in Geometry Wars – not top of the range or anything, but pretty respectable nonetheless. By the time I hit seven digits I knew I'd want the score uploaded to the leaderboards, so I paused the game and logged onto Xbox Live. Unfortunately, when I finally died and checked said leaderboards, it looked like this: 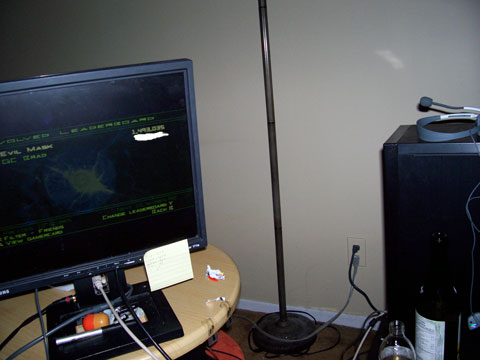 Again, not too shabby, but the 600K point differential made me more than a little furious that my new high score had not been uploaded. And why not? Do I have to be connected at the start of the game? Is this a problem unique to the DVD version of Geometry Wars, or have others suffered the pain of game-score-deletion?

Or is all of this just a symptom of nearly-pathological procrastination? Only time will tell.

My score? Heh, go ahead.. it’s no secret i’m pretty weak at GW. it’s probably the one Live game i wish i had more achievements on, but i’m not willing to put in the time. ; )