According to ESRB, this game contains: Blood and Gore, Strong Language, Intense Violence 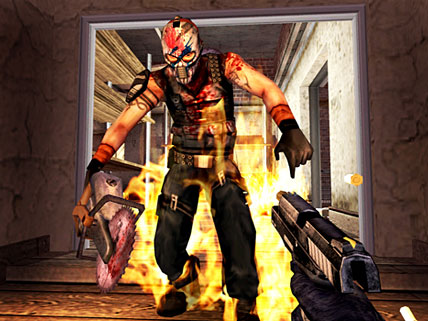 Parents, be careful with this one. It's an exceptionally violent game, reveling in excessive brutality and carnage. While this is perfectly acceptable entertainment for people of a voting age, anyone who can't choose their municipal or federal leaders should probably be kept away from it.

FPS fans should definitely take a look at this one. It makes significant enough improvements to the console FPS concept that it's worth picking up just to experience the gameplay.

Deaf and Hard of Hearing gamers will be in a little bit of trouble—as with most FPSs, audio cues are vitally important. Sure, there are onscreen indicators to tell people when they've been hit, but they won't be able to hear the attacks coming beforehand.