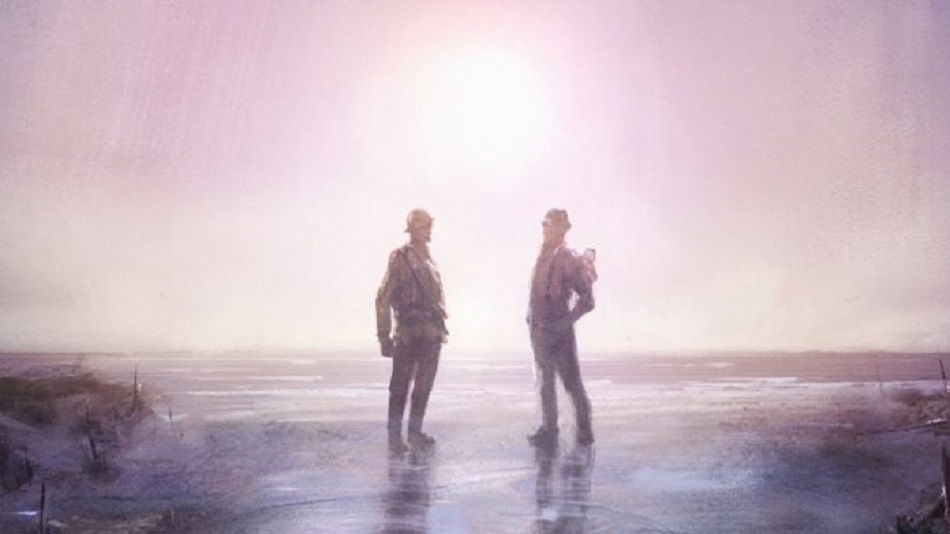 HIGH Finding out whose fault all of this is.

LOW It’s been a year and he still doesn’t speak any German?

Remembrance Day is a tough one. The 11th of November is a day to solemnly consider all of those who died in conflict, so it’s fitting that a game titled after it focuses not on the war, but on the story of two soldiers from opposite sides who are thrown together time and again, forced to experience one another as human beings, rather than the soldiers their country expects them to be.

A sweeping adventure covering the last two years of WWI, 11-11 follows Harry, a Canadian photographer who joins the army to impress a girl, and Karl, a German engineer who enlists in order to search for his missing son. Their journey takes them through some of the bloodiest battles of the war, right up to the last seconds the conflict, giving the player a chance to experience the war’s horrors firsthand as both men discover that they’re not prepared for the toll it will take on them.

The story follows the well-established formula of a Telltale-style adventure game. Players directly control the two main characters in small areas, either on their own or by instantly flipping between the two when they’re in close proximity. In each chapter characters face a problem, and then solve it by using items or doing their jobs. For Harry, that means taking pictures of key items, while Karl engages in a series of repair minigames. 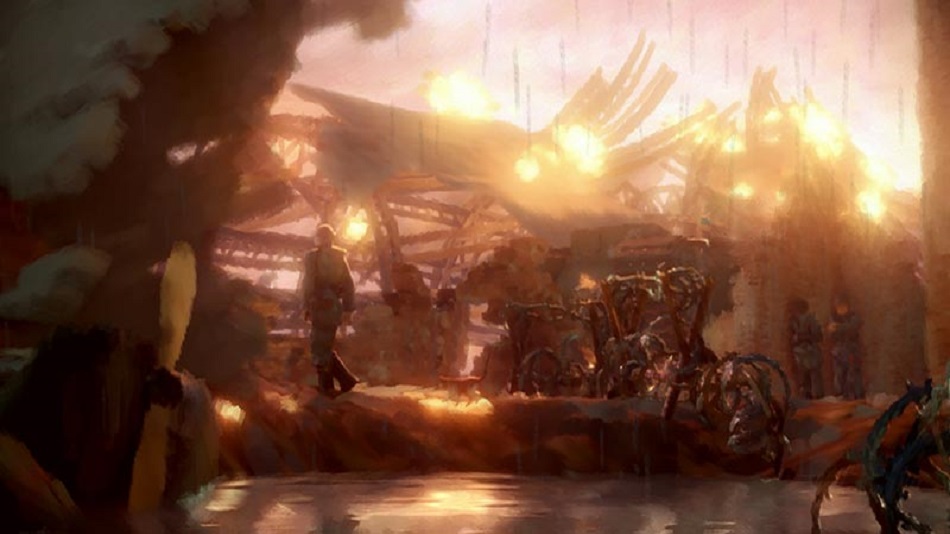 Each new setpiece comes with a time jump forward where players will find the two men living parallel lives. At first they’re in their respective jobs half a world away from each other, but they’re quickly on opposite sides of the No Man’s Land dug into trenches at Vimy or Passchendaele.

While it’s largely a puzzler, 11-11‘s puzzle elements are secondary to encouraging the player to experience the story. Each area has at least one optional objective with an attached trophy and there are plenty of collectibles to dig up, but the real thrust is to involve players in these characters’ lives — and it’s a profound success. This is a truly human story, willing to let every character have their own internal life to the point that even the  villain is revealed to be just as full of guilt and self-doubt as anyone else.

Perhaps the most impressive thing about 11-11 is that its brushstroke art style isn’t simply a flight of fancy on the part of the developers, it’s a central element of the theme – this isn’t about people experiencing a war, it’s a game about the memory of war, of the stories that people tell about it, and who they tell those stories to. The beautiful visuals reinforce the idea that memory itself is fuzzy, and that what turns out to be the most important moment of a life could pass by and be forgotten just minutes later. This is a perfect blending of aesthetic and message, and that alone makes it a fantastic accomplishment. 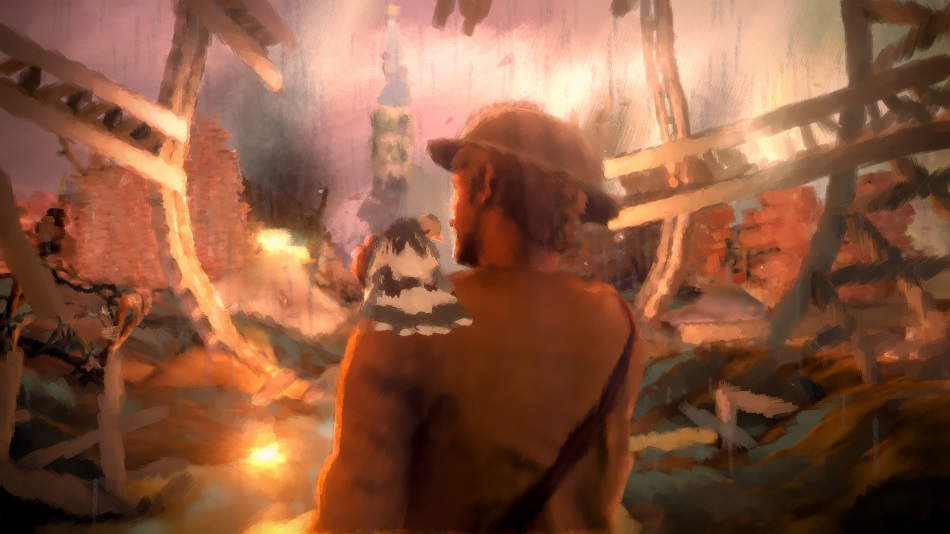 The player is never let off the hook despite the developers avoiding the usual wartime shooting gameplay, though — once the stylized battles are over, they finds themselves dealing with the injured, the shell-shocked, and in one case, a literal field of dead. 11-11 is as anti-war a wargame as I’ve ever seen, and it does it by simply presenting it with as much honesty and clarity as it can manage.

It’s telling that the biggest complaint I can generate about 11-11 is that it suffers from occasionally-lazy plotting. The storytelling is good enough that the developers get away with some fairly large coincidences, and we’re asked to believe that Harry is almost unbelievably bad at languages. However, the story reaches a point where it beggars belief that he’s still baffled by what the Germans are saying. There’s not much apart from that to criticize, though — this is a great tale being told by people with the skills necessary to tell it. Rating: 9 out of 10

Disclosures: This game is developed by Aardman Animation, DigiXArt and published by Bandai Namco. It is currently available on PS4, XBO and PC. This copy of the game was obtained via publisher and reviewed on the PS4 Pro. Approximately 7 hours of play were devoted to the single-player mode, and the game was completed. There are no multiplayer modes.

Parents: According to the ESRB, this game is rated T and contains Use of Alcohol and Tobacco, Mild Blood, Violence, and Language. Play this with your kids, parents. I can’t stress that enough. It’s a touching story about loss and dehumanization, and one that would make sense as a text for high school kids to study in class. There’s quite a bit going on here, and even while there’s almost no blood in it, it gets very intense at times. So, while I don’t think younger teens should be kept away from it – these are important messages, well presented – having a mature set of eyes on at the same time is a great idea. The swearing isn’t anything that would pull it out of a PG-13 rating, the smoking isn’t glamorized, and the drinking is treated realistically.

Deaf & Hard of Hearing Gamers: There are no audio cues that will affect gameplay. One minigame involves using a stethoscope to listen for vibrations, and while it’s more difficult if you can’t hear the sounds, a button prompt appears onscreen when the cut is in the right place, so it’s not such a challenge. All dialogue is subtitled. The subtitles cannot be resized. 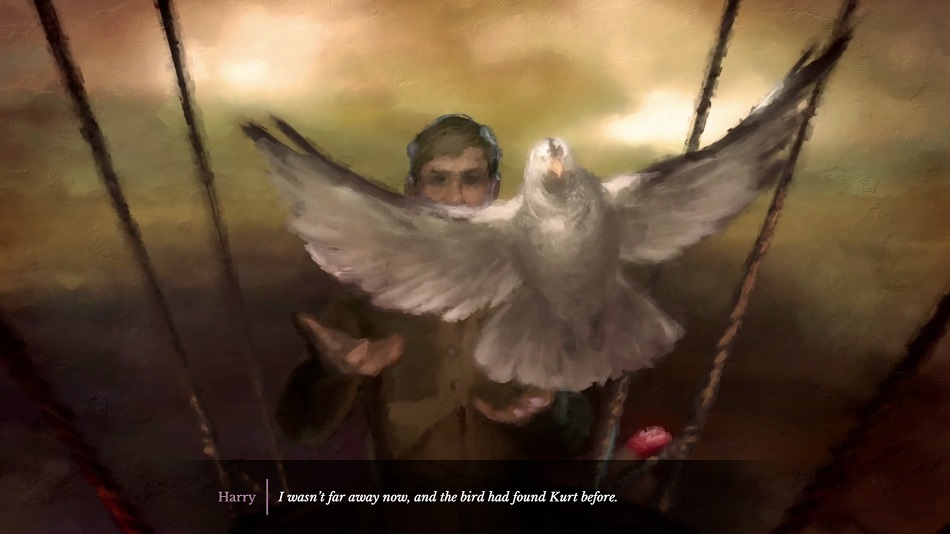 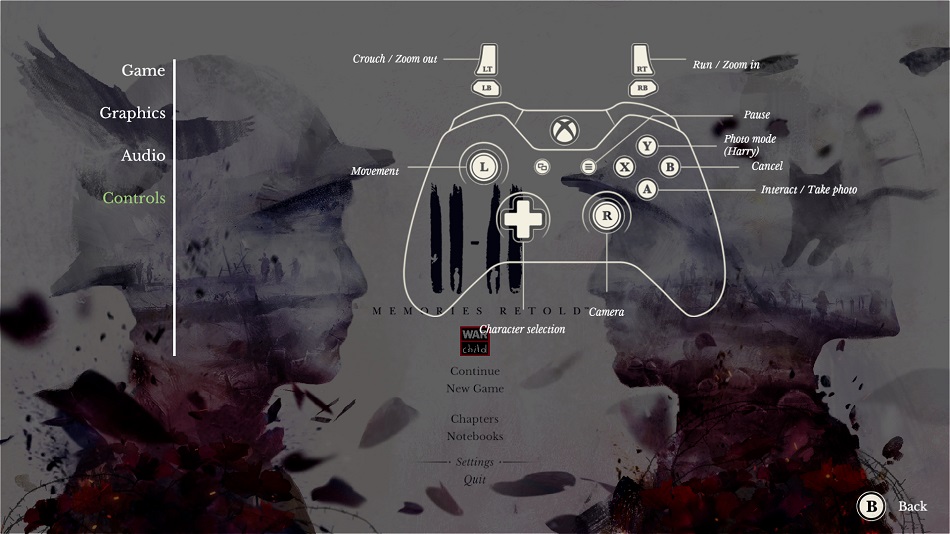 Your review has no score.. I didn’t like the game tbh, gameplay and difficulty are almost nonexistent(boring). The art style is interesting.

highlight the text at the bottom of the review.