After spending a lot more time with Move over the last few days, I thought it would be good to spew my thoughts into the ether. After breaking down my thoughts the other day I wanted to spend some time with other games that used the new control scheme.

I'm beginning to get used to moving through the XMB with the… wand? and now I can select pretty much anything with a few deft flicks of the wrist. So far (touches wood) I haven't had any issues with lighting interfering with the system, as others have. So, the love affair continues. 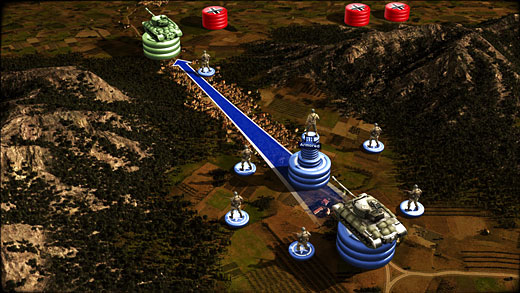 After spending a couple of hours with the strategy title, I can only reiterate at how marvelous Move will be for these genres. RUSE utilises the navigation controller to move the camera back and forth and side to side, while the wand (let's call it a wand) selects units on the field and rotates the camera.

One concern I had was how precise it would be when a lot was happening on screen at once and while it was tricky to get to grips with, once I'd nailed it I was feeling at home. I wouldn't say it was a suitable substitute for a mouse and keyboard, but this is the best console players will get.

With Move in place, I would expect developers to be porting their strategy titles over very soon. 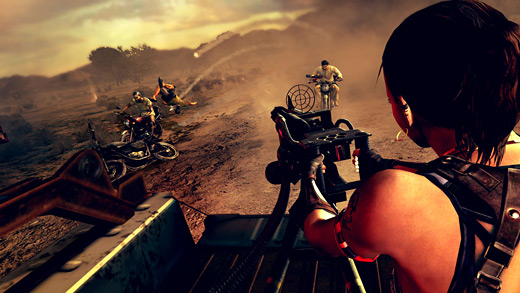 It may be worth me saying that Resident Evil 5 was my favourite game of last year and myself and good friend Andy finished it four or five times together. In fact it is one of the few titles that I got every achievement on. So, I've played it a lot. Using Move felt like playing it for the first time, again.

To say it's similar to Resident Evil 4, would be wrong. It is, but the aiming is tighter and playing this way actually adds a lot more tension. The latter of which is quite impressive seeing as I've watched every cutscene and experienced each set piece many times.

Again, it takes a while to get used to the controls, but bizarrely it's more because of the HD visuals than anything else. Obviously I've played similar games and control systems on the Wii, but with the Hi-Def graphics it just takes a while to adjust. I only played briefly, but I'm desperate to play through again… unfortunately I have to wait for my wingman to pick up Move.

I won't conclude my opinion as yet as tomorrow I will be spending time with a few more demo's, namely Eyepet and Echochrome II. One thing I never thought I would say, as usually I feel that this motion control lark is a bit pointless, but whenever I pick up the Sixais… I kind of miss Move. There's something about the tech that just fits. Maybe it's being able to reach in and out of the field rather than just move a crosshair or wave a bat.

I'm very excited to see what Sony and other developers have planned for the future.