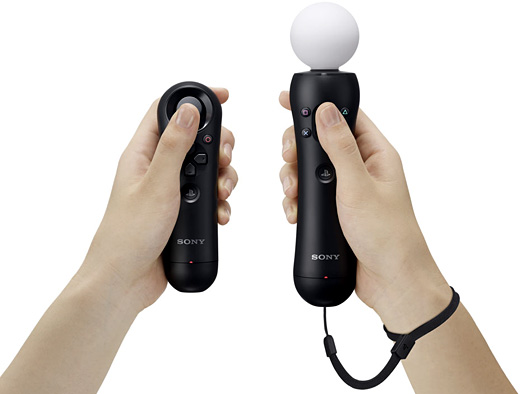 The other day, I sold my Xbox 360. Finally after all that time of going back and forth, the time had come to list it on eBay and try to make some money out of it. It had been sitting on my bedroom desk unused for a while now and as most of my gaming is being done on the PlayStation 3, I thought it time to dedicate myself to Sony's console.

Anyway, as I'd made a nice sum from the 360 I thought I would treat myself to Move, Sony's new motion control system. So, off I trotted to Tesco to buy it. I would have gone elsewhere but I had a voucher for Tesco that gave me £6 off if I spent £40 or more. I bought the Move starter pack and a navigation controller, too. I decided to pass on most of the games, for now, as I'd heard most were rubbish.

It didn't matter as I had the demos and I knew that there were a few games on PSN that had my interest. Oh, and I rented RUSE, as well.

My first reaction to Move was how sturdy the unit felt. It has a nice heft to it and fits comfortably in your hand. My second thought was, "I have to use the strap here as it's nice and smooth and will fly from my hand." The Move controller is lovely, the buttons are placed very well, although I'm not keen on the positioning of the start and select buttons. As they are on the sides, they aren't as easy to reach quickly as the other buttons.

I wasn't all that impressed by using the Move controller to navigate the XMB. It just doesn't feel fluid enough and often times I overshot the thing I was actually trying to select. I'm sure over time I could get used to it, but I will stick with using my controller or the navigation controller. 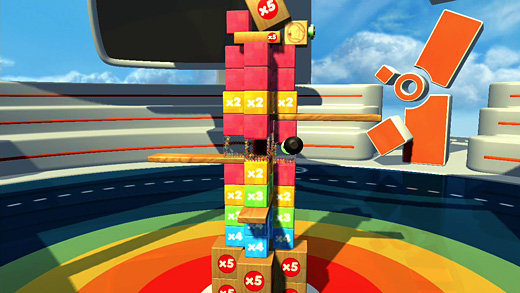 Wow, how to explain Tumble. It's like reverse Jenga or a cross between Jenga and Boom Blox. If you're buying Move, this should be the first game you play/try. This is mainly because it shows off exactly what Move can do. The 1:1 movement is tremendous, it sounds stupid to break it down so simply but the controller on screen does move exactly as your hand does. But, also, you can move within the depth of the field.

So, to start with Tumble teaches you to pick up blocks, move them around the screen and slide them through hoops in the foreground and background. The idea of the game is to build towers by balancing blocks, or in later levels, blowing them up. It's a great game, one that not only uses your mind but uses the dexterity of your hands. So, don't give it to Grandma as her shaky hands will bring your tower down in seconds. 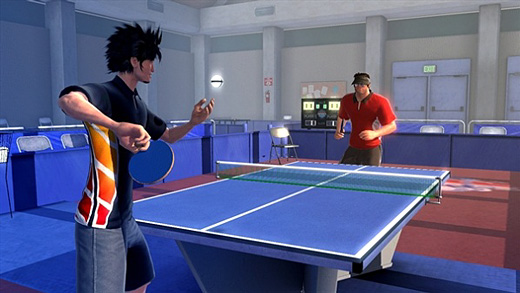 I only had time to try Table Tennis and the first thing that jumps out is how "grown up" it feels compared to Wii Sports. Not just through the HD graphics but through the minute movements of the swing mechanics. Adding spin to your ball is so easy and playing makes you feel rather empowered.

As a massive golf fan, both in real life and in virtual worlds I was looking forward to trying this. And I was not let down, at all. It's tough to play at first, mainly due to that 1:1 movement. Tilting the club even slightly will add fade or draw to your ball. This of course means that your first few swings will likely drift miles of course.

Once you're used to the controls the game feels remarkably intuitive. Only stopping to aim your ball pulls you from the experience of playing golf. If you're a fan of Tiger Woods, this is a must have as, for once, motion control makes the game better. 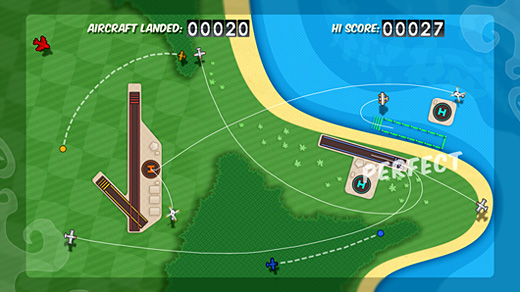 Everyone's favourite iPhone game is now HD and is controlled with Move. So, amazingly intuitive and it works very, very well on the big screen. This is where move shows another trick from its sleeve, but a simple one. The Move controller makes a superb pointer. If developers don't take advantage of this by making more RTS's and Point and Click's for the system, then they are mad.

Each path you form in your mind is exact on the screen, the only thing that can let you down is a shaky hand. It's still as fun and addictive as ever, but Move takes it to a different level. For only £3.99, if you aren't buying this, you will regret it.

When developers take use of what they have here, Move can take the PS3 to an entirely different level. Games that are awkward on console will finally have a home and those silly mini games will become a different beast with the minute motions achievable with Move.

Of course I haven't tried any action games such as Heavy Rain or any of the future games like Dead Space 2, but with the intricacy of the pointing I can only think that Move will feel wonderful to use. Move is a triumph in motion control, it may even convert the critics.