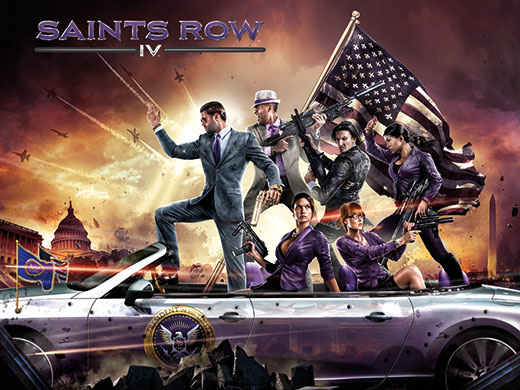 HIGH Nearly everything unpleasant about The Third is fixed here.

LOW Steelport is still hella gross to look at.

WTF The ending features a scene so hideous I thought I'd gotten the bad ending.

I'm one of the minority who didn't love Saints Row: The Third, putting me in company with Brad. While I wouldn't call the game garbage, I found it to be a tremendous disappointment. Yes, Volition broke free from the Grand Theft Auto-style storylines of the previous two and went all-out with insanity (in the words of the developer, "fun trumps all") but it resulted in a strangely hollow experience.

The design of the new city was too grey and industrial looking—incredibly boring compared to the Saints' old stomping grounds of Stillwater.

For every imaginative mission with a character I liked, there were three with dull objectives and boring villains.

There was potential in the game's security-state satire, but it never had teeth.

While SR2 is still the series' standard-bearer for me, Saints Row IV

is stronger, more enjoyable and more coherently designed, written, and paced than The Third. I had a great time with it, but by the end I felt a bit exhausted.

The super powers of the game owe a hell of a lot to Radical Entertainment's Prototype series, and using them to zip around Steelport can be a joy. Of course, players can still drive around the simulation, but the abilities to fly and jump happen so soon that cars become an afterthought. The combat powers aren't as exciting as the movement, but what's interesting is the way the devs sprinkle missions that take away powers throughout the campaign. It speaks to the pacing. When I lost my powers, I really felt it, but the missions have good reasons to strip them away. It's a skillful balance, something The Third couldn't do

This time, the game takes care in developing the Boss' relationship with each member of the Saints on their Normandy-style ship. Everyone gets a Mass Effect-ish loyalty mission, and there are enough reasons to do every one. It's also great to bring them along as homies, even though you never, ever, ever need their backup.

The voice actors are all good, though special mention must be made of Keith David in the part he was born to play, actor Keith David turned Vice President of the United States Keith David. This measured sendup of his own character-actor persona is one of the best things in the game.

Despite the praise I've showered on it so far, I'm still of the opinion that Saints Row IV comes up short.

Graphically, Steelport is terrible to look at. The ‘Simulation' coats it in a veneer of eternal dusk that would get irritating if traveling wasn't such a blast. In fairness, any fourth iteration on the same hardware looks tired, but the engine is especially creaky, and on my 360 there were several lockups and bugs — kind of ironic, since part of the premise is breaking a giant computer game.

The narrative features tons of twists, including one so shocking I kept waiting for the writers to walk it back, and was impressed when they didn't. However, the further the game goes on, the more the story begins to break down with pop culture reference after pop culture reference.

Remember that thing from the 80s you liked a lot? Steve Jaro and his writers sure do. Yes, it's neat that a 25-year-old cult classic gets an homage in this game, but it's based on a barely hinted-at plot turn that's almost immediately resolved the moment it's brought up. As Sparky Clarkson said in his Second Opinion, many missions require knowledge of the previous games to fully appreciate, which would be fine if I got the sense that anyone on earth actually cared about the continuity of Saints Row besides Steve Jaro.

It wouldn't be so bad if Saints Row IV actually looked at these references with a skewed angle or used them as a jumping-off point for something more creative, but it doesn't. The final mission blatantly copies an exchange from another ‘old classic' complete with the original song playing under it. I kept expecting a joke, but none came.

is much better than I expected, and a definite improvement over The Third. However, the blatant parody of the series—the very thing that made it set it apart from its bigger rival—has gotten tired. By game's end, I'd had enough.  The actual ending itself leaves plenty of room for a reboot that would likely render the series completely unrecognizable from its predecessors. As it stands, it's a largely positive way to go out, but don't be surprised if the ride runs out of gas before it's over. Rating: 8 out of 10


Disclamers: This game was purchased via retail for Xbox 360. Approximately 30 hours of play were devoted to single player mode. No time was spent in co-op. 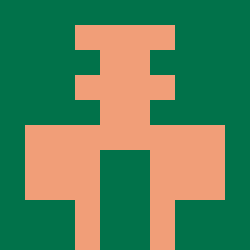