Ok, that title is a bit off. What it should say is that most videogame addicts aren't actually addicted to games.

That was the finding of Keith Bakker, founder and head of The Smith & Jones Centre in Amsterdam. This clinic, opened in 2006, was the first and only clinic of its kind to treat gaming addicts.

Many will remember when this clinic was first opened. It was reported that there was a flood of inquiries from concerned parents and young adults just coming to grips with the then exploding genre of games: massively multiplayer online role-playing games. 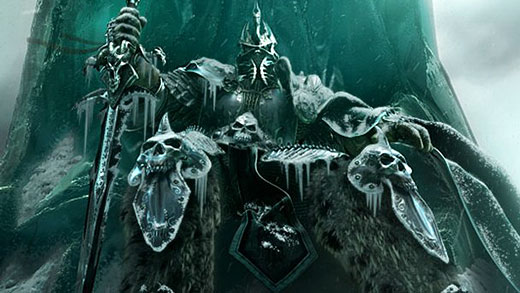 But Mr Bakker believes that this kind of cross-addiction affects only 10% of gamers. For the other 90% who may spend four hours a day or more playing games such as World of Warcraft, he no longer thinks addiction counselling is the way to treat these people.

"These kids come in showing some kind of symptoms that are similar to other addictions and chemical dependencies," he says.

"But the more we work with these kids the less I believe we can call this addiction. What many of these kids need is their parents and their school teachers – this is a social problem."

So not only are there fewer gamers actually addicted to games, it just seems that these patients need some social adjustment. Maybe getting outside for a bit and interacting with people their own age or of similar interests.

"This gaming problem is a result of the society we live in today," Mr Bakker told BBC News. "Eighty per cent of the young people we see have been bullied at school and feel isolated. Many of the symptoms they have can be solved by going back to good old fashioned communication."

By offering compulsive gamers a place where they feel accepted and where their voice will be heard, the clinic has found that the vast majority have been able to leave gaming behind and rebuild their lives.

I just want to add that I do think that this is still a problem in case it wasn’t clear in the post. Social or psychological, “complusive gaming” is still an issue that needs attention. I welcome Bakker’s statement about that it is mostly about parents and schools getting involved with these kids and combating bullying and feelings of isolation, but this only shifts the burden to something else. I love that some pressure is taken off the videogame industry, but there will still be teens and young adults in need of help. I also noticed that Bakker challenges the… Read more »

I’ve always suspected that it was more of a social issue than an actual physical addiction–particularly with the MMOs. It’s very easy to lose yourself in those games, particularly if you’re going through real-life problems–they offer a “virtual community”, obtainable rewards (can’t get straight A’s on your report card or a raise at your job? You can get a Sword of Incredible Destruction if you just keep playing long enough!) and for a lot of people, a very enticing way to escape a world that they may not be all that happy with.

The whole concept of being “addicted” to video games is flawed, and I think this article underscores that. There is little evidence that video games are inherently addictive, and unhealthily excessive video game playing is usually just a symptom of some other underlying issue.