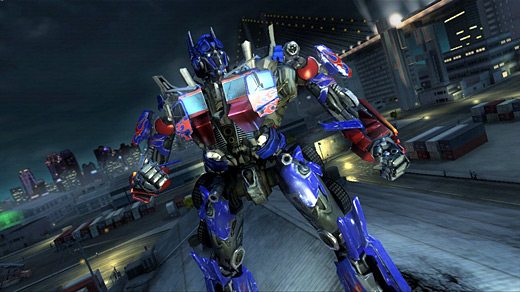 Shia LaBeouf sits down with BigDownload to talk about Transformer: The Revenge of the Fallen The Game. Nice to hear a celebrity that is an actual gamer, though not particularly surprising coming from a twenty-something year-old, white male. LaBeouf talks like many of his characters: without an edit button, some cockiness and a whole lot of sass:

"I haven't been able to play the Wii game because my hand is broken. I've just been playing Xbox 360 and PlayStation 3. I would imagine that the Wii experience will be like…I don't mess with the Wii, to be honest with you. It's kind of an amateur console. I'm not into the Wii thing."

This is how in a simple way you can find out if it's a gamer you want to play with. Ask them if they have a Wii. If they say yes, get the f*** out of there.

When you're done reading this interview you not only have an appreciation for his love of gaming, but also his contempt for the Wii. He seems to hate the Wii almost as much as our Mike Bracken and Brad Gallaway.

These days I guess the easiest and most reliable way to establish your impeccible core gamer credentials (something which young Mr LaBeouf seems very keen on in this interview) is to simply say random nasty things about the Wii. God knows I’ve been guilty of that myself from time to time…