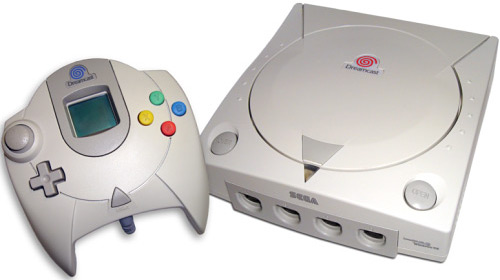 I'm looking for a some sort of metaphor for the Dreamcast as I write this, but I can't think of one. Even three days after the 10th anniversary of its launch—yeah, I know I've have 10 years and three days to think of one—I can't quite put into words what the Dreamcast was.

It's safe to say that the Dreamcast was Sega's last shot. After ill-conceived business decisions during the 1990s that led to increasingly useless console upgrades like the 32X and Sega CDX, Sega found itself in dire straits. It really only had the capital for one final Hail Mary or it would have to abandon the hardware market. So Sega partnered with NEC and Microsoft and put everything it had into what was really the console that could have been its savior. I bet it thought, as many of us did at the time, that the tech, the partners and the software were more than enough to create a console that would stand up to its competitors for years.

What happened to the Dreamcast was that it launched just in time to be overtaken by the tidal wave that was the Sony PlayStation 2. Almost like a black hole, Sony's nebulous console had everyone caught up in discussions of "Emotion Engines", "Cell Processors", impressive trailers for The Bouncer and Metal Gear Solid 2: Sons of Liberty and "worries" that Sadam Hussein would use PlayStation 2 as supercomputers. The PlayStation 2 was on everyone's lips and it was only the hardest of hardcore that really seemed eager to buy Sega's now unassuming white console. In late 2000, after the PlayStation 2 launched, the Dreamcast was all but forgotten by the masses. 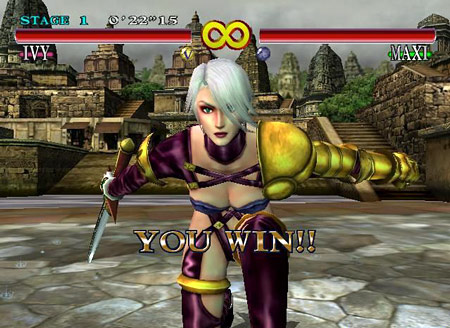 I was originally going to just link to Peter Moore's blog post celebrating the 10th anniversary of the Dreamcast and quote what he said, but this post has evolved a bit. If you're still interested in what Moore had to say, here is a nice quote from said article:

Allow me this forum to correct one misconception about the final days of the Dreamcast. As we emerged from the Christmas selling season of 2000 and collated the sales data in the following January, it was evident that we were falling short of the critical mass target we had set ourselves for continued investment (read: ongoing losses) in the hardware business. Sega of Japan had rightly set sales goals for the North American market for that critical period, and as strong as our numbers were, they fell short of where we needed to be to continue. The decision was made, from Japan, to pull the plug and begin the transition to becoming a multi-platform third party developer and publisher. We at SOA [Sega of America], while disappointed, were in full agreement that this was the only real course of action, and it was with a heavy heart that I hosted the conference call on January 31st, 2001, announcing that Sega was ceasing manufacturing of the Dreamcast console. The call on the decision was made by SOJ. The conference call to announce the decision was conducted by SOA.

Like I said, reading post's like Moore's and the general coverage Sega's machine received this past week got me thinking. Why do we celebrate the Dreamcast or look back on it so fondly? Do we celebrate the anniversaries of the launches of the Nintendo 64, GameCube, or Xbox in this way?

Is it that it is a failed Sega console? Is it really no more complicated than the fact that it was Sega's last hurrah? Would the GameCube have been awarded the same treatment all these years later had it been Nintendo's last console? Could it be the 9/9/99 release date? Is it just a cooler and easier to remember date?

Or is it found memories of a console that really did usher in the "next-generation" of gaming technology?

Every time I think about the Dreamcast (and I admit my memory isn't always the greatest), I recall great times had with first-generation titles like Crazy Taxi, Ready 2 Rumble Boxing, Soul Calibur, Tokyo Xtreme Racer and Power Stone. There were also the excellent follow-ups like Seaman, Jet Grind Radio, Shenmue and Resident Evil: Code Veronica. Even looking back at these games, I have fonder memories of them than most PlayStation 2 games that I played at around the same time. 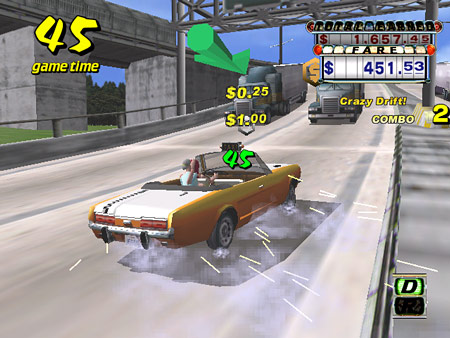 And while they played great, I absolutely loved the look of these games. They were perfect for the types of games being made for the console. (In hindsight maybe that level of graphics just wasn't enough for the gaming public or developers any longer—you only have to look back at the support and attention lavished on the PlayStation 2 to see that.) I always hold Sega's Crazy Taxi, Midway's Ready 2 Rumble Boxing, Capcom's Power Stone and Namco's Soul Calibur as shining examples of Dreamcast games and they were the launch or near-to-launch titles. In look, feel, execution, they were excellent Dreamcast games and games in general.

When we started getting to games like to the utterly weird and wonderful Seaman, Space Channel 5 or ChuChu Rocket!, the Dreamcast was already hitting its stride. Sadly, it wasn't long after this that the plug was pulled.

I guess I also have a boatload of nostalgic feelings towards the Dreamcast. When I think back to those games I find myself wishing for sequels and not just straight ports or even remakes with next-gen graphics.

And it's not like I forgot about the negatives either because there were a few. The controller was uncomfortable even in my small hands; the VMU was never used to its potential and stayed a heavy memory card; the online community was non-existent, unless you count the Dreamcast owners that discovered they could pirate software to their hearts content; and there was no Square or Electronic Arts support so that meant some of our favorite third-party games were MIA the entire life of the console.

(There are more negatives like slow support from retail outlets, the lack of a DVD player and a focus on online play when there wasn't much of a market for it in the console space. But these are mostly what lead to the Dreamcast's downfall and that's not the focus of my post.) 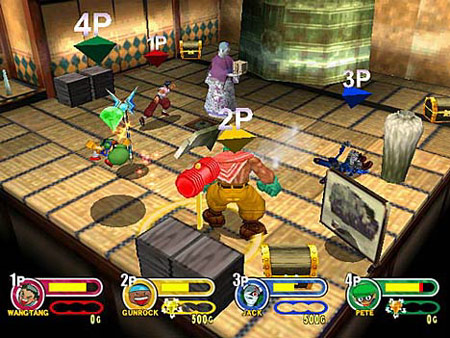 But the Dreamcast still shines in spite of it. Even to this day, with high-definition visuals becoming mainstream and competing consoles of its generation being derided for their lack of graphic fidelity, fans still embrace the games and the console.

Maybe that is what the Dreamcast is: home to games that just spoke to many who bought it. It had games like Shenmue and Skies of Arcadia—games that were rough around the edges, but showed enough promise to overcome any issues and provide a great playing experience. It had games like Crazy Taxi that you knew was a classic from the moment you saw it in motion accompanied by the kinetic Offsrping soundtrack. It innovated with quirky titles like Chu Chu Rocket!, Space Channel 5 and Seaman and it had arcade-quality fighters in Soul Calibur and four-player Power Stone. Rounding out the hits are Sonic Adventure and Resident Evil Code Veronica—games I didn't love, but are looked upon fondly by fans.

Even writing this now, I am still amazed at the content Sega and a few third-parties were able to release onto the console. Stylized, unique and often daring, they were made with a sense of desperation that anyone playing the game was only more than a little aware of. When I think about it, I recall these games almost as if pulled from a golden age. Peter Moore in his blog spoke about covering every genre with its launch portfolio, but looking back at the Dreamcast, it was a console that seemed to just invent new genres and innovate current genres. That kind of innovation is often born of desperation. The desperation of a company that wants to regain its footing can take a chance on something new instead of retreading the old standbys.

So maybe that is what the Dreamcast is. It is the home of failed promises. Even after the Dreamcast, Sega really didn't match its output when it went third-party. Granted, it made some sequels to these Dreamcast games, but it just seemed to be trying to milk those intellectual properties and not actually move the goal line forward. Whatever magic Sega was able to imbue upon its Dreamcast releases was lost on future projects for the other consoles. Maybe that is what we see in the Dreamcast. It's a last hurrah for creativity.

This anniversary I really would like to understand what it is that has earned the console such a following and I'm asking readers of this blog to offer up their conclusions, beliefs or even memories of the consoles and try to explain its popularity.

Have at it. Our comment section is open so post your thoughts and memories of the Dreamcast.

My dreamcast still works if I stack up about 4 hardbound books on top of it. I’ve kept that partially defective game system in storage for the past 6 years because it was the last big console purchase before the big gaming drought during my apprenticeship. Likewise, I loved so many of the launch games. (Confession: NOT Code Veronica) 🙂 But for the most part, I think it was the quirky games like Samba d’Amigo that kept me buying games after the console’s cancellation. I’ll never forget bringing the DC and Samba to a family gathering with my future in-laws.… Read more »

It is a shame that the Dreamcast could not be acknowledged by the general public as the innovative machine I thought it was. However, given that Sega’s prior consoles (Saturn, Sega CD) were perceived as failing by the general public really hurt Sega when Sony (following its hugely successful PS1) was presenting an image of “We kicked butt with PS1! Now get ready for the next level!” Why the Dreamcast stays with me as a favorite console is because I felt Sega put forth a effort that said “We’re giving it all we got! We hope you like it.” It… Read more »

I put off getting a DC until I got a PS2. I had the cash so i took a chance on the DC for $100. Yeah it was a nice little console but it didn’t compare to the PS2. The PS2 had the games I wanted to keep playing and the DC just had some nice Sega ones. It bugged me that if I had waited I would have gotten a chance to play all of Sega’s DC games on the PS2 eventually anyway.

I was one of those people that didn’t get a Dreamcast until it was practically being given away. Remember those insane deals? I was one of those people that looked at that was like. Ok, NOW I’ll get one. 🙂 I enjoyed my DC. I got a few games off friends who had already sold their system. I got to play Blue Stinger (hated it), Crazy Taxi (loved it) and The Carrier (hated it) for nothing. I got Shenmue and absolutely loved it even though I spent a lot of time in the arcades and not finishing the game. Seaman,… Read more »