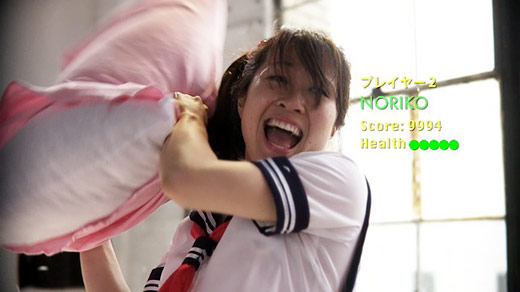 Starting this Thursday, the New York University Game Center will begin screening it's first Film Series. This series consists of four short films, each dealing with at least one aspect of the gaming culture. Each film will feature a brief introduction by Game Center Researcher, Charles Pratt, and followed by a Q & A session with the creators of the film.

Play! (February 24) – This short film that imagines a not-too-distant future where video games have become indistinguishable from reality. A collaboration between between filmmaker David Kaplan and game designer Eric Zimmerman, this film uses videogames as the metaphor for the very human search for meaning and identity.

Beyond the Game (March 10) – This documentary looks at the culture of high level, high stakes Warcraft III. Following to of the top players, Grubby and Sky, up to and beyond their meeting at the championship match of the World Cyber Games.

GET LAMP (March 31) – A documentary tracing the history of the text adventure, this film examines some the most important moments in the forms development and talks to some of its most influential creators.

I Got Next (April 14th) – Our final film takes a look at the Street Fighter scene, and the players who make it one of the most vibrant gaming communities in the US. It follows the resurgence of the fighting game scene after the release of Street Fighter IV through the eyes of some of its top competitors, including Justin Wong and Mike Ross.

Again, the event begins this Thursday (February 24th) promptly at 7:00pm in the Tisch School in the Skirball Center for New Media at 721 Broadway, Rm 006. The series is open to students, faculty and the general public.