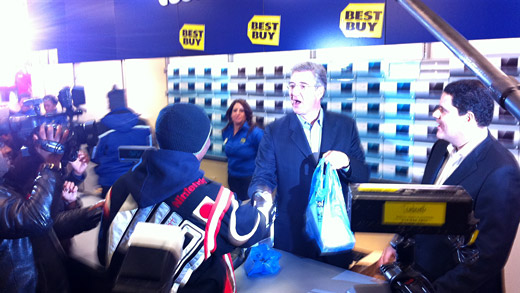 It was cold, it was dark and it was crowded on Sunday morning at 12 midnight outside of the Best Buy in Union Square, New York City. That combination would usually keep people away from launch events like this one. And maybe it did because Joystiq's Ben Gilbert reports that the numbers were not as large as expected. Still, there was a healthy number of early adopters on hand to be (arguably) the first in the United States to say they own Nintendo's new piece of tech, the Nintendo 3DS.

Nintendo pulled out all stops for this launch event. It secured a key location (Union Square Manhattan), a large consumer electronics store (Best Buy) and on this day it and Best Buy did their best to entertain, satiate and educate anyone who attended or wanted to just check out the technology.

There were food trucks and hot dog vendors outside keeping the crowd fat and happy on hot dogs, tacos and drink. And I did say entertained. VentureBeat's Dean Takahashi reported that entertainment was provided in the form of live music and demos of games for those gathered. There game demos were probably the best idea seeing as how much of a personal experience 3D on the 3DS might be. This is thanks to a combination of limited viewing angle,  the inability to market the 3D on 2D monitors, TVs and magazines, personal preference when it comes to how much 3D you might be able to tolerate, not to mention the off chance that your eyes and brain might not even be able to perceive the 3D on the handheld's screen at all.

Reggie Reggie Fils-Aime, president of Nintendo of America illustrating how big a deal this launch the 3DS is for Nintendo. Hot off the release of the iPad 2, an announcement of the Next-Generation PlayStation (NGP) and a daily flood of smart phones, Nintendo needs to get the word out in as many interactive and creative ways as possible. This launch event it just one of the many ways Nintendo will try to excite consumers about 3D portable gaming.

The numbers aren't in since today (Sunday) is still the launch day. Expect numbers to roll in on Monday or perhaps the end of the week (Nintendo's fiscal year end) or even later depending on how well or poorly things went. 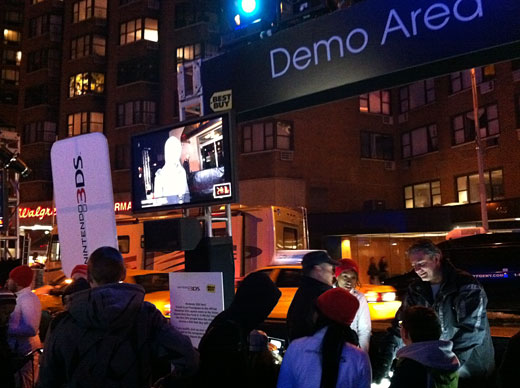 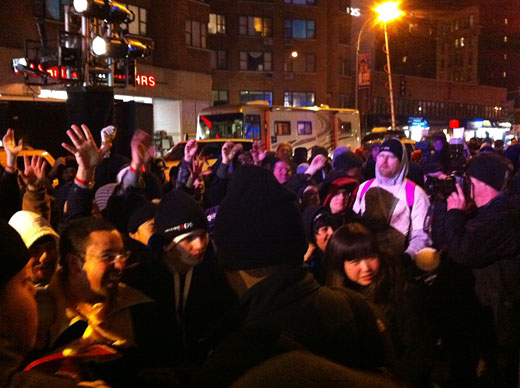 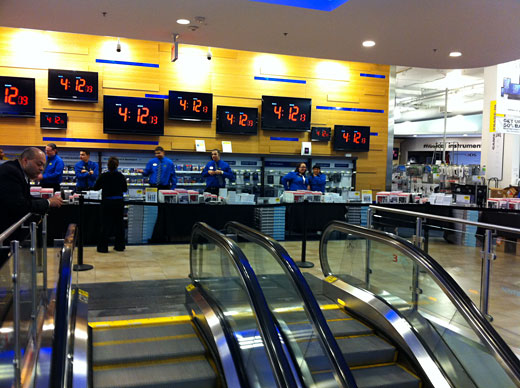 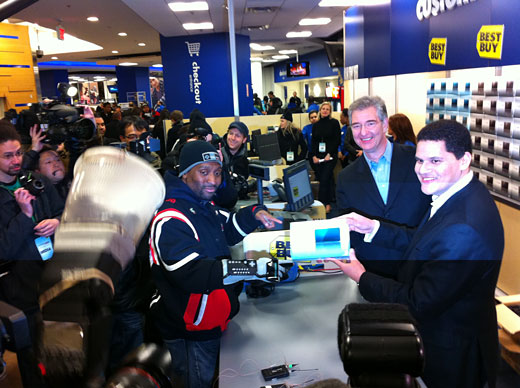 I just made a comment in the forum section relating to 3DS launch day sales.

I went into a Target 4 hours after they opened and the sales clerk in the electronics department said that he hasn’t sold a single one since opening. He was expecting a crowd of people at opening.

It’s just not the right time of the year to launch a system. Guaranteed this christmas season it’ll be flying off the shelves.