So you're Nintendo. You've been sitting atop the handheld mountain for like 20 years. During that time you've seen challengers come and go—Atari (Lynx), NEC (TurboExpress), Sega (Game Gear), SNK (Neo Geo Pocket Color), Bandai (Wonderswan) and finally Sony (PlayStation Portable). All of these devices possessed features and technology that surpassed anything Nintendo offered, but Nintendo still outsold them and did so with a single, very simple philosophy: release cheap, existing technology with a long battery life, at a low price. It worked so well that with every new competitor, Nintendo would fall back on that practice.

It was only with the Nintendo DS that Nintendo would (successfully) stray from this philosophy and incorporate something technologically innovative in the form of a dual-screen setup in addition to the implementation of touchscreen controls. In hindsight, it wasn't that big a deal given how relatively low-tech by today's standards, but it was actually a big risk. If you think back you may remember the jokes about cross-eyed young gamers and the mockups of a handheld—usually a Game Boy Advance SP—featuring about 10 screens jutting out of its sides at all angles. It marked an end to Nintendo's practice of simply fitting more and more powerful chips into a small formfactor with better TFT and LCD screens. With the success of the DS, Nintendo has moved in more unconventional directions and took more chances to separate itself from the pack.

Nintendo obviously wasn't just doing that out of the goodness of its heart. One could argue that the DS was born from the realization that it could literally no longer afford to go that route. After the Game Boy Advance SP everyone, including Nintendo, was expecting Nintendo 64 and GameCube innards to be shrunken down and crammed into a handheld and released. Faced with rising R&D costs and competition from manufacturers with much deeper pockets, this road only led to diminishing returns. Think of the Nintendo DS as Nintendo's abrupt left turn. 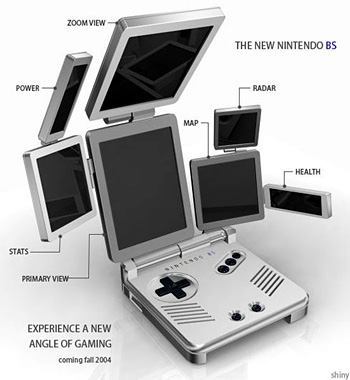 Sony, as you would expects did not share that sentiment. It went down that precise road—we got a beautiful widescreen display, a "large" optical storage medium and processing power that was reported to rival that of the PlayStation 2. It was what gamers, Sony fanboys and developers had been asking for for years. With Nintendo dominating that space, many felt that the handheld market was strictly the terrain of younger gamers small, simple games compared to what consoles offered. The PlayStation Portable (PSP) was supposed to bring adult games (and adults) back to handhelds. During the buildup to its launch and immediately after that, Sony seemed to have been on the right track.

The PSP was all anyone talked about. People I knew, especially women, wondered why I was "playing" with a DS—like I was playing with a toy—when Sony has a sexy, movie-playing, music-playing, game player already on sale. Then Nintendo dropped Nintendogs and Brain Age. All the talk about the PSP sort of stopped and we all know what happened with the race between Sony's PSP and Nintendo's DS.

While the PSP was not the DS-killer many thought it would be that didn't mean Nintendo's handheld was impervious to attack. While it had beaten back the PSP, the times were a'changin'. Cell phones and smart phones were ubiquitous and as their technology improved, the ability to play games cheaply and easily was a growing feature. However, it was the splintered nature of the market that prevented service carriers from producing a standardized platform quickly enough to effectively sell games on cell phones and smart devices.

As is usually the case, the biggest threat came from an outsider. After years of dismissing questions of its interest of entering the games business, Apple has finally gone fullbore towards games as a way of further increasing its appeal and forcing game developers and publishers to take note and look outside of the usual suspects for content delivery. And it finally has Nintendo's attention.

Earlier this May, several sources were reporting that Nintendo's Satoru Iwata told senior executives at Nintendo that the race with Sony was over and that it was time to focus on the new "enemy" in Apple. Of course, you can debate whether the race with Sony (or Microsoft for that matter) is truly over, but its not difficult to see why Iwata would feel the need to focus on Apple. Apple has marketshare, the very nebulous "mindshare", the technology that people want , not to mention a fervent following of Apple fanboys in the general public and the media that probably dwarfs any following Nintendo still posses after the four years of selling the Wii. 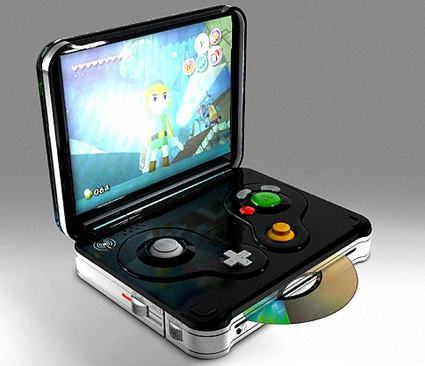 What Apple has going for it: 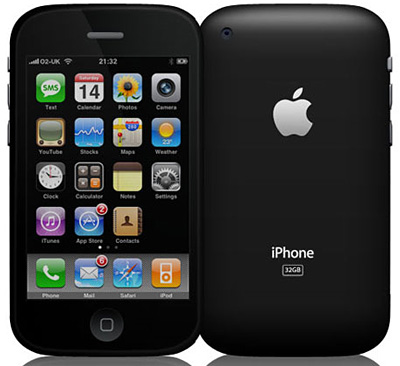 That is just a quick overview of what Apple brings to the table. For Nintendo to compete, I think it needs to:

The next challenger is indeed Apple. Nintendo has gone on the record calling Apple out—that's somehting it never did before. It's either the sign of a company that let recent successes cloud its perspective or a company that knows where the biggest threats to its bottomline lie. Recent moves and announcements, however, point to the latter. It has acknowledged some weaknesses although begrudgingly and promises changes. But is that enough to fight against the deep pockets and momentum of a media darling like Apple? We'll find out this summer after E3 2010. Just remember that the Sony PSP was the handheld console that everyone thought they wanted until they got a Nintendo DS and a copy of Nintendogs. Nintendo just needs to unveil the technology and let us know immediately why we need it.