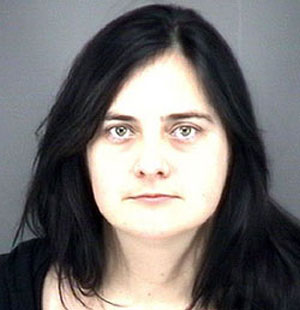 …there are some real crazies out there. And they seem to be able to find you with alarming ease.

07/01/2007: An Australian woman was charged with attempting to abduct a child after trying to get her Internet boyfriend, 16 at the time, to accompany her to Adelaide, Australia. Tamara Broome (pictured,) 31, met the teenager on the online role-playing game World of Warcraft, and the two engaged in an Internet romance during which they discussed marriage. Broome flew to North Carolina, where the boy lived, telling her housemate that his parents had paid for her ticket so they could "sort it all out." She was arrested after stepping off an Amtrak train in South Carolina, jailed and held on a $2.35 million bond.

Some are just unfortunate, perhaps not too intelligent souls. 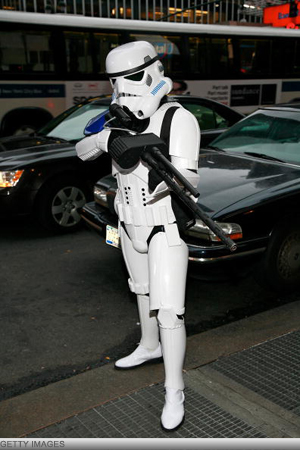 05/25/2007: On his way to a photo shoot for the Australian daily newspaper MX, a 32-year-old Star Wars 501st Legion member — in costume as an Imperial Death Star guard — was arrested for carrying his replica laser blaster in plain view. The "weapon," worth about $500, was sticking out of his backpack, causing concerned shoppers at a retail complex to alert security guards to the matter. The stormtrooper, spotted eating breakfast at the food court, was pinned to the ground and handcuffed by Victoria police. The arrest reportedly caused a wave of alarm to sweep followers of the Dark Side, who say they wish to maintain cordial relations with Earth police.

Click that link and you'll find 18 other such stories sure to scare the hell out of you or make you laugh til you cry.