Who could have imagined that the next evolution or revolution in maps would have been influenced by videogames?

Jack Schulze and Matt Webb, creators of the "Here and There" map, were indeed influenced by games—even some not so obvious ones—but games were just one of many influences. (This is probably a good thing given how limited most in-game maps actually are.)

So far it is simply available in poster form, but a 3D-perspective melded with a top down view would seem to have profound applications outside of gaming. Not that gaming wouldn't see a benefit. Gaming worlds are getting bigger and navigating them can be as daunting as navigating the streets of Manhattan for some of us. A "Here and There"-influenced map would be a godsend. 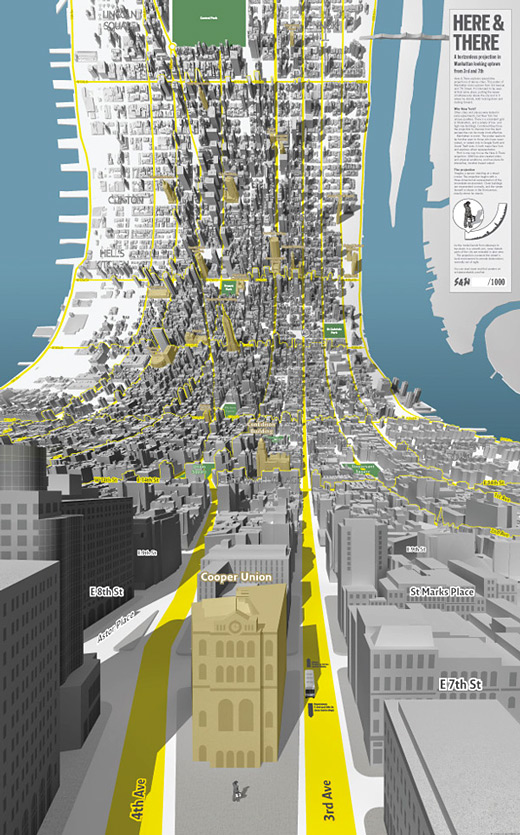