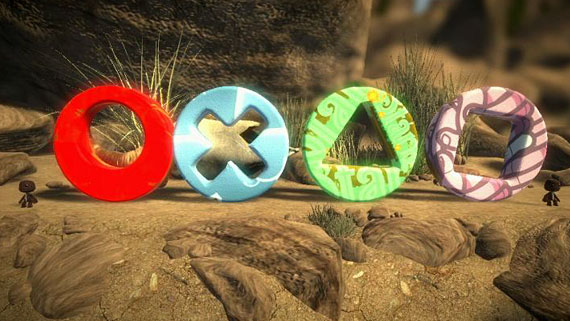 This isn't the first time Sony tried its hand at giving PlayStation owners the ability to create content for its console—anyone remember the Yaruze? Well, unlike that obscure piece of expensive tech, LittleBigPlanet is a trojan horse—a software development toolkit in the guise of a videogame that will automatically create content that Sony can just take and resell to whomever it feels like. So far gamers are more than happy with this arrangement, but as familiarity with the software and ambition of the content creators grow, so will their desire to reap some benefits from their labor.

"…we could all be working for Sony, crafting and sharing levels that Sony owns outright. Perhaps some of those levels will end up being packaged as downloadable content, much the same way that fruit of some of LittleBigPlanet's best beta players is being packaged with the official release.

But how does the equation change as user-generated content becomes less a matter of remixing existing intellectual property by 'modding' a game and starts to look more like the creation of original work? What happens when the systems game developers build for us are less games than platforms for the creation of new games?"

People can still create levels and post them for free right? From the article it appears the issue is about ownership right? I don’t know if people will “desire to reap some benefits from their labor.” It may or may not happen, i mean look at youtube. Some people certainly spend a lot of time (too much time) trying to make funny videos that they reap no finacial benifit from. I can see the issue of ownership, however, but it can be broken down into a simple Marxist critique. Are the owners of a product those people who make it… Read more »