"In a four-page written order, the Florida Supreme Court today affirmed a referee's recommendation to permanently disbar controversial Miami attorney Jack Thompson. The action, which takes effect in 30 days, means that Thompson will no longer be licensed to practice law and may not apply for reinstatement. Ever."

Ding, dong, the witch is dead.

He fought and clawed for every second of television time he could get in his crusade against Grand Theft Auto (starting with Part III). Backed by a paranoid media and hysterical family-groups, he became their champion of against violence and children and evil videogame companies that wanted to encourage children to murder prostitutes. However, any investigation on the part of these groups, or the media for that matter, would have revealed that Jack Thompson was the last person you would want to be associated with. 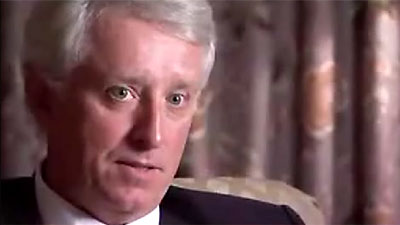 He was always looking out for himself and would any opportunity to use a cause and eventually the courts to get his name in the newspaper or on television. It was only in the last couple of years or so that the media began to back away from its former darling. And after five years of making gamers’ lives miserable, the courts have finally had enough and will remove his law license. Whether that will make him disappear is debatable, but it is a start.

Embarrassing.
Can an attorney really be banned for just being really annoying – not that I’m at all complaining?

Can you imagine not just being fired, but permanently fired for being annoying?!
OUCH!