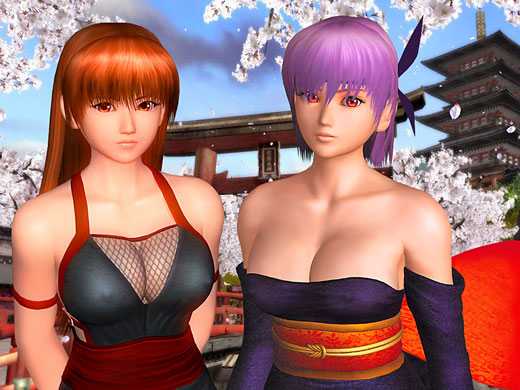 Is Dead or Alive: Dimensions

The Dead or Alive series has never pretended to be anything but what it was. It featured nubile, scantily-clad women with entertaining breast physics that kicked and punched opponents across a fighting ring or stage. It was a game aimed squarely at young men and over the years it catered to that demographic to much success.

Dead or Alive has held the distinction of being a launch game for many new consoles so a 3DS version made sense. Young men might want to buy 3DSes too.

Apparently, it might not make much sense for Sweden. While gamers in the US and other territories had the option of picking up or not picking up a copy, Swedish gamers might never have the option.

It seems Nintendo of Europe has decided not to release the game in Sweden through its local distributor Bergsala. Dead or Alive Dimensions features girls under 18 (Kasumi, Kokoro and Ayane) and one of the features of the game is to snap pictures of the ladies.

It's unclear whether the game actually does break Swedish law, but as with many situations where gaming and the real world collide, this is probably just an overreaction on both sides. Some consumers have supposedly complained to retailers while others have supposedly threatened to do so. Nintendo of Europe seems to want no part of this and is not even going to bother releasing the game in that territory.

This is what distributor Bergsala told Swedish website Gamereactor:

"Nintendo of Europe is due to various circumstances have taken the decision not to distribute the game in Sweden. They do not want to go into detail about why, but says there are several reasons. So unfortunately I can not describe how Nintendo reasoning on this.

The game is not reported to the police of anyone as far as I know. However, I know that there were consumers who had threatened that the police notify the game. It need not mean that the game really is contrary to any Swedish law."

I agree with you here. This smells of total overreaction on Nintendo’s part.

So a few people complained, there isn’t actually a law being broken. Show some cajones will you please and just release the game.

Listening to consumers isn’t bad, but there would be a ton of other games not released onto the market if you bowed to consumer pressure.