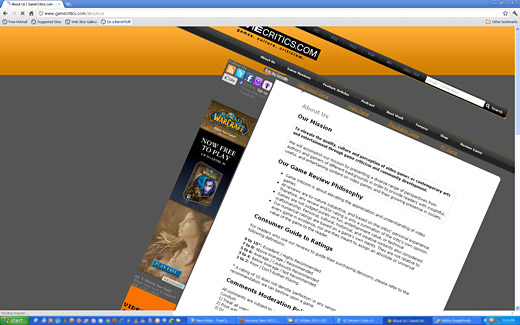 Just when you think Google has become nothing more than another cold, evil, money-hungry corporation, comes another of their cool search engine Easter Eggs.

This one is for the video game geeks out there whether they are seated in the Microsoft, Sony or Nintendo camps. This particular Easter Egg involves Nintendo's Star Fox 64. For those that don't know: In the game a character named Peppy was known to tell the lead character to do with at almost every opportunity. It was a line repeated so often that it became synonymous with the franchise.

Here's what you do. Go to Google.com and type in "Do a barrel roll" (without the quotes) and watch the magic happen.

If you want to pull of a barrel roll on any website, the Wall Street Journal shows you how.

Kudos to Google for doing something so cool.

It’s funny how Nintendo hasn’t done anything to capitalize on this news. Surely, it has made its way around the offices at Nintendo of all places. Why no press release or why hasn’t the code or something similar (I don’t think Goodle owns the rights to CSS code) been incorporated into the Wii or 3DS browser? Another wasted opportunity for Nintendo to at least appear to understand the Internet.