What do you do when you're bored and have nothing to do? You post gaming news. So here goes: 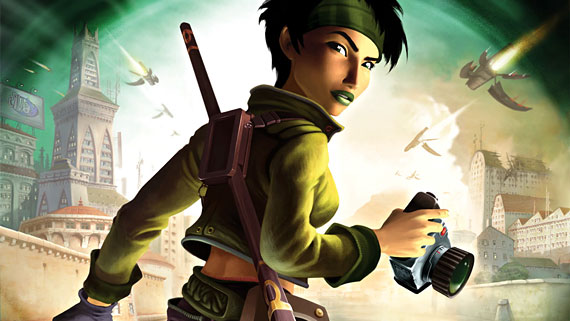 Beyond Good & Evil 2 In Development
Yumm. If that trailer is any indication of what lies in store, count me in!

What Happens if You Criticize Grand Theft Auto?
Daniel Weissenberger got to defend himself for giving Grand Theft Auto IV a mere 8.5 to MSNBC.com. Who else notices that the writer says the GTA fans were more rabid than Halo 3 fans? Clearly he (or she) didn't read the comments for our Halo 3 review.

Did Grand Theft Auto IV Deserve Perfect Scores?
Take a young medium full of journalists, critics and consumers unable to laud a new game that makes a great first impression with anything but perfect scores and cries of “best.game.eva.” and you have the unfortunate GTA4 situation.

Bushnell: New Encryption Chip to Effectively End PC Gaming Piracy
Right up there with Nintendo's Sataru Iwata's claim that ~512MB of memory will be enough for Wii users, is this bit of shortsightedness from Nolan Bushnell. Given the state of the PC market in regards to piracy, you want to support any efforts to stem piracy and hope this doesn't just become a rallying cry to hackers.

Why Sega Should Release a New Console
Sega used to be a great developer and if it were still able to make great games, I would actually see some logic in their trying to release a new console. However, I remember that Sega lost mountains of money on damn near all of its consoles which resulting in it going third party and finally "merging" with a Pachinko manufacturer. I believe that somewhere at Sega Sammy, there are some that remember that too. 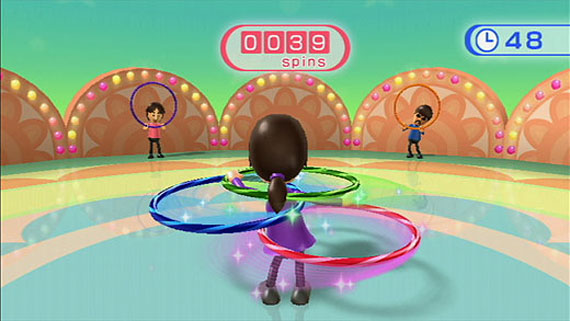 Wii Fit Shortage is a "Missed Opportunity" Warns IDC Analyst
Focusing on Europe is a smart financial decision in the short term, but Nintendo should realize that weak dollar or not most of the fatties in the world are right here in the US. Also, the longer it waits, the more customers it stands to lose—not from waning interest, but death from obesity-related illnesses.

Square Enix Considering Stakes in Competing Developers
After merging Squaresoft with Enix and acquiring Taito a few years back, Square Enix finally had no real competition in the Japanese RPG market. With a diminishing appeal of some of these games, both in and abroad, Square Enix is looking to branch out. It’s unclear what they plan to do though. When Squaresoft tried to expand beyond the RPG genre out a decade ago, we got The Bouncer and Driving Emotion S? Can we see a repeat performance here?

Rumor: Shenmue I and II Heading to Nintendo Wii
Porting past generation titles to the Wii worked for Capcom (Resident Evil 4 and Okami) so why not Sega? After all, Sega (Sammy) is having financial problems and is in need of a quick hit or two. That someone in power might be thinking Shenmue—an overhyped, underperforming niche series—is the franchise to help rescue the publisher only illustrates why it is in the mess that it is in right now.

The Legend of Zelda: Ocarina of Time Drops a Few Spots After Losing Review Source on Gamerankings
Time to let it go fellas. If anything, the fact that The Ocarina of Time has managed to remain at the top spot for a decade is far more suspicious.

Everything You Wanted to Know about Gaming and Sex (But Were Afraid to Ask)
Not exactly enlightening, but mimicking The Escapist Magazine's Zero Punctuation was a nice touch.

Konami to Take on Rock Band and Guitar Hero
Great. Another giant piece of plastic (or giant pieces of plastic) to clutter the living room.

Microsoft Says No New Xbox 360s in 2009
No "new" hardware, but that doesn't mean there won't be any "secret revisions" to the internal circuitry. Sad Red Ring of Death stories are increasingly ubiquitous and the more expensive, but less failure-prone PlayStation 3 is coming on strong.

Looking at those news stories, I am amazed that Beyond Good & Evil 2 is coming out. Even though it sold so poorly, its name could actually hold it back and Justin McElroy (currently of Joystiq.com and formerly of GameCritics.com) argued for a name change. I have to agree with that. If I ask any gamer buddies about Beyond Good & Evil 2, they'd of course ask about part one. After I describe part one, I fully expect to here: "Yeah, I heard it was junk" or "Yeah, I heard it was kiddy" or "You take pictures right? Not my thing." Whatever is said, people could reject the game because of the original. Hoping that gamers will come aboard a sequel of a game that didn't sell at all is expecting a lot.

Nolan Bushnell is in the news, promising the moon. I hope he can come through because the PC industry is hurting because of piracy when it should be soaring. Sega joining the hardware race again? Every generation we get at least some optimistic person calling for Sega to reach back to its glory days.

The Wii is selling like mad and could actually sell a lot more, but Nintendo is making a lot more money in Japan, Europe, and … well anywhere else but the United States. I hope the situation is cleared up soon because like I said above, short term financial success can cost the company in the long term if people are still expected to wait for Wii hardware two years after it launched.

And that's it. All the news that's fit to print.