Shigeru Miyamoto talks about the difficulties of producing and promoting Wii Music; some virtual marital disputes are making headlines; 1UP.com looks at the top non-sexualized female videogame characters… and can only come up with five; the Red Cross is creating games to promote the organization; and finally, some programmers rewrote Rare's Donkey Kong Country to the NES. 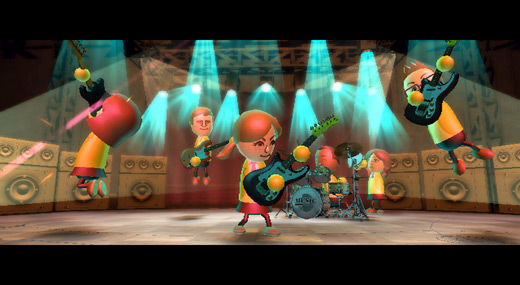 Nintendo is having a hard time selling Wii Music—there just might not be room for Wii Music with Guitar Hero and Rock Band. It's ironic too given the success Rock Band and Guitar Hero are enjoying with casual gamers—the market Nintendo is chasing with Wii Music. (This piece offers some great insight into making the game.)

'The game's director, Kazumi Totaka, has been with the company since the 16-bit era, but as a music composer, not a director. Miyamoto must have imagined that Totaka's great success as the musical wizard behind Animal Crossing would have translated perfectly into being able to design a music-oriented game.

This did not turn out to be the case. "I thought it would be a pretty natural progression (from composer to director)," Miyamoto said, "but what we found in the process was that it was difficult."

I love how the article is titled "Second Life Causes Divorce." Second Life didn't cause anything. This guy cheated on his wife, granted it was his virtual wife, but he was married to the person playing his virtual wife… I guess this is love in the 21st century. What's weird is that the woman has already moved on… she's got a new flame that she me in World of Warcraft. You can't make this up.

"After two years, the pair married—in real life and in the game—but Ms Taylor said she knew something was wrong. 'I had my susp­icions about what he was doing in Second Life,' she added. In February last year, she caught her husband's avatar, Dave Barmy, having sex with a call girl in the game."

In more online hijinks, a woman deals with her virtual husband in the real world after he divorces her in the virtual world.

"The woman, who is in custody on suspicion of illegally accessing a computer and manipulating electronic data, allegedly used the man's ID and password to log on and carry out the virtual murder in May, said a police official in the northern city of Sapporo, according to the AP."

A man wants the Japanese government to recognize marriage between a man (and it will be mostly men) and a manga (comic book) character. This isn't exactly game-related, but no less… interesting? I want to say troubling, but that doesn't sound very open-minded. It's also an eye-opener given recent events in the United States regarding gay marriage.

'"Taichi Takashita launched an online petition aiming for one million signatures to present to the government to establish a law on marriages with cartoon characters.

"I am no longer interested in three dimensions. I would even like to become a resident of the two-dimensional world," he wrote."' 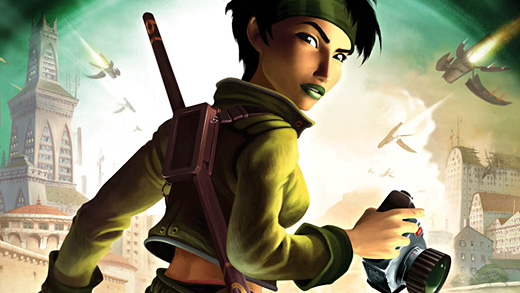 How sad is it that there are only five attractive female videogame characters that aren't walking "breasts with some hair on top."

"Samus is pretty much the definitive tough woman who doesn't need to advertise her femininity. Hell, most of the time she bangs around looking like a linebacker mated with a tank. She's frighteningly good at her job and realistically motivated. Best of all, her tragic origins have made her stronger, rather than vulnerable."

Muslims will soon be getting their own online social network/virtual world. On the surface it sounds interesting, but the reality will probably be pretty boring. I mean, how much fun can a social network be if it is being designed to be acceptable to governments that routinely censor online content?

'Muxlim Pal will aim to bring Muslim communities around the world together, but everybody interested in socialising in a virtual world without fear of stumbling across offensive content is welcome, regardless of their religion, he said.

"Some Muslim countries block access to some of the general virtual worlds since they are not Muslim and family-friendly," he noted. 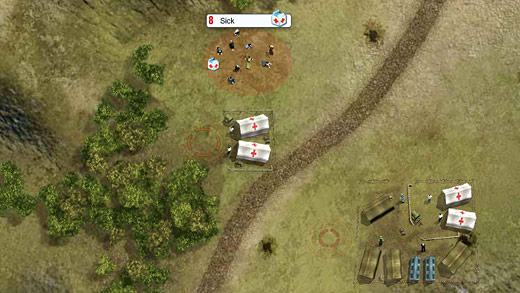 The Red Cross must realize that new tactics are needed to get the word out on what it does and why it such an important organization. A videogame, or more specifically, a real-time strategy game is a no-brainer and is available for play.

"In Emergency Response Unit it’s your call: Which tasks are most urgent? Are certain situations more critical? Which assets have to be deployed? Do you have enough material to get the job done? Time is running out!!"

The Red Cross is also tackling the Alternate Reality Game genre with Traces of Hope.

Vicious war in Northern Uganda has destroyed Joseph’s home and torn his family apart. He has one goal, to find out from the Red Cross if his mother is alive or dead. Now he has arrived in the dangerous camp they call Hopetown, he has 24 hours to track down the Red Cross messenger and he needs you to be his guide. He has a satellite phone, you have the web—together you’ll make a great team. Time is running out; guide Joseph through sickness, fire and violence as together you follow his traces of hope.

Donkey Kong Country… on the Nintendo Entertainment System. Does anyone remember the day screenshots of Donkey Kong Country first appeared in the pages of Electronic Gaming Monthly? This game probably single-handedly extended the life of the Super NES. And here we see comparable graphics reproduced on the less-advanced predecessor.