Sony delays LittleBigPlanet so as to not offend Muslims; Braid gets a negative review (not new, but still interesting); Obama uses Electronic Arts games to advertise to our kids; Uwe Boll gets a positive write-up; a London mayor decides he actually does love (money from) games; a study shows parents happy with games; new ESRB ratings (just for fun); Will Wright's take on DRM; and one lucky kids gets a cool Mega Man costume for Halloween. 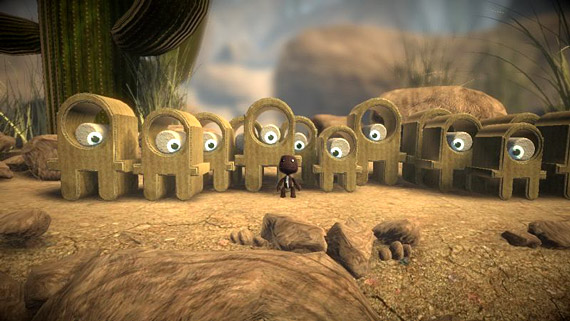 First up is news that Sony will be delaying LittleBigPlanet worldwide. It is unfortunate, but to play it safe and avoid an unpredictable backlash from the Muslim world, Sony will delay its most important title of 2008. It's all because of two expressions that can be found in the Qur'an are present in some background music.

"During the review process prior to the release of LittleBigPlanet, it has been brought to our attention that one of the background music tracks licensed from a record label for use in the game contains two expressions that can be found in the Qur’an. We have taken immediate action to rectify this and we sincerely apologize for any offense that this may have caused."

It wasn't just Soulja Boy that was missed out on the artistic wonder of Jonathan Blow's Braid. Tom Chick was left so unimpressed, he won't even bother finishing it before reviewing it:

"Braid is a true test. It doesn't come to you. It sits there as indifferent as a cat leaving you with nothing to do but sit and stare until you wise up or quit out. Or cheat like a chump by looking up the solution online. Braid is like having a really smart guy throw a brain teaser at you, and this really smart guy isn't going to just let you say 'I give up' and then tell you the answer. Which I'd find pretty annoying, but some people would totally be into. Braid doesn't exist to entertain you. It exists to challenge you." 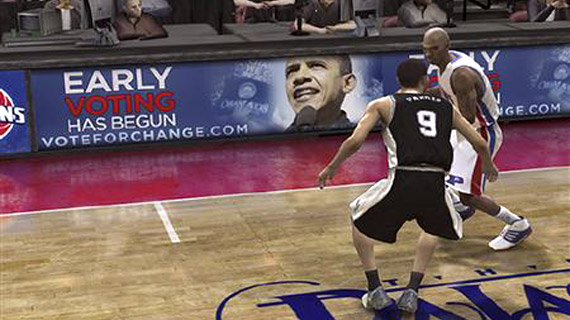 Just after the last Presidential Debate, it has been discovered that Barack Obama's campaign bought advertising in Burnout: Paradise. It would seem that this was just the tip of the iceberg:

"It turns out that Obama actually purchased ad time in 9 different EA games. The games are Burnout: Paradise, Madden 09, NASCAR 09, NBA Live 08, Need for Speed Carbon, Need for Speed Pro Street, NFL on Tour, NHL 09, and Skate. These ads are running in 10 different states, Colorado, Florida, Iowa, Indiana, Montana, North Carolina, New Mexico, Nevada, Ohio, and Wisconsin. This is interesting because in the last election, President Bush won all of those states except Wisconsin. The ads are supposed to run at varying lengths in these states from October 6 through November 3 for anyone on Xbox Live in one of these 'swing' states. This is in an attempt to reach out to the ever sought out demographic of males between the ages of 18 to 34."

The Escapist has an interesting feature about every gamer's favorite director, Uwe Boll. Maybe we were all wrong. Maybe if Alone in the Dark had a better script, a better cast of actors and no Tara Reid, the movie wouldn't have been as maligned. Maybe.:

"Though his predilection for ranting in the press may have created the image that Boll is, to put it gently, somewhat out of touch with reality, he's well aware of his reputation as a filmmaker. 'Especially in America, I'm totally wrong recognized. I'm recognized as a guy who only makes movies to make money, who makes primitive videogame-based movies. I'm used to dealing with it with humor. This is the way I deal with it.' Boll may use humor to keep from 'digesting' the bad reviews that he receives, but he's still genuinely hurt that he can't seem to get a fair shake from audiences or critics."

The Mayor of London, Boris Johnson, once a harsh critic of video games and the video game media, now loves games. Perhaps it had something to do with all of the money that games and the games industry were pumping into the local economy:

"I'm delighted that the London Games Festival is back in our city for its third year. It demonstrates the creativity and range of the gaming industry, which, as an important part of London's creative sector, makes a vital contribution to the economy as a whole," said Johnson in the official press release. "With events across the capital, the festival has something for everyone and illustrates the popularity of this thriving form of entertainment. I am pleased to see EA's Be The One event is returning to Trafalgar Square. It was an undoubted highlight of last year's festival, which reinforces London's position at the centre of one the most fastest-growing creative industries in the world." 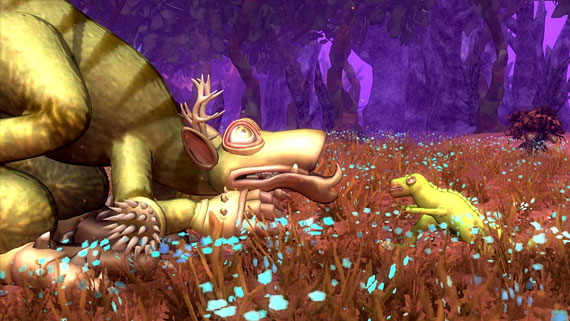 After all of the heat Electronic Arts has been taking for the DRM measures in Spore, Will Wright speaks out to defend the measures and deflect the heat away from himself as well:

"It was something I probably should have tuned into more. It was a corporate decision to go with DRM on Spore. They had a plan and the parameters, but now we’re allowing more authentications and working with players to de-authenticate which makes it more in line like an iTunes. I think one of the most valid concerns about it was you could only install it so many times. For most players it’s not an issue, it’s a pretty small percentage, but some people do like wiping their hard disk and installing it 20 times or they want to play it 10 years later."

Sony Online Entertainment sponsored a survey of parents and gaming. The results will be featured in the November issue of Family Circle Magazine and show that many parents—many more than any of us thought if you believe the survey—see positive results from their children gaming:

"The survey also discovered that parents and children today are playing games together much more often. 87 percent of parents said they are spending time playing video games with their children. Importantly, 80 percent of parents also said that they purchase all their children's video games. 'Family video game nights are becoming incredibly popular with the variety of games out there,' said Linda Fears, editor-in-chief, Family Circle Magazine."

Slobs of Gaming wrote a piece on extra ESRB Ratings that the industry should adopt to lets say "better inform buyers of who the game is made for":

"The Pervert rating should be a warning to the general public that if you're yearning for a round of Dead Or Alive Xtreme Beach Volleyball, sweating with the anticipation of private spank parties from behind locked doors, something's up. Way up. To be fair, games like Soul Calibur IV at least try to slip a good game underneath the heaving, succulent breasts of their female fighters. Rumble Roses XX does no such thing." 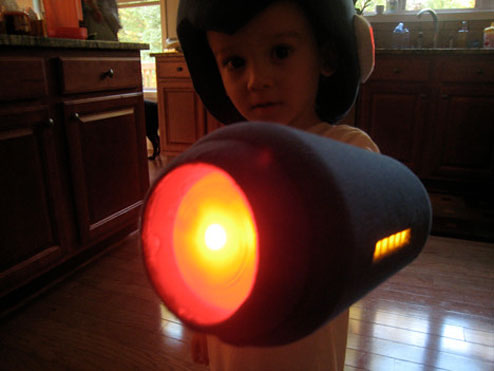 And finally, the cutest story has to be of the luckiest little gamer. This Halloween he gets to go as Mega Man thanks to a creative dad who must also be a fan of the blue robot. Of course, the little guy is probably asking, "What's a Mega Man?", but that's beside the point:

"Dad Kevin kitted his boy out with this amazing Mega Man costume, which is not only to scale (and comfortably fuzzy), but it lights up."

It’s now Media Molecule’s turn to speak on the LittleBigPlanet “controversy”. In its statement, the company says that it was prepared to release a patch to fix the issue, but Sony decided on something much larger in scope. You get the idea that Media Molecule was not thrilled with the decision, but is resigned to the fact that the matter is out of its hands. "Obviously Media Molecule and Sony together took this very seriously … within 12 hours of hearing about this issue involving a lyric (in Somalian, I believe!), Media Molecule had prepared an automatic day 0 patch… Read more »

Ironically, Sony’s move to curb any sort of backlash with its most crucial release of 2008 has resulted in some backlash, but not from what you might expect. A muslim group is taking Sony to task for taking steps to appease those who might be offended. M. Zuhdi Jasser, M.D., president of the non-profit American Islamic Forum for Democracy has criticized Sony for what he calls an overreaction to the complaints of a few. Of course it needs to be mentioned that he and the group he represents has neither played LittleBigPlanet nor heard the lines from the music in… Read more »