The Electronic Entertainment Expo (E3) is back; Playboy's Damon Brown wrote a book about virtual sex has evolved since the crude days of the Apple II and Atari 2600; the music genre surpasses sports as the second most played genre; patent for real-time censoring of audio streams; Microsoft finally gets its patent for real-time censoring of audio streams; and finally, fans have put together an elaborate handbook for anyone who can't wait for Nintendo to get around to localizing Mother 3. 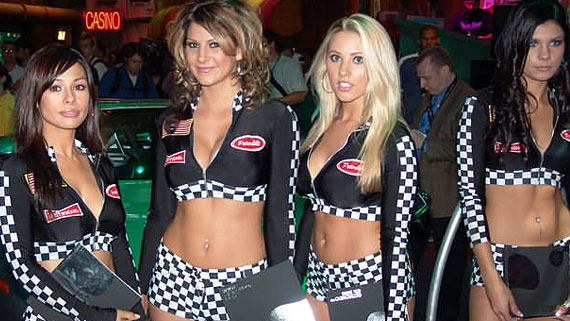 Break out some comfortable shoes, a bad for your swag and a digital camera for pics with all those booth babes (you know they are bringing them back) because the spectacle is back next year:

"Level Up has just learned that after long, bruising and politically difficult negotiations, the Entertainment Software Association is preparing to announce tomorrow that E3 2009 will take place at the Los Angeles Convention Center during the first week of June—and that for the first time, E3 will officially open its doors to the public at large. According to a source close to the process, the convention floor and meeting rooms will open on Tuesday June 2nd to media and industry professionals." 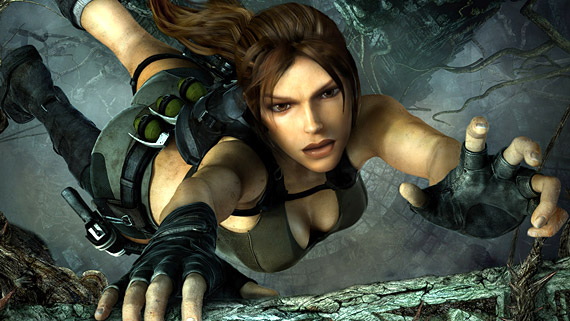 Perhaps a bit more than I wanted to know about sex in gaming, but I am still interested in reading the book:

"I think a big reason [for Lara Croft's enduring popularity] is that she was the first. Look at Ms. Pac Man and players' enduring love for her — the average person has a certain mistiness for her. It's not a sexual thing. She was the first major female character, period. In 1996, a good 15 years after Ms. Pac Man, Lara Croft was the first character in a mainstream gaming forum to actually become a sex symbol. She is one of those few symbols that came from the video game world that actually translates to the real world. She is this digitized being made by a nerdy guy in his basement—and all of a sudden millions of people wanted to have sex with her." 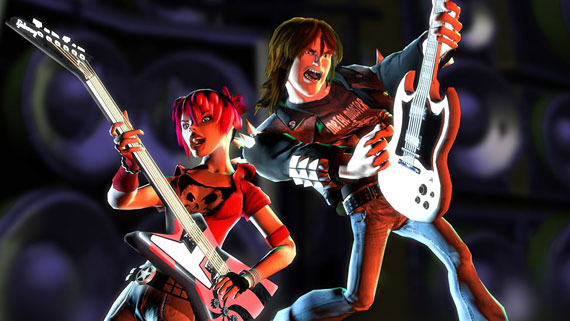 Come on, we all knew the music game genre was big ever since it got parodied on South Park:

"Music has overtaken sports as the No. 2 category for video games and has led to the highest adoption of video game consoles in years.

The results from market researcher Odyssey offer proof that the video game industry is expanding its audience and that game consoles are reaching a greater part of U.S. households.

Music simulations such as Guitar Hero and Rock Band have driven an explosion of growth in the category, said Nick Donatiello, president and chief executive of Odyssey in San Francisco. His firm has been tracking the ownership and usage of home media products on a quarterly basis since 1994."

The timing is pretty good. Although Microsoft would have loved to have had the patent way back in 2006, it can work to implement this technology to clean up Xbox Live for its new casual consumers:

"As PC gamers have known for a long time, and Xbox gamers have known for a while, playing against other humans online is a much more enjoyable experience than beating a computer. Thanks to the advent of teamspeak, you can game with others as if they were in your living room, without having to worry about them knocking their drinks over and staining the carpet. However, the somewhat anonymous nature of the internet means you also encounter individuals who lack the sort of internal filter that prevents most of us from blurting out streams of profanity that would make Mr. Tourette blush."

I feel guilty publicizing this handbook because once Nintendo gets wind of this, the whole endeavor will be sued out of existence.

"More than just a players guide, the Handbook has been written as a companion to Mother 3. We've scoured the game for months to ensure that we cover every secret in an entertaining, subtle way."

Thank God E3 is back. Now we all need to go to next year. I don’t think we’ve ever had a year where the whole GC contingent went together.