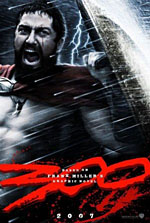 A few years ago, this headline would have read: Electronic Arts making three games based on the 300 IP. Now EA is giving the creators from other entertainment mediums a go at games. And can Joss Whedon or J.J. Abrams be next? One can only hope.

"ELectronic Arts will retain full ownership of the properties developed with Snyder, but will work with him and his production company Cruel & Unusual Films to potentially adapt some or all of the games as movies.

My understanding is that Snyder still hasn't even come up with his first game with EA (or at least both sides haven't settled on an idea), since the deal literally just closed. But given EA's huge emphasis on creating new IP, and Snyder's appeal to the core young male demo after "300," the deal does make some sense."