LOW Punishing and virtually unplayable for anyone who isn't an expert.

WTF Quite possibly the worst dialogue and story… Ever.

Video games come in many different flavors, and with so many established genres on the market, it's become exceedingly popular for developers to splice together game types and mix design elements in the hopes of striking gold. This is especially true in the indie gaming scene—recent success story FTL serves as a perfect example by combining a roguelike with space combat, and sprinkling in a healthy dose of RNG.

Leikir has attempted to concoct their own combination in Isbarah, with the obvious ingredients being platforming and ‘danmaku'—better-known as the shooter genre called Bullet Hell. On paper, it's a great marriage. Danmaku games have a rabid (albeit niche) following, and platforming is almost always a blueprint for success when executed properly.

Unfortunately for Isbarah, this mix falls short of greatness, hindered mostly by what appear to be budgeting constraints, short-sightedness, and never finding a hook that makes the work interesting enough for repeat plays.

In a general sense, Isbarah is a glorified boss rush mode. Is there a story? Yes, but the dialogue is so laughably poor that it would be better off not existing—stuff like rudimentary English sentences like "How dare you!" randomly placed between stages. The gameplay fares better than the writing, and is probably the best part of Isbarah.

Stages are broken into segments. The first segment has players platforming, using a mouse and keyboard (never a controller) in order to reach the boss. There are a few tools—a right-click lets the character dash, while a left-click produces a platform to stand on or stop projectiles with. Holding shift slows down time, which proves to be useful in dicey situations. With these tools, players must navigate through hazards to the boss.

From there, the player must (literally) charge up giant railguns scattered around, while also avoiding projectiles from the boss. Why are there giant railguns? Don't ask me. In any case, the railguns eat away at the shields, and then the third segment triggers.

Here, players must dodge even more projectiles, and this is the portion that most resembles a bullet-hell shooter. Finally, after dodging countless shots, the player can damage the boss by dashing into it. Repeat this process for however many lives that the boss has, and then it's over.

I admit that what I described might sound intriguing, but let me temper that enthusiasm. To start, this game is hard, and by hard I mean incredibly punishing even on the lowest difficulty setting. In my time with Isbarah, I struggled through the first few chapters only to hit a nasty wall of difficulty that I could simply not pass, despite my best efforts.

Of course, Danmaku purists with more experience and patience than I, will say I suck. And this is probably true. But, even if my skills aren't in the zone, most games of the type allow some way for the uninitiated to struggle through to the end. In Isbarah, the player always has one continue, with no way to earn more. Each life has three hearts, so that means the player can get hit a total of six times before kicking the bucket.

To me, one key to a great game is allowing all types of people to struggle through to the end, and then gradually taking off the training wheels to allow for self-improvement. There has to be a desire to pick up the controller and try again after losing; some drive to return and struggle forward after a defeat. Isbarah stomps on the player and offers seemingly nothing as incentive to keep going.

Isbarah also suffers in other areas besides its difficulty. While the art stills are interesting, there's almost no animation to speak of. The music is a limited selection of guitar songs that sound like they were made with Garage Band and don't create any sort of ambiance. In both audio and visuals, Isbarah is rough around the edges.

It's a shame that Isbarah falls so short because I believe there is a place in the gaming megaverse for a platformer/danmaku hybrid like this one. With more polish, it could have been a great mashup. As it stands, it will only appeal to the small segment of players who love punishment, but to those less skilled, it's got nothing to offer. Rating: 3.5 out of 10


Disclosures: This game was obtained via publisher and reviewed on the PC. Approximately 6 hours of play were devoted to the single-player mode, and the game was not completed. There are no multiplayer modes.

Parents: According to the ESRB, this game contains no rating.

Deaf & Hard of Hearing: The music is very poor, and turning it off might actually be a positive depending on your tastes. 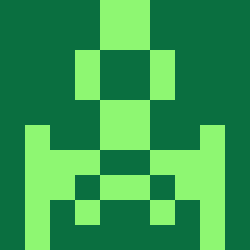