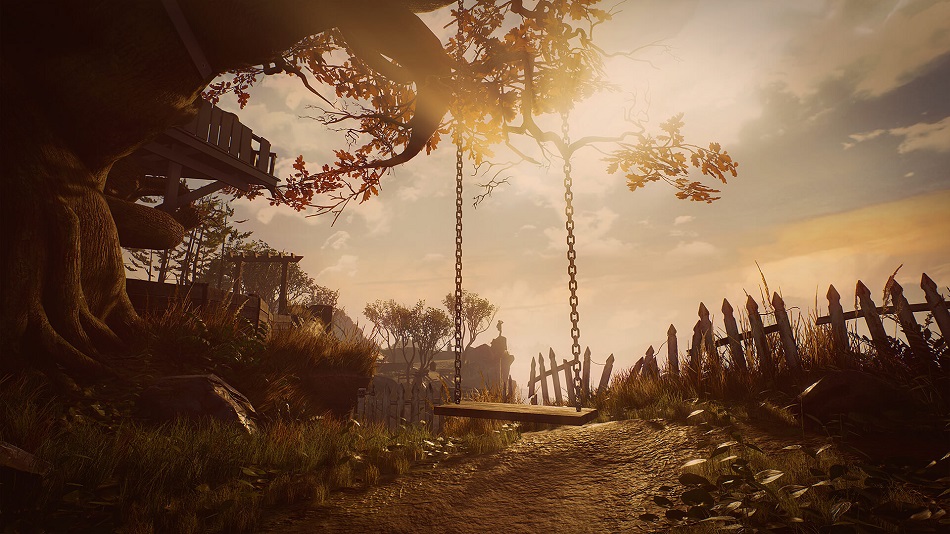 HIGH Swinging as high as I could with Calvin.

WTF Flopping through a forest as a shark out of water.

With a little more than twenty years of gaming under my belt, it still takes fewer than ten fingers to count the number of titles that have made me cry. When I completed What Remains of Edith Finch, I marked off another digit as I reached for the tissue box on my coffee table — and to be perfectly honest, that was the third time tears had fallen during this single-sitting adventure. Woof.

Giant Sparrow’s sophomore release (following 2012’s whimsical debut The Unfinished Swan) has players exploring the family estate of Edith Finch. After her mother passes away, Edith receives a key to her grandmother’s labyrinthine Pacific Northwest home where she spent part of her childhood growing up. With her mother’s passing, Edith is now the last living member of her sprawling clan, and she revisits the mansion after years away to investigate the secrets it holds and the bad luck that’s followed the Finches all their lives… although frankly, ‘bad luck’ is putting it mildly. Some believe the family is cursed, as many met their demise in (mostly) unconventional ways.

What Remains of Edith Finch is a first-person narrative adventure in the same vein as Gone Home, Dear Esther, and The Vanishing of Ethan Carter. The player’s main goal is to explore the abandoned Finch house for relics that shed light on family secrets. On the surface it sounds pedestrian, but the house has several sealed doors, multiple floors and hidden trapdoors everywhere — getting around requires some keen navigating. However, despite the maze-like exploration, Finch is ultimately about the story and its emotional impact rather than puzzle solving or quick-reflex action, and I’m happy to say it’s a home run. 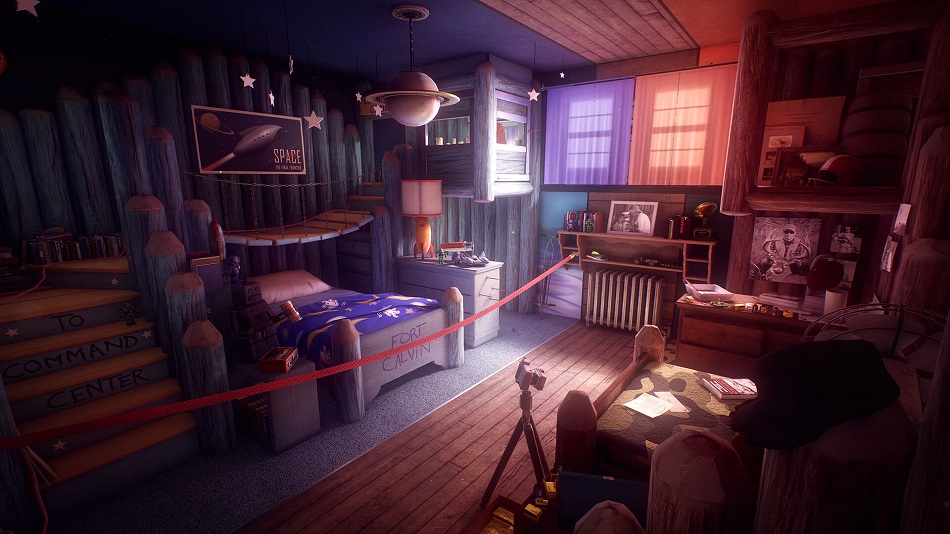 As I made my way through each dusty nook and cranny of the Finch house, I kept swinging back and forth between whimsy, dread, elation, wonder and grief as I discovered moments that defined each member of Edith’s family. Giant Sparrow weaves in unexpected and varied gameplay scenarios that encapsulate the spirit of each ancestor. Each relative has his or her own playable chapter, and none of them repeat the same tricks. One might feature storytelling through photography — almost Pokemon Snap-style — while another unfolds like a suspenseful comic book thriller.

The varied play styles and experiences are crafted to reflect each family member’s personality keeps Finch fresh and never rely on narrative game tropes, such as standing around reading journals or listening to boring audio logs. Giant Sparrow let their creativity and imagination run wild, and it elevates the gameplay far beyond that of its peers.

The unfortunate difficulty in reviewing a game like this that’s defined by its narrative is that I can’t say much more or I’ll end up spoiling the thing that kept me in a constant state of curiosity and wonder as I turned over each stone in the Finch legacy.  It sounds cliche, but this is exactly the kind of thing to go into knowing as little as possible. Trust me, the experience will be much, much richer for it.

Although it’s clear the experimental narrative adventure genre isn’t going anywhere anytime soon, What Remains of Edith Finch proves that videogames are still ripe with opportunities for deep, mature storytelling. Tissue companies might notice a bump in sales as long as developers like Giant Sparrow are around, too. Rating: 9 out of 10

Disclosures: This game is developed by Giant Sparrow and published by AnnaPurna Interactive. It is currently available on Playstation 4 and PC. This copy of the game was obtained via paid download and reviewed on the PS4. Approximately 5 hours of play were devoted to the single-player mode, and the game was completed twice. There are no multiplayer modes.

Parents: According to the ESRB, this game is rated Teen and contains violence, blood, drug reference and language. Although the game does contain these, everything is incredibly tame. The most violent acts show dead fish being decapitated repeatedly as part of a cannery’s process, partial views of an owl eating rodents in first-person and a shark chomping on a seal’s flipper in first-person. The language and drug references are tame, as well.

Deaf & Hard of Hearing Gamers: Edith Finch contains a lot of dialogue as players walk around, and subtitles are stylized around the world instead of being standardized on the bottom of the screen. Usually the camera auto-turns toward these stylized subtitles, but it’s possible to miss some of them.

Remappable Controls: This game’s controls are not remappable. The Y axis can be standard or inverted, and a reticle in the center can be toggled on or off. Edith Finch is mostly controlled by the thumbsticks and one shoulder button for interactions.

I’m glad I played this. It’s not perfect, and I wasn’t as emotionally moved as you were, but I was floored by some of the innovations in storytelling. It’s an extremely clever experiment that doesn’t overstay its welcome.